Chinese company Amazfitwhich also belongs to the wide Xiaomi ecosystem, is introducing its fourth generation of popular and affordable smart watches. The news comes via the IFA 2022 exhibition in Berlin under the label Amazfit GTR 4, Amazonfit GTS 4 a Amazfit GTS 4 Mini, while following on from their predecessors from last year or from the first and second generation products.

New smart watch Amazfit GTR 4 they offer a circular design modeled on previous generations. However, a thicker border around the display with the minute hand, which also rises above the surface of the screen, is returning. The display has technology AMOLED and the diagonal 1,43". The duration of a single charge will be 14 days with standard use.

The watch supports up to 150 sports modes, while it can recognize up to eight of them automatically. There is also an advanced mode called "Track Run" and a novelty called "Golf Swing". The company also announces a connection with the Adidas Running and Strava services. 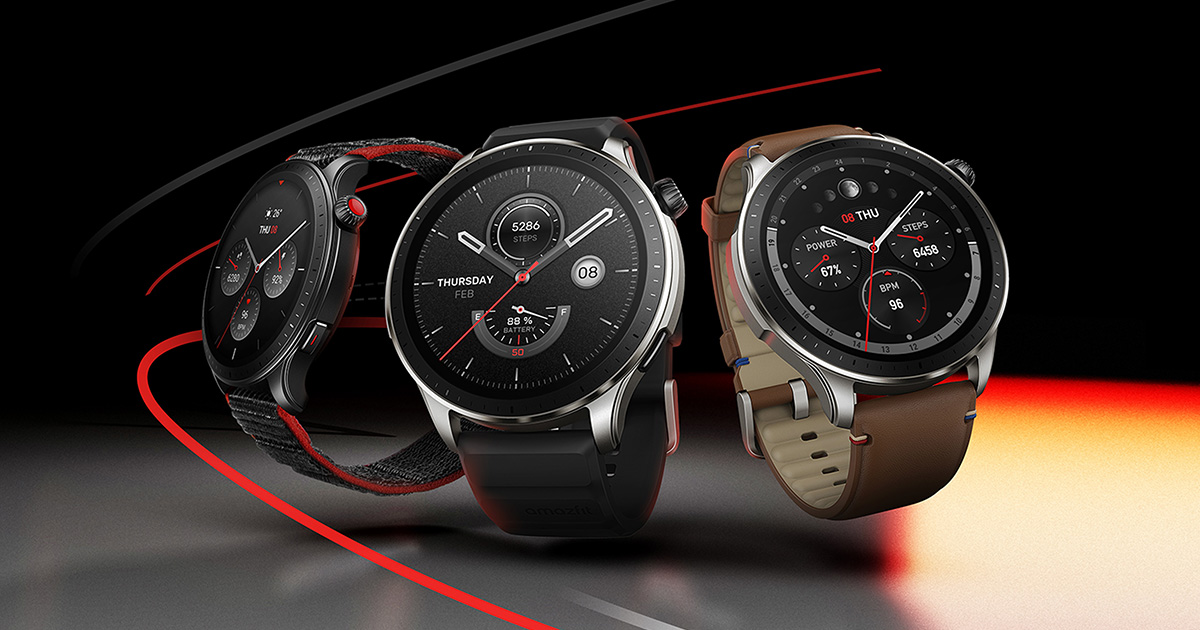 However, the first-named may not be available immediately after the official presentation. In the future, the update will also bring the function of transferring the route from the Zepp application directly to the smart watch.

Among other functions, we can mention the integrated loudspeaker for phone calls, intelligent assistant support Amazon Alexa or dual-band GPS (with access to five satellite systems, the sixth system is calculated after a software update).

The device offers a number of functions for health and sleep monitoring or the BioTracker 4.0 PPG optical sensor. This sensor should be up to 33% more accurate than its predecessor.

The oblong model with the label has also received an update Amazfit GTS 4. It is the largest watch of the fourth generation, their AMOLED the display has in this case up to 1,75″, as opposed to 1,65″ for the GTS 4 Mini and 1,43″ for the GTR 4. The battery life for this watch should be around one week with standard use. 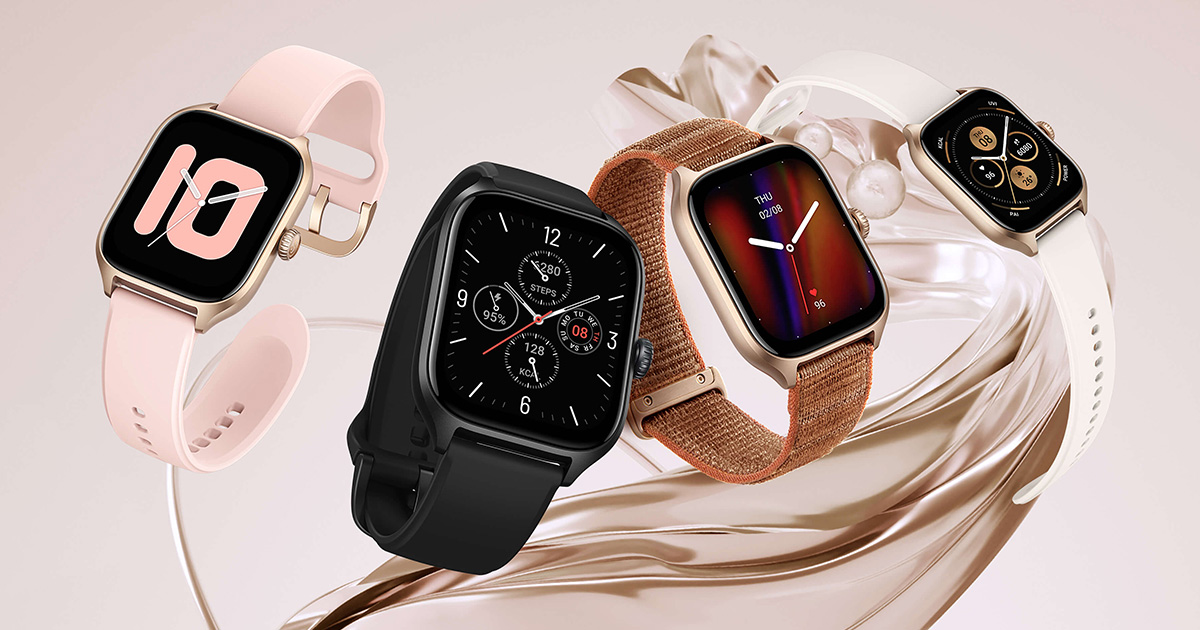 Even in this case, there is an innovative optical sensor BioTracker 4.0PPG, as well as dual-band GPS or a pre-installed operating system Zepp OS 2.0 from the manufacturer's workshop. In terms of monitoring functions, it offers equipment identical to the GTR 4 model, with which the watch also has the same starting selling price. They also support phone calls, dual-band GPS or quick replies to SMS messages.

Elegant color design with label InfinityBlack it only offers a black metal body and a black strap. The other versions subsequently have a gold chassis and a silicone or replaceable leather strap.

The last of the three novelties is a compact model Amazfit GTS 4 Mini. The latter is half the price of the Amazfit GTR 4 and GTS 4. These watches were revealed last week in the USA, so their global presentation for Europe is a logical step. The premiere on the German market should be supplemented by other European countries in the near future. 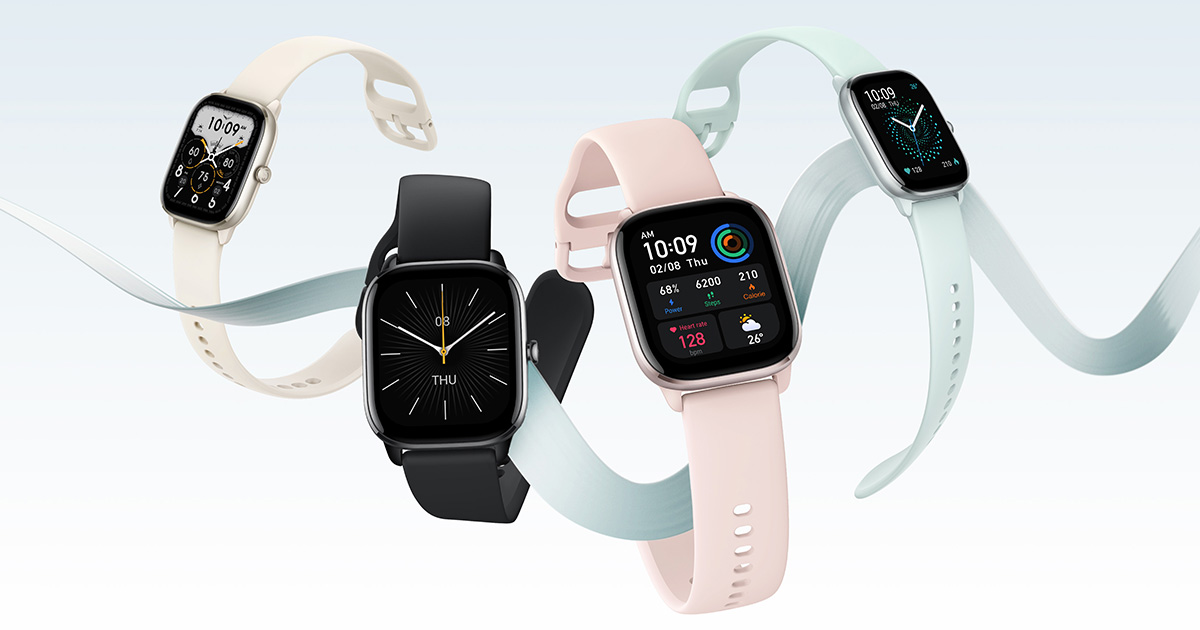 They offer in equipment 1,65 "AMOLED resolution display 336 x 384 pixels and the resulting finesse at the level 309 ppi. The equipment also includes Always-On Display function, with minimal impact on battery life. It stopped at a value of 270 mAh and will offer a endurance of 15 days with standard use or up to 45 days in battery saving mode.

Just like other smart watches from Amazfit, i GTS 4 Mini they offer 24-hour heart rate monitoring, an SpO2 sensor, stress monitoring and more than 120 sports modes. By the way, they also support the so-called "intelligent recognition".

This allows you to automatically record the mode of selected exercises without your input. You will be pleased with GPS connectivity, as well as increased resistance to water and dust with certification 5 ATM. It is also an operating system Zepp OS 2.0.

The manufacturer has already published the official global availability of the new trio of models. The watch will be sold gradually in selected markets in Europe. As well as at selected partner sellers. Model Amazfit GTR 4 will be sold in Racetrack Grey, Superspeed Black and Vintage Brown Leather.

How do you like the trio of new smart watches from the Amazfit workshop? If you have any other questions about  Amazfit GTR 4, Amazonfit GTS 4 or Amazfit GTS 4 Mini, you can write them to us below, in the discussion below the article. Follow our group on Facebook: Xiaomi Planet - A place for real Xiaomi fans as well as our portal Xiaomi Planet and find out more.

The new version of MIUI 13.1 is already close to the official presentation. These are the first 43 smartphones to be updated