Photographic features of a smartphone Xiaomi Mi Note 10 they are undoubtedly excellent at what she has accomplished also our review. However, we can no longer use the same statement for the overall performance of the smartphone, which has been considered a necessary compromise since the introduction of this model and has not met the expectations of all fans.

However, the good news is the upcoming update with the system Android 10, which could improve the overall performance of the equipment. Several devices have already received MIUI 11 updates from Xiaomi, but not all have received a new version of the operating system from Google.

Improve smartphone performance Xiaomi Mi Note 10 declares Xiaomi itself in its contribution. The lines below reveal an improvement in overall system performance as well as faster fingerprint recognition.

But that's not all. Poor optimization of the application for photography was also a common reproach from the users' point of view, especially during use full 108 MPx. After the update, this issue will also be improved, the actual time taken to take and save the photo will be improved, and some other errors in the system will be fixed.

According to the Chinese manufacturer, the update with the system Android 10 it will arrive sometime in mid-April / April 2020, ie in a few weeks. However, this is true for the Chinese Xiaomi CC9 Pro model, but the European Mi Note 10 should follow it very soon.

The arrival of the update itself should mean a comfortable and faster use of the smartphone My Notes 10 respectively. its Chinese version CC9 Pro. 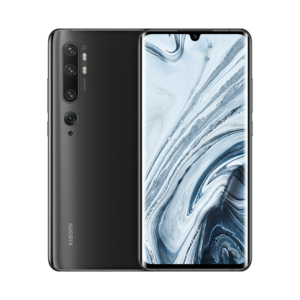 I want it
Close
Current price:  €0  more expensive than average
You need to know this before you buy. See instructions!

TIP: Express delivery from a European warehouse free of duty and VAT.

You are using a smartphone Xiaomi Mi Note 10? Which of its features would you improve? Feel free to write us your observations in the discussion below the article.