Mi 10 Ultra and Redmi K30 Ultra in the global market? According to the certification, yes

Will the Xiaomi Mi 10 Ultra and Redmi K30 Ultra eventually be available in the global market? The new certification indicates this

It is true that a few weeks ago we reported that Redmi K30 Ultra and Xiaomi Mi 10 Ultra will not come in a global version to Europe. But it was not a lie.

Xiaomi in fact, it has officially stated on its Twitter profile that these 2 smartphones do not plan to bring them to the global market. In recent hours, however, there is evidence to suggest that Xiaomi has changed its mind.

Mi 10 Ultra and Redmi K30 Ultra in the global version?

Xiaomi seems to have changed his mind by 180 degrees and the latest company has left the two devices certify two organizations, which usually do nothing else, only certify smartphones coming to our country or Europe in general.

These are certificates Google Console a Bluetooth SIG.

As is already known, the above certifications Google Console a Bluetooth SIG they always apply to smartphones or other technological devices, which should soon be launched in Europe as well. Among the latest devices certified for our country are, for example, new headphones Mi True Wireless Earphones 2 Pro .

Now they are also added to the list Xiaomi Mi 10 Ultra a Redmi K30 Ultrawhich were not originally planned for the global market.

Above we can see the certificates from Googlewhich shows a brief list of specifications that fit with originals issued in China. In fact, we know that devices coming to Europe often have different characteristics, but this is not the case now.

smartphone Xiaomi Mi 10 Ultra will be powered by a processor Snapdragon 865 from Qualcomm, with Redmi K30 Ultra receive MediaTek Dimension 1000+. Both will of course have the latest of course the latest Android 10.

In the second picture we can see another certification, which confirms the arrival of one of the two smartphones in the global version.

In the picture above we see the certification for Redmi K30 Ultra originating from database Bluetooth SIG . Again and again, this only indicates the fact that the device is about to be launched on the global market.

Why did Xiaomi make that decision?

Because it was created by Xiaomi fans public petition, which has received thousands of signatures, Xiaomi seems to have decided to please people and bring the ever - in - demand smartphone models to the global market. 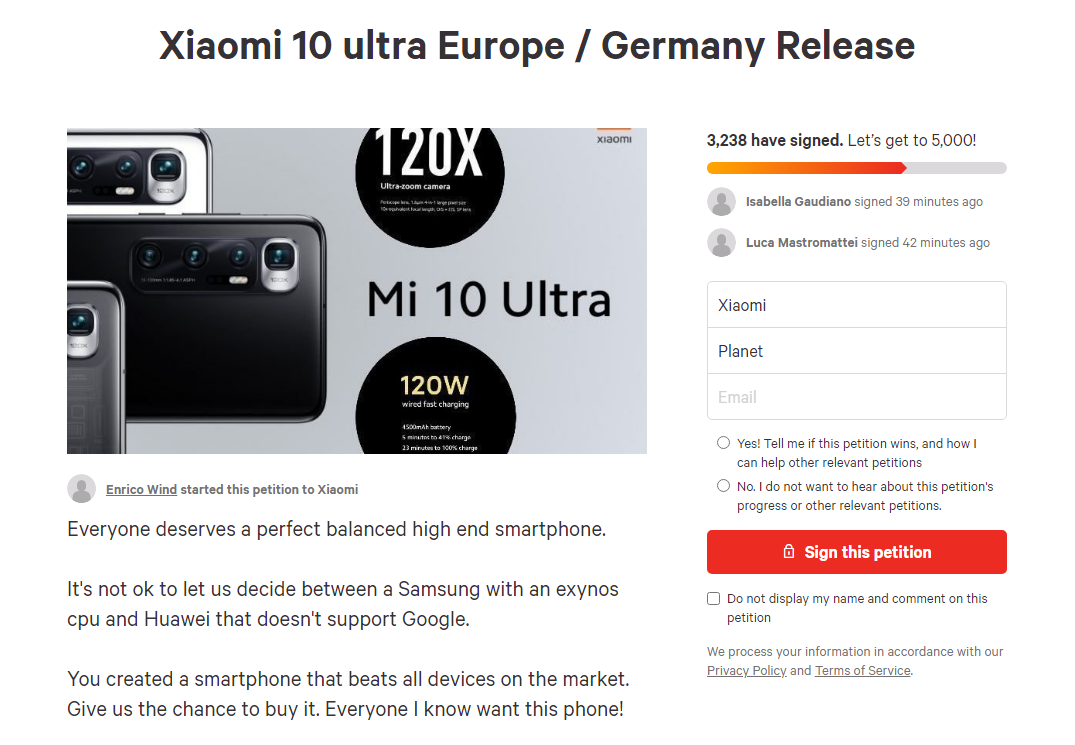 However, there is also a fact that he shared on his own Twitter product manager Xiaomian, Daniel D. He said some time ago that smartphones will not come to the global market "yet". Is it the right time?