Amazfit GTR vs Amazfit GTR 2: What has changed and is the new generation better?

The second generation of popular watches Amazfit GTR 2 brought several significant improvements. There is an improvement in the monitoring of sports activities, but also sleep and Wi-Fi, Bluetooth and GPS technology. How will the comparison with the older but more affordable alternative turn out?

The first generation of this watch with the label Amazfit GTR 47 mm we also had the opportunity to test in our editorial office. If you are curious about how the full review turned out, you will find it at the following link.

The first generation of watches offered 1,4 "AMOLED resolution display 454 x 454 pixels and a fineness of 326 ppi. The circular design of this display offers relatively thick frames, which are, however, metallic and complement the final design of this product very well. On the right side there is a pair of control buttons. 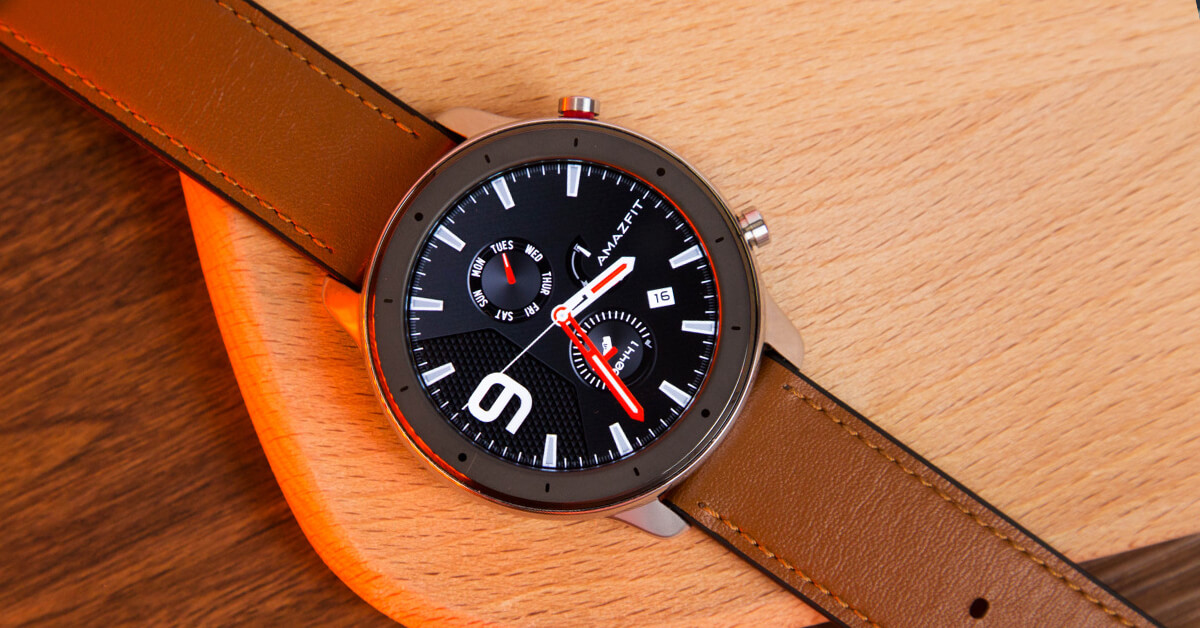 The second generation will offer very similar 1,39 ″ AMOLED panel, which, however, offers the same resolution and finesse at 326 ppi. A great element is high brightness up to 450 rivetswhich is comparable to smartphones.

The novelty is in terms of design 3D curved elegant glass with a carbon surface anti-scratch level hardness 9H. 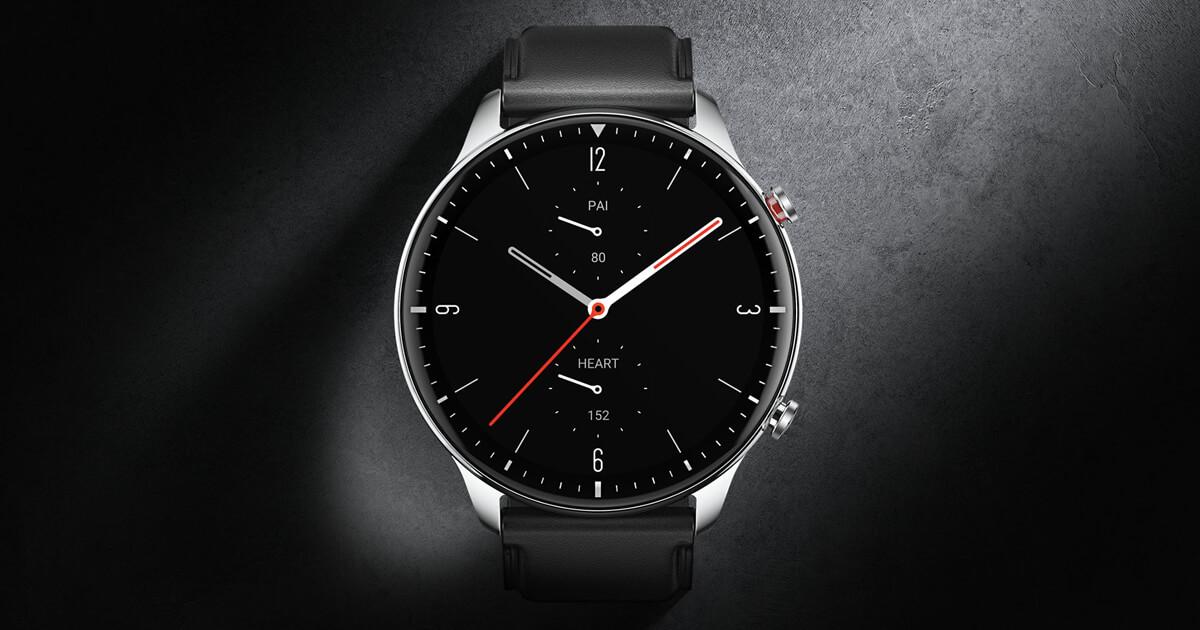 Amazfit GTR 2 it is also equipped with laser-engraved lines for displaying minutes and also offers a pair of buttons on the right side. The previous generation had a similar design line on a metal round frame.

Amazfit GTR offer Bluetooth 5.0 technology for connecting to a smartphone and proper operation of notifications. There is a lack of GPS + GLONASS technology, but also water resistance at the level of 5 ATM up to 50 meters. It also has BioTracker technology, as well as a capacitive and barometric sensor and a 6-axis accelerator. 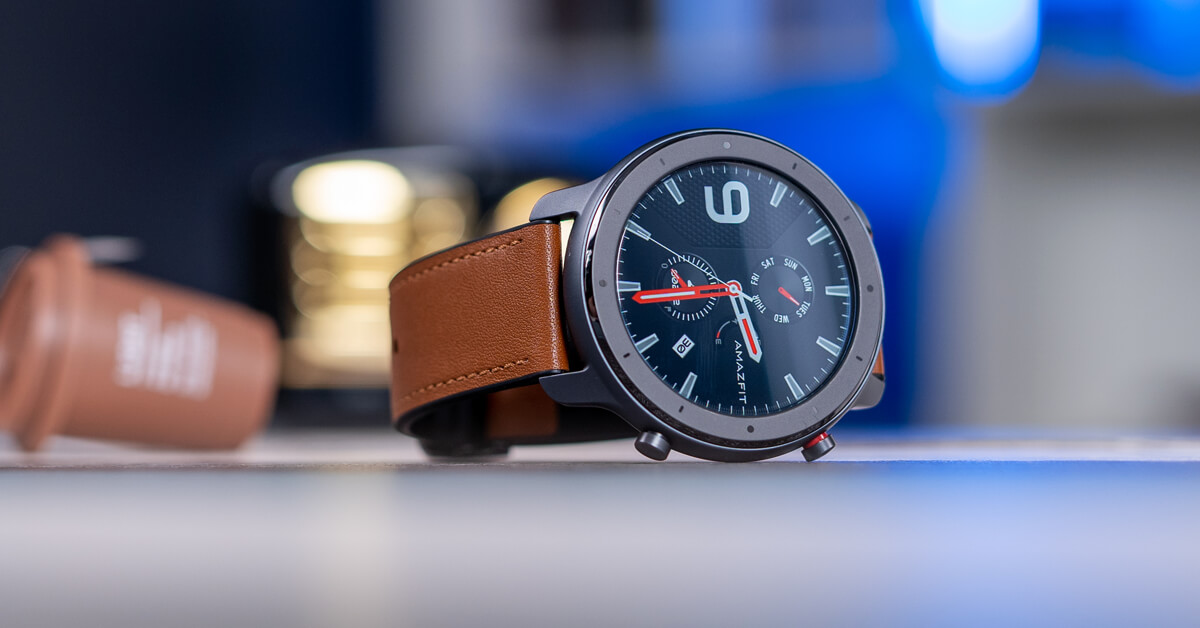 Newer GTR 2 In addition to the same connectivity, they will also offer Wi-Fi 6 technology. This allows an Internet connection for XiaoAI voice assistant (China only).

The trio of integrated ones will also please linear speakers, which we will not find in the first generation. Both watches also support the NFC chip for AliPay payments, but currently only in the Chinese market.

This section is clearly dominated by the new generation of GTR watches. They got the equipment 4 GB internal memory, which can store 300 - 600 songs in MP3 format. You don't have to carry a smartphone with you during training and you connect the headphones directly to the watch. 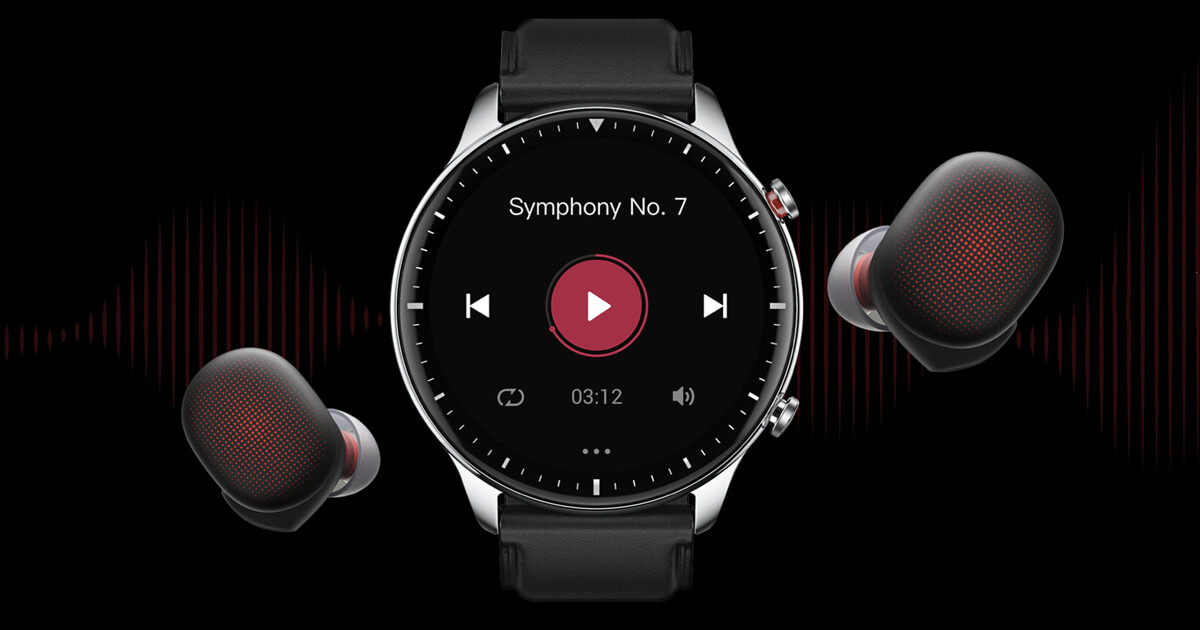 A huge advantage of the new generation Amazfit GTR 2 is possibility to receive incoming calls directly through the watch. This is made possible by the integrated speakers and microphone.

Both generations of watches offer the same 12 sports activities in the offer of sports monitoring. There is a calculation of steps, calories, distance traveled, its location via GPS and GLONASS technology, as well as the PAI health index, which was also available in the first generation. Both also support the official Zepp app. 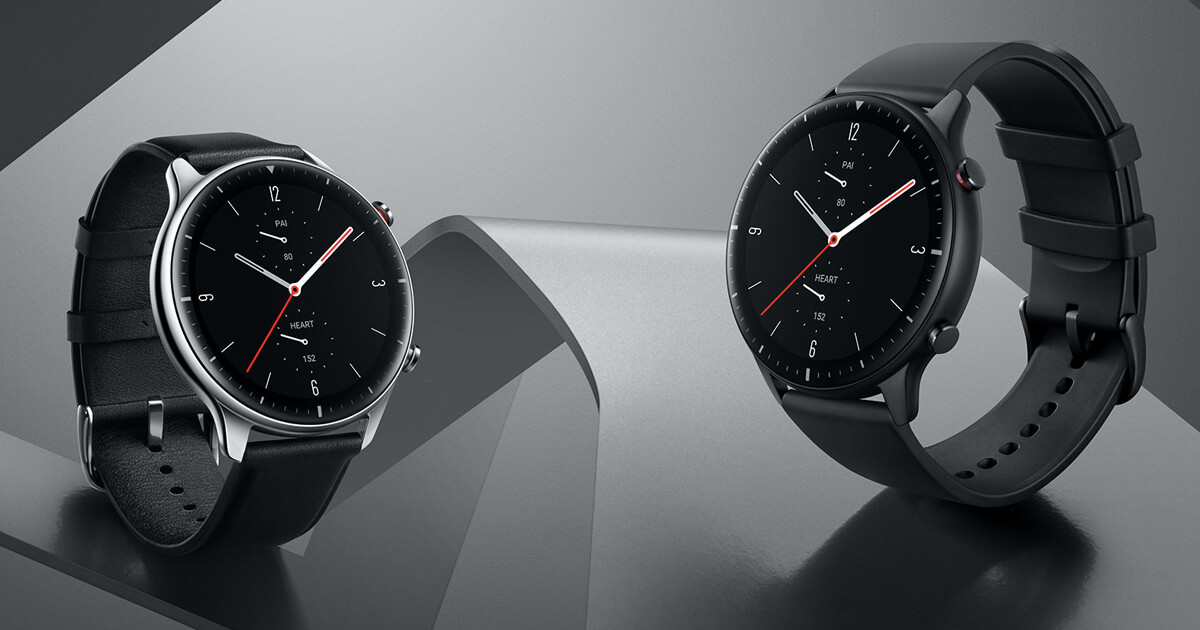 However, what the second generation can boast of is the new system OxygenBeats, which measures the value blood oxygen (SpO2) automatically and for 24 hours. Also, the recognition of sports activities is automatic and the manufacturer plans to expand them to 90 species in the future.

We can't forget about either SomnusCare technologywhich improves sleep monitoring. It is automatic and recognizes not only the phases of sleep, but also breathing during sleep.

You will find the mentioned pair of technologies only in the new generation. The first generation also offers sleep monitoring, which is not as advanced and the difference is noticeable.

Older watches dominate in this category Amazfit GTR with less features and a 410 mAh battery. This watch will last up to 24 days in standard use. Limited battery saving mode extends battery life by up to 74 days. With constant monitoring with GPS connectivity, endurance is around 40 hours. 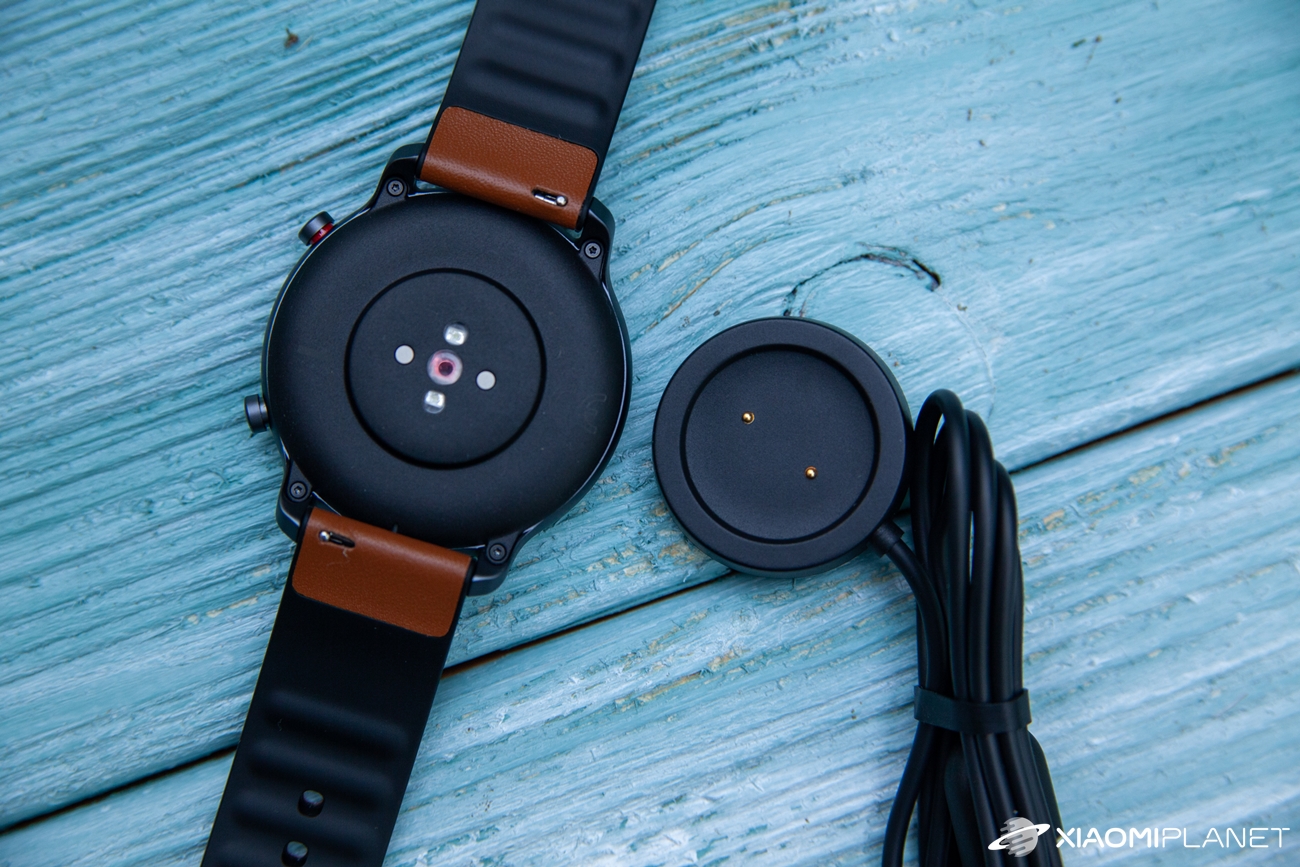 The availability of the first generation is still very good and you can find the watch in the current offer of international dealers. Model price Amazfit GTR with a 47 mm dial is currently at the level of 105 € / 120 USD. 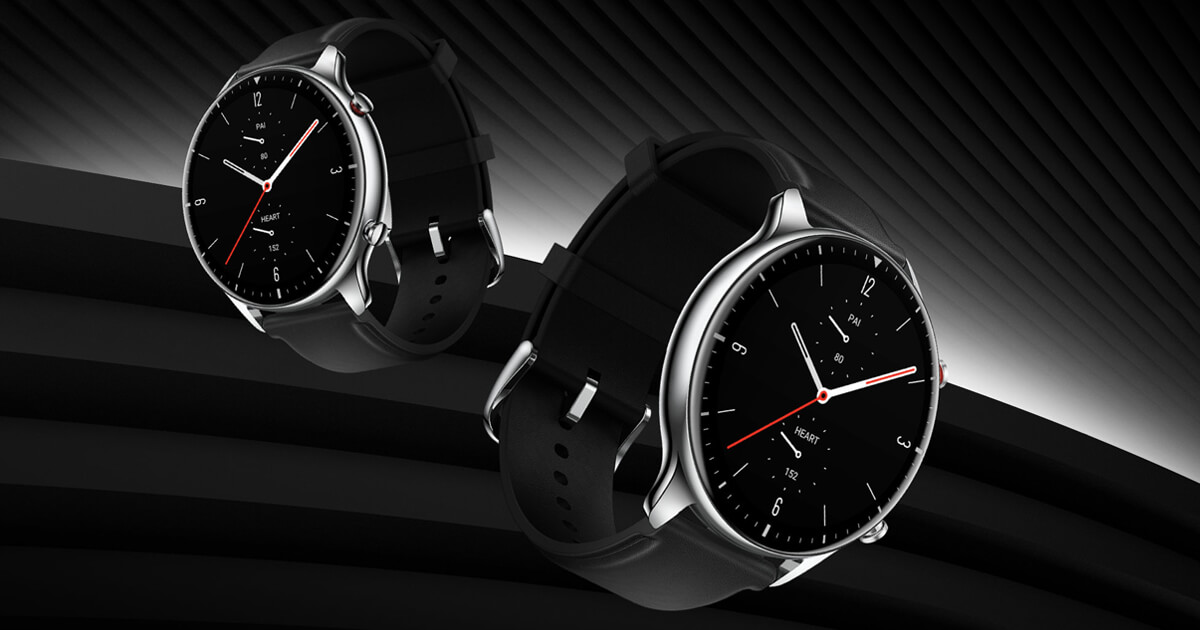 New with a label Amazfit GTR 2 is not yet for sale on the international market. They are currently only available for China and their official price varies depending on the version.

These are recalculations of official prices for the people of China. We had no information about global availability and pricing at the time of writing.

From our point of view, the clear winner of this comparison is the newer model Amazfit GTR 2. It offers extensive monitoring, but also additional functions in the form of measuring the value of oxygen in the blood. We can't forget about Wi-Fi technology, Always-On display and high screen scratch protection.

The first generation Amazfit GTR however, it doesn't have to be ashamed at all and is a great alternative if you want to save some tens of euros compared to the new generation. It pays off with its ever-current design, support for GPS connectivity, but also significantly higher endurance on a single charge.

The first Redmi smart watch was certified. They should be presented in October