February 25, 2021 will be a relatively important day for the technological world. In addition to presenting the expected flagship series of smartphones called Redmi K40 we will also see the unveiling of a new family of laptops RedmiBook Pro.

We have already written about RedmiBook Pro laptops in several previous articles. Redmi's latest CEO, Lu Weibing, has revealed a complete design that closely resembles that of an American competitor.

The official design of RedmiBook Pro

On the poster below you can see what the devices from this series of laptops will finally look like. The manufacturer is definitely largely inspired by Apple, which we do not perceive negatively, on the contrary. 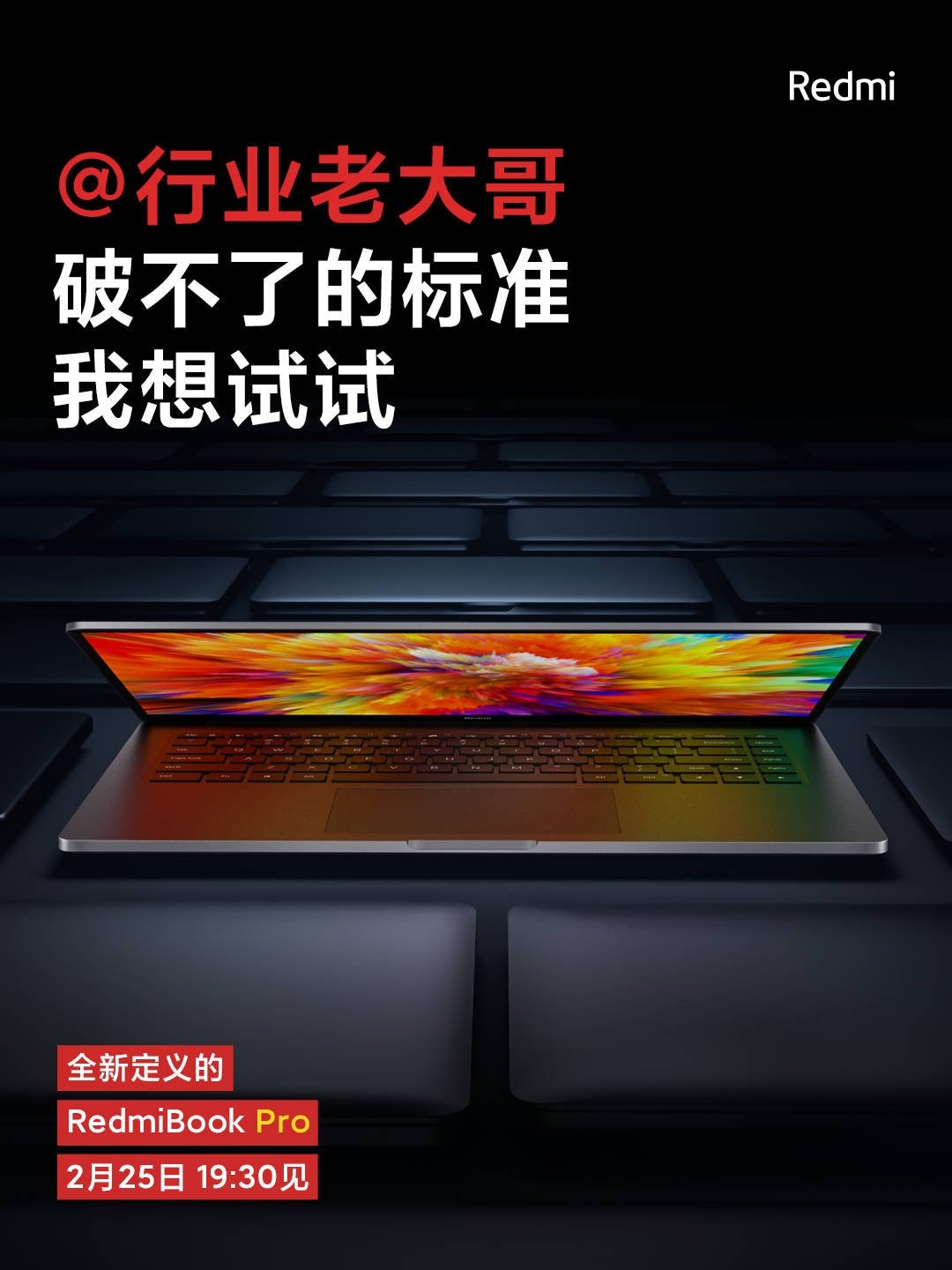 The poster reveals a notebook with a metal construction and a display with beautiful thin frames. You'll also enjoy the fairly large and spacious touchpad, but some will be frozen by a missing numeric keypad.

The equipment should also be premium

It is also speculated that it is in the photo 14 " version, with 15 " variant will already have a numeric block. Laptops come on the market in silver, but the gray-out variant is not excluded either.

But these are all conjectures, and we will have to wait for an official confirmation or refutation of these reports. But we already know that Redmi will introduce two models, the RedmiBook Pro 15 and RedmiBook Pro 15S.

The equipment of the laptops looks really good and we are already looking forward to the show. We will continue to monitor the whole situation and publish all the news on our website and in facebook group.