Xiaomi is known for partnering with dynamic Chinese startups that produce a variety of devices for the technology giant. He then sells them under his own brand or directly under the startup brand.

One of them is a subsidiary FIMI, which produced the famous Mi Drone 4K for Xiaomi. Now they come up with the first folding drone FIMI X8 SE, which directly attacks DJI's competitors.

The FIMI X8 SE is no exception and adheres to the pricing policy that Xiaomi has set for each product. Given the quality, the drone offers a really good price-performance ratio.

Make sure your credit / debit card is set up before you make a payment sufficient limit for payment by card over the internet. You can do this via Internet Banking or a banking application on your smartphone. In case of insufficient limit, your payment will not pass. 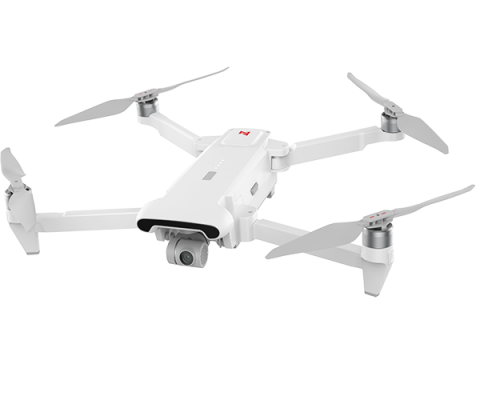 Flying with drones in Slovakia

You can fly drones without a license and registration wherever the decree allows. The decree specifies the places where it is complete prohibition to fly: national parks, no-fly zones of military bases, power plants, some monuments, city centers and in the vicinity of airports at least 5,5 km from the airport.

In the Slovak Republic, you can only fly a drone on supervision of own eyes without any visual aids, except for spectacles or lenses prescribed by doctors.

Also, you can't put yourself between you and the drone no obstacle like trees, buildings or a hill. Flying at night is also prohibited.

If you are going to fly a drone, you have to follow certain rules. By controlling the drone, you become a participant in air traffic.

With a drone you can't fly over people without their consent, or near buildings and local roads. The reason for these measures is the protection of privacy and health.

You need registration and permission from the Transport Authority only when using the drone for gainful, experimental or research activity.

In practice, this means that if you photograph or shoot something and sell these shots, you must be registered with the transport authority, as it is already a drone aerial work.

Whether you are flying for gainful or recreational activities, you should not exceed the altitude limit of 300 m above the ground. Up to 150 m you will share the airspace only with other drones and higher you can come across small aircraft.

If you are a beginner, it is not recommended to fly to such altitudes due to weather conditions that require high drone control skills.

Fits in your pocket

The new FIMI X8 SE is coming with folding construction, more specifically, the arms on which the propellers are located. It is thus a direct competitor for DJI Mavic Pro.

When folded, the drone is 204 x 106 x 72,6 mm, and if you have larger pockets, you won't have any trouble carrying it. Its weight is 790 grams and compared to the famous Mi Drone 4K was weight reduced by a decent 42,8%. Dimensions reduced by up to 70,2%. However, the quality was maintained. 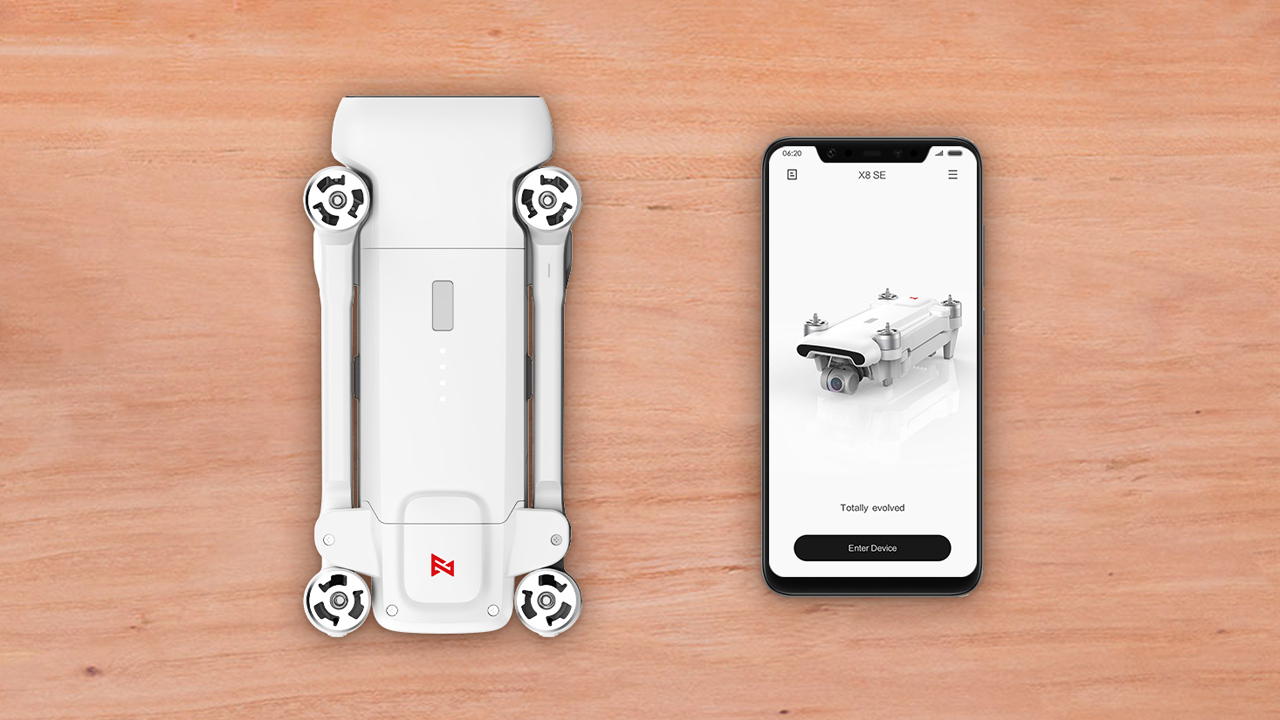 The new Xiaomi and FIMI drone also boasts increased aerodynamic efficiency. The maximum flight speed is 18 m / s (almost 65 km / h), the drone can fly to the maximum altitude 500 meters from the take-off point and can withstand wind speeds up to 50 km / h.

The rate of climb is 5 m / s, it can descend at 4 m / s. There is also GPS with GLONASS to accurately determine the position of the drone. 4500 mAh battery should provide enough power for 33 minutes flight. 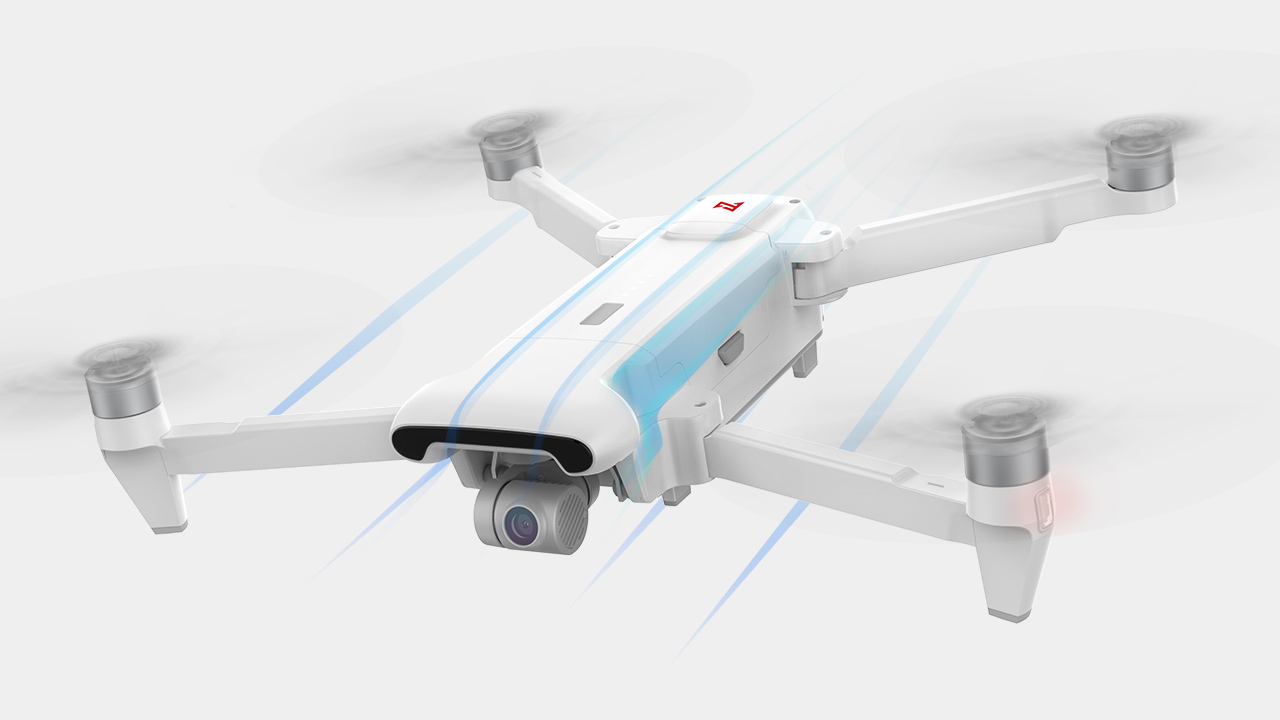 The controller contains a built-in 3900 mAh battery and offers control range up to 5 km. The drone and controller communicate over the frequency range 5,725 - 5,850 GHz. You can insert a smartphone or tablet into the controller, as the controller has a customizable width. It is then possible to watch on the display real-time HD video streamthat works through the original app.

FIMI X8 SE also brings quality camera. Sony IMX378 sensor It is placed in mechanical gimbala with 3-axis stabilization. It ensures ultra-smooth video without shocks, even at high speeds. The sensor has a resolution of 12 MPx, a size of 1 / 2,3 ″, an aperture of f / 2.2 and a pixel size of 1,55 µm. The same sensor has been used in Google Pixel and Pixel XL, for example. 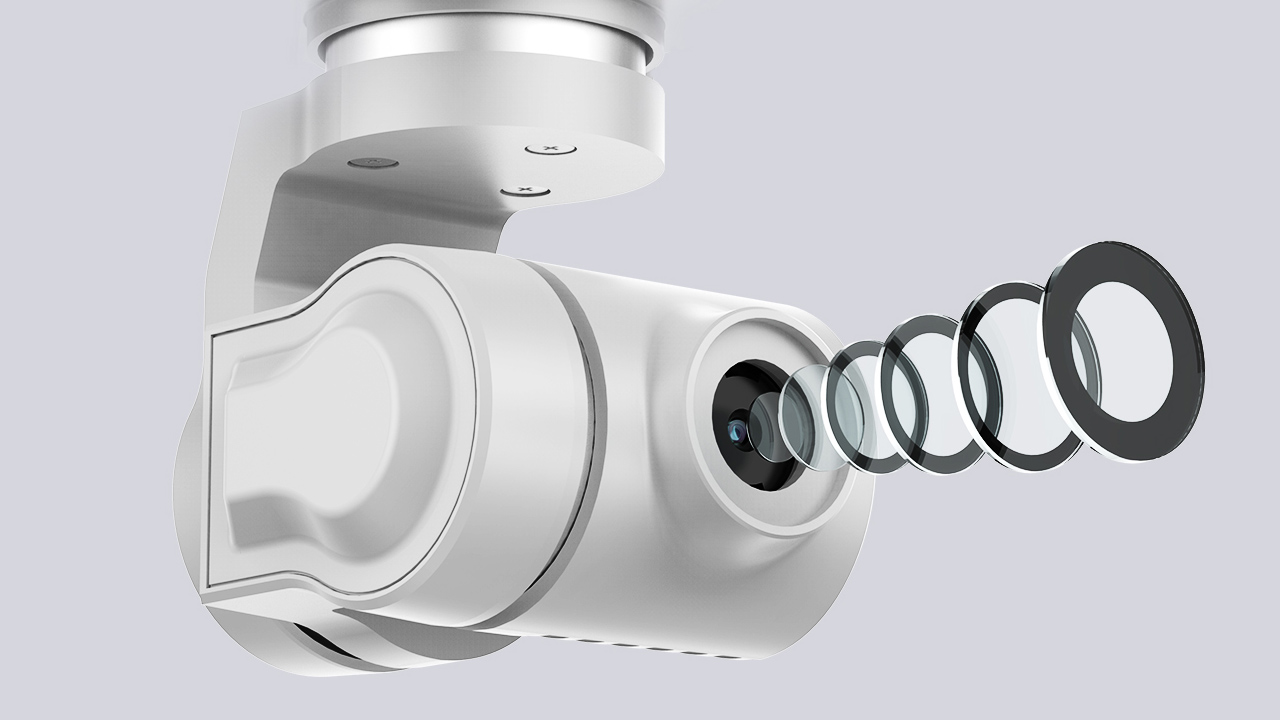 In cooperation with the image processor Ambarella create 4K video at 30 fps with a high bitrate of up to 100 Mbps. The maximum shutter speed is 1/8000 second and the sensor offers the possibility to store in DNG RAW format.

More professional users have the opportunity to win in the post-process with captured content. For video, ISO is available in the range of 100 - 3200, for photos it is the maximum ISO 1600. The video is saved in MP4 format on a maximum of 64GB microSD card. The manufacturer recommends cards from Sandisk or Kingston with speed class U3.

Everyone can already create movie shots

The manufacturer has equipped the new drone with interesting video recording modes. For example, when film mode the drone flies around the selected object or flies back / forward with constant object tracking. There is an object tracking feature in motion, such as a person running.

The news is possibility to plan a flight route and tasksto be performed by the drone. Features include the ability to capture a 180-degree panorama and smooth-motion time-lapse shots.

The drone is even equipped rescue function - SAR (Search and rescue). Thanks to accurate GPS and 3x digital zoom, rescuers can use the drone to locate the target in hard-to-reach terrain, such as in the mountains.

Also included is a precision landing mode where the camera detects the landing area and lands smoothly. Protective systems such as home return button, obstacle avoidance, or home return when the battery runs out are also commonplace.

Hot news about Xiaomi Mi 10: A leaked design, a show date and a complete price list for all versions

Amazing 8K video captured with Snapdragon 865. This quality is offered by Xiaomi Mi 10