The global version of Redmi K40 Gaming Edition is becoming more and more realistic. She has appeared in the Google Play Console

A subsidiary of Chinese Xiaomi, Redmi, officially unveiled its first gaming smartphone Redmi K40 Gaming Edition. Its global version has already appeared in the Google Play Console, which indicates the arrival of this version probably in the coming weeks.

Redmi K40 Gaming Edition in the global version, but under a different name

The first important piece of information is the designation of this model. Originally a Chinese version introduced under the name Redmi K40 Gaming Edition to be marketed outside the Chinese market as POCO F3 GT. This smartphone would thus be part of the POCO subsidiary and will add innovations such as the X3 Pro and F3. 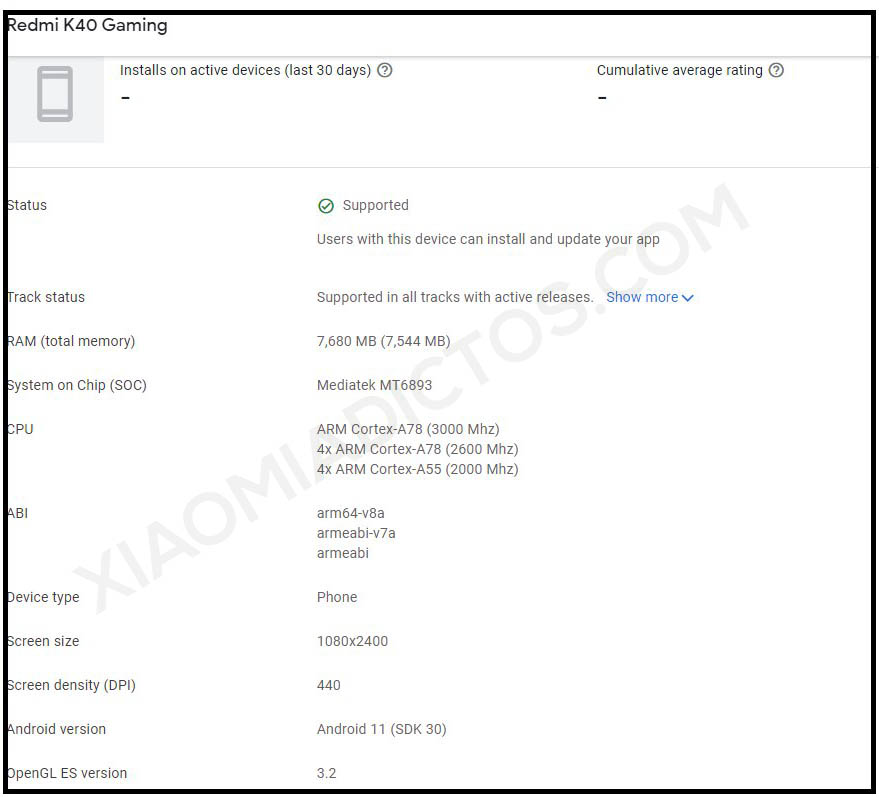 This message was also confirmed by Google, which made the device compatible with its services. This will not normally be the case for equipment intended for the Chinese market. On the contrary, it is the standard for a model intended for the international market.

The label itself POCO F3 GT however, it has so far been confirmed only for the Indian market and we still have to wait for the officially confirmed designation here. However, the very presence in the Google Play Console marks the expected introduction of a global product in the coming weeks.

Xiaomi is thus likely to bring its gaming smartphone in the form of this model to the global market. It is a richly equipped flagship gaming device with a MediaTek Dimensity 1200 processor, AMOLED screen, physical game buttons that can be extended and also a large 5065 mAh battery.

We in the editorial office are already curious about the name with which this gaming smartphone will eventually be revealed on our market as well. In the meantime, however, we must wait for the official presentation of the global version.

How do you like the new gaming smartphone called K40 Gaming Edition? If you have any questions about this new product, you can write to us below in the discussion below the article. Follow the Xiaomi Planet website, subscribe to the newsletter and don't forget to join ours groups on Facebook.