As a graphically relatively powerful superstructure, it has undergone several design changes, but also functional improvements in terms of safety.

MIUI 12 is already in a global version

The official performance took place online via the social network Twitter or YouTube. Representatives of the company gradually revealed not only new functions, but also the date of release of the global version, which could be of interest to Slovak and Czech fans.

The design is changing

Xiaomi decided to update the design of the home screen, top bar, font within the environment itself, but also other items.

Gestures will still be available to control the system. The new system will also include updated and effective wallpapers.

The visualized UI allows you to understand the status of the system at a glance. With our refreshed UI visualized, everything you view is lifelike. Touch to feel the real interactive experience!#DecadesMasterpiece #MIUI12 pic.twitter.com/fYmUljtnoI

MIUI 12 super wallpapers break the boundaries of space. Every time when you enter your home screen, you're taking a tour on the martian surface. As you swipe through the Home screen, you can even see the planet spin.#MIUI12 #DecadesMasterpiece pic.twitter.com/mkEIOAYaTO

Software dark mode significantly helps in using the device, especially in the evening and at night. The Chinese manufacturer Xiaomi is also updating this section, which will get dark elements in a number of built-in applications, but also in third-party applications.

Last year, we introduced Dark mode on MIUI 11, Which has been working perfectly with our system apps. Now we did adaptation for all third party apps, allowing you to enjoy a universal dark mode on your phone. #MIUI12 #DecadesMasterpiece pic.twitter.com/O7QmYpGk7T

Especially in times of corona crisis, we often use online broadcasts for various conferences and meetings. This is exactly what the Chinese company Xiaomi thought of and is bringing a practical function for streaming content to the MIUI superstructure. It will also please a floating window for an undisturbed multitasking experience.

We introduced floating windows to enable perfect multitasking on phones. Now you don't have to switch between apps when you're multitasking a few things on your phone. You can open and close a window in a single tap. #MIUI12 #DecadesMasterpiece pic.twitter.com/6eUqOf7r4f

Get annoyed when all the cords and cables get tangled when you're about to do casting? MIUI 12 introduces a built-in universal casting tool that enables you to cast everything much more conveniently with your phone. #MIUI12 #DecadesMasterpiece pic.twitter.com/QwxVzdn1AZ

Safety is not forgotten

In the new version of MIUI 12, the safety of the device was also considered. There will be no possibility to remove the location before sharing the selected photo, but the superstructure has also passed several security tests and certifications.

Do not want to include sensitive information when sharing photos? Just erase them before sending them out!#MIUI12 #YoursAlone #DecadesMasterpiece pic.twitter.com/C4kKls1UGq

Our enhanced privacy protection has been recognized by various privacy tests and certifications. MIUI is on the way to be your most powerful privacy guard! #MIUI12 #YoursAlone pic.twitter.com/PxgyBf08OM

The new version of the superstructure will also be available on a global version, while it will be distributed in several phases. The first starts on selected devices already during June 2020. 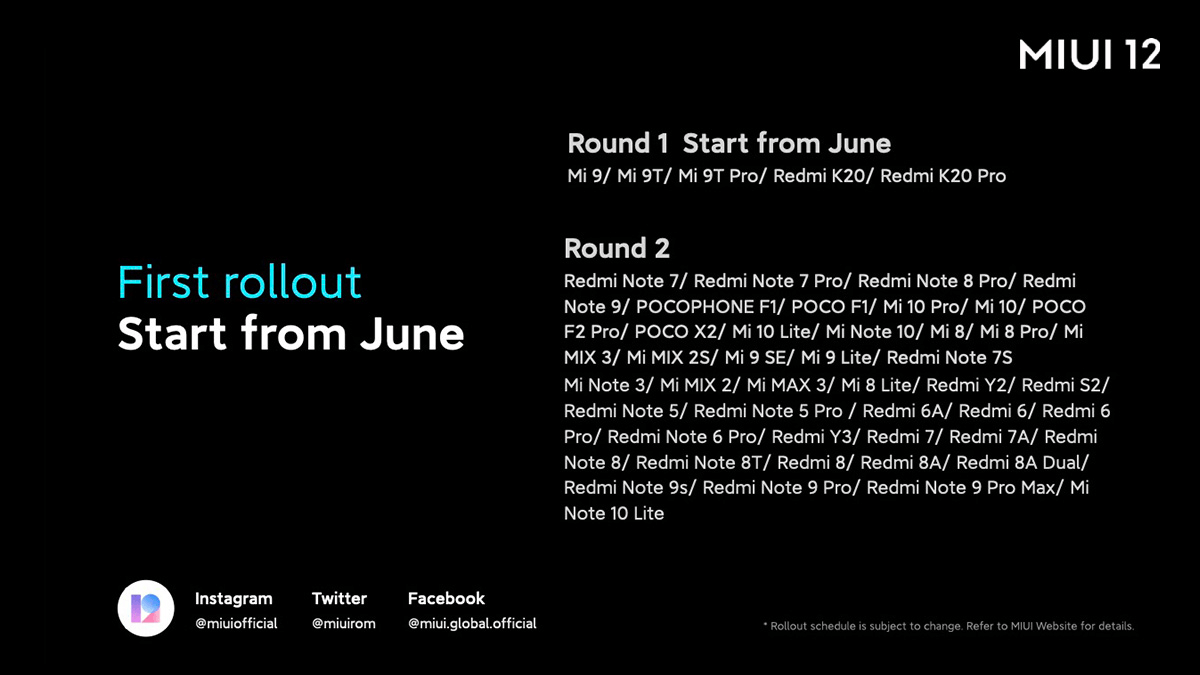 If you want a list of all devices that will receive the new update MIUI 12, you will find them in the following article.

Amazfit Ares officially: 70 sports modes, endurance up to 14 days and an incredible price of 64 euros!