The popular MIUI superstructure comes with a number of new useful features like on a treadmill. Although there are various tweaks in the system, after the new we can look forward to a function that warns of slow charging.

More precisely, this novelty is aimed at detecting the maximum possible charging power that your smartphone needs, on the basis of which the function will alert you to the possibility of faster charging with less powerful charging.

Another great feature in MIUI

This useful feature is already being actively tested in a closed Chinese beta ROM MIUI 12 in the version 20.10.27. Thanks to the Internet, we already have a screenshot of what this novelty looks like in reality. 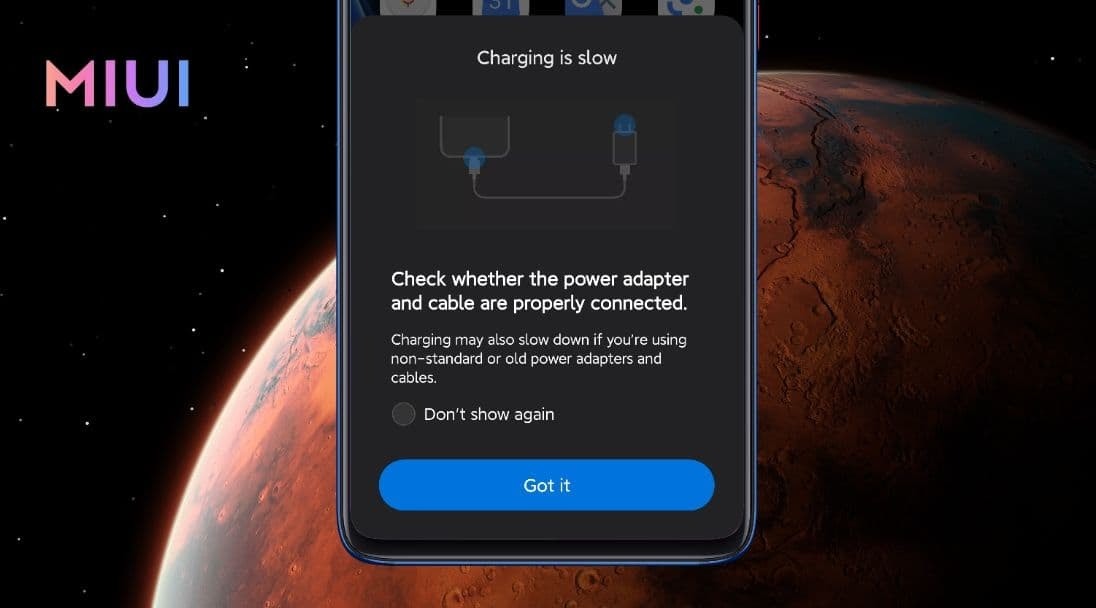 As you can see in the picture above, a new feature in MIUI 12 will alert you with such a pop-up window when your smartphone is slowly charging. The function is based on the maximum supported charging power, which is not currently used.

In a smaller text, it is stated that the problem can be caused by either a bad connection, or a non-original or old adapter or cable. There is also the classic option to turn off the display of the pop-up window.

At present, Chinese manufacturers are shifting charging power at a rocket pace. It is becoming a common standard 30 W charging, and we are slowly but surely getting to 65 W. This function makes all the more logic when we take into account that Xiaomi recently introduced 100 W charging technology.

The new feature, which will sooner or later appear in the global version of MIUI 12, will be appreciated especially by owners of newer smartphones with support for fast charging. For now, we can only wait for the news to be available globally.

Xiaomi Enchen hair clipper will make you a hairdresser in the comfort of your home. It's really cheap