New Xiaomi Mi 9 prizes have been leaked. The highest version should cost up to € 785 - Xiaomi Planet

Leaked new prices Xiaomi Mi 9. The highest version is to cost up to 785 €

Among the tons of official information about Xiaomi Mi 9, which is constantly published by the main representatives, we also get the unofficial ones. The latest ones are not exactly pleasing, as they say about possible prices the news. Those fans probably won't be thrilled.

A special version of the Mi 9 Explorer Edition? 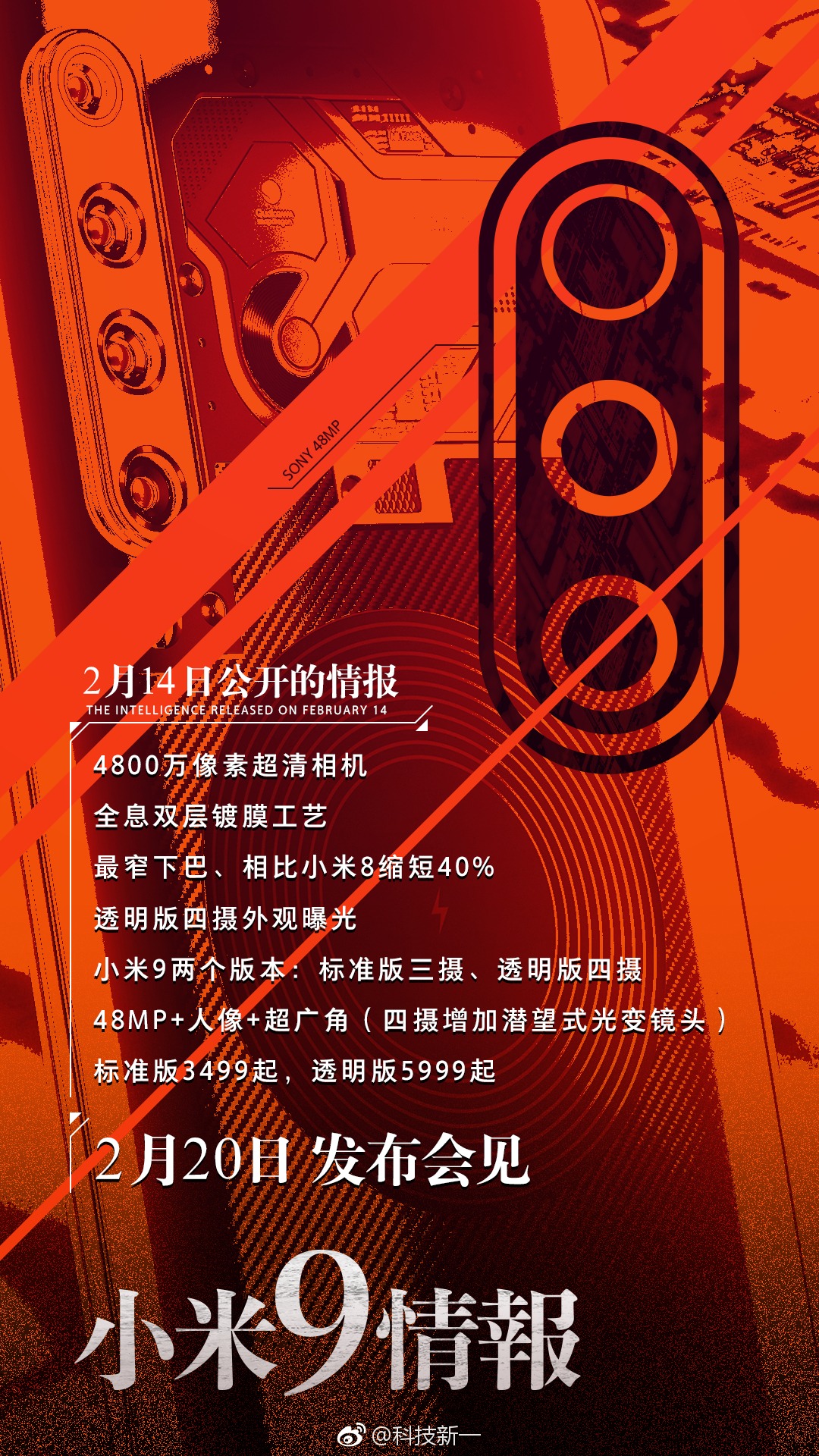 Except there's one more, special version. This is exactly what the Chinese text in the photo says. The last line of text lists the main 48 MPx sensor and the functions of the other sensors. We already know the details of the other two sensors in the Mi 9. The secondary telephoto lens comes with a resolution of 12 MPx and 2x optical zoom. The tertiary 16 MPx sensor will be designed for ultra wide angle photos.

However, the version described in the picture also has a fourth sensor. It has to be special periscope lens. This should be used for detailed macro photography. It is very possible that the Mi 9 Explorer Edition with 4 cameras will bring something extra.

Should Xiaomi gradually start raising prices and go about similar pricing as Huawei? We will find out in less than 2 days at the official performance. As soon as we hear the official Xiaomi Mi 9 awards, we will also let you know through our newsletter. Just subscribe.

This is the Xiaomi Mi 9 Explorer Edition. Comes with 12 GB of RAM