Tablets are not a very popular product category lately. In principle, the retreat of Android tablets once again intensifies the strong competition from Apple. It introduced an improved operating system called iPad OS for its iPads.

🔥 Want tips on Redmi smartphones? join to our FB group.

After a successful series of tablets from Xiaomi labeled Mi Pad 4 Whether the Mi Pad 4 Plus now comes with the first leaked images and technical specifications about the upcoming brand new workshop Redmi. The prepared tablet should come under the name RedmiPad 5G.

The first images were unveiled via the social network Weibo. The Redmi Pad should include a Qualcomm processor, specifically a model Snapdragon 765G.

This model of middle or upper middle class was not chosen by chance. It provides support for 5G networks in a favorable price range. 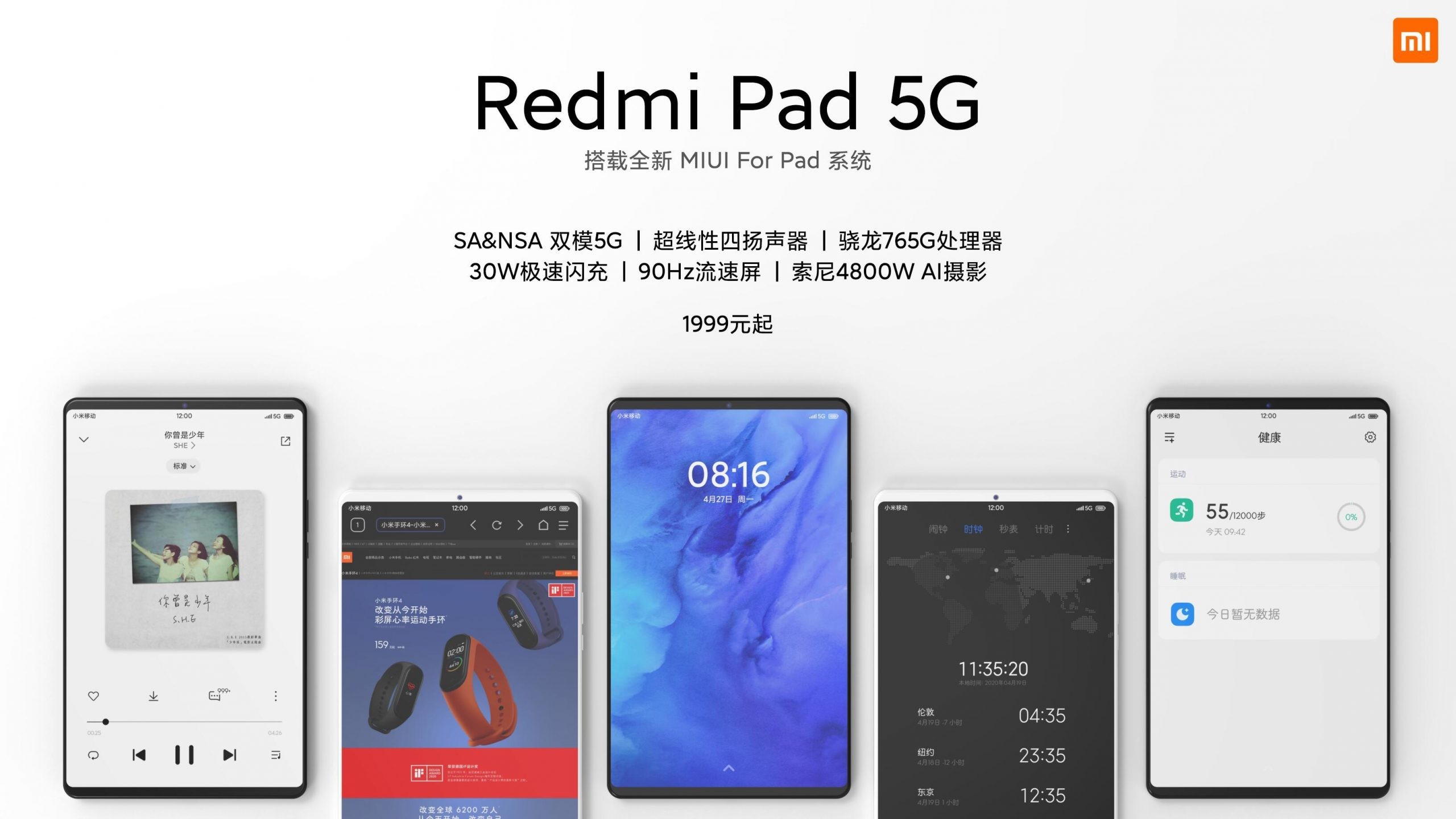 Your tablet should also include customized software. It should be an Android graphic extension labeled MIUI for Pad. Available information points to very thin frames around the display, which should have a refresh rate of at least 90 Hz.

Other equipment should look forward to the 48 MPx main camera, but also to the battery with a total capacity of 8920 mAh, which has brought other leaks.

Information about 30W could also indicate the rapid charging present. An important element of the new model RedmiPad 5G will also be its selling price.

This should be on value 1999 yuan, which is approximately the amount 259 EUR.

Modern equipment features, support for 5G networks, as well as current design attract a lot of attention. However, tablet preparations have not yet been officially confirmed by the manufacturer.

We don't know the date of the show yet, or whether the tablet could become a reality by 2020. Watch Xiaomi Planet and learn more.

If you want more Redmi news, subscribe to our newsletter.👇

Xiaomi is preparing the cheapest 5G smartphone. Its price should start below 130 USD