The new flagship model from Xiaomi has been certified. Will it be Mi Mix 4?

The new flagship model from Xiaomi has been certified: Mi MIX 4 or Mi 10 Ultra

News has been circulating on the Internet for a long time Xiaomi is preparing a new flag model. He has passed the new certification, but we do not yet know exactly which model it will be.

It is possible that it will also be a long-awaited smartphone Xiaomi Mi Mix 4.

During the first half of this year, Xiaomi introduced several new models, despite an unexpected complication in the form of a spreading coronavirus pandemic. However, it seems that the Chinese giant is still not ending with the introduction of new models.

Now comes the new information leaks that speak of the case of the new model codenamed M2007J1SC. In addition, this model has already received network certification in its home China.

According to a well-known and verified leakster with a nickname Digital Chat Station a model will be launched on the market around August this year. The phone should also offer a really high display refresh rate. Flag model My 10 offered 90 Hz, and so in this case we expect an increase in frequency 120 Hz. 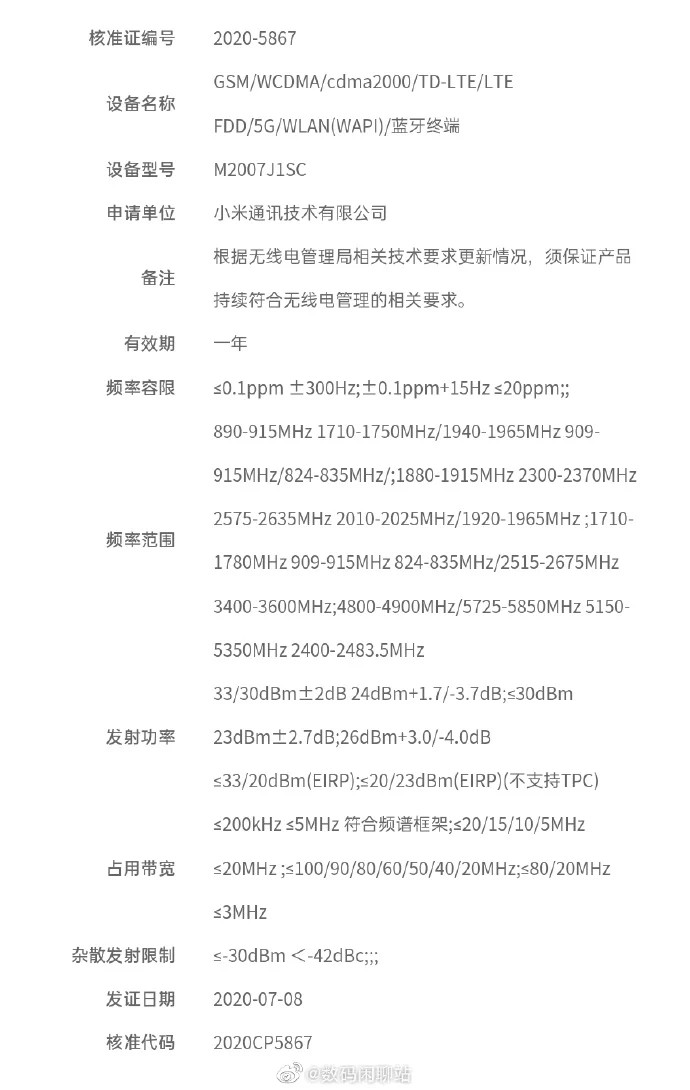 In addition, other unofficial information speaks of availability with the new Snapdragon 865 Plus processor, which Qualcomm has only recently introduced.

Despite the fact that we do not have any official confirmation from the manufacturer, the model marked M2007J1SC belongs to the list of models that should be introduced in 2020. At least that indicated a leak from the source. Xiaomishka, which appeared earlier this year.

Although we do not know any further details about the upcoming smartphone, it is important to note that most of these models from the mentioned leak have already been actually launched on the market. However, the next flagship model for 2020 remains a mystery.

Speculation about preparations for a flag model may indicate the arrival of the long-awaited Xiaomi Mi MIX 4, but it can also be an updated model Xiaomi mi 10 ultra. However, we will have to wait for further technical specifications. Follow the portal Xiaomi Planet and learn more.