Xiaomi has several juicers in its portfolio. Now, however, Xiaomi is bringing a new model in collaboration with the Zhenmi brand, which comes with more tweaks. Xiaomi introduced it through Xiaomi Youpin's own crowdfunding platform.

The design of the new juicer is really beautiful and simple. Reminiscent of the design of a bottle or other shaker. The dimensions of the device are 192 x 95 x 73 mm, which makes it overall 300 container volume ml. The whole device weighs 710 g. The juicer is available in two colors, pink or green.

Mixing is ensured by a four-blade blade, which is made of stainless steel. The blade is supported by an eccentric spoiler, which increases the mixing power by up to 35%.

The juicer supports the quick juicing function, which you can start by pressing the button twice. Your juice will only be ready in 28 seconds. It is almost twice as fast as the competition.

In addition, the blade and the entire upper part can be cleaned very quickly. The material is non-stick, so washing is really easy.

The juicer supports the vacuum function, which creates a pressure of up to -30 kPa in the juicer. The vacuum serves to prevent oxidation of fruit residues if you want to enjoy the juice later.

One of the buttons is used for the vacuum function. The juicer can maintain a vacuum for up to 4 hours. This means that even after four hours, your juice will be as fresh as if you had just juiced it.

Xiaomi Zhenmi juicer is equipped with a built-in battery with a capacity of up to 2 mAh, which juices 400 cups of fruit on a full charge. You can also charge the juicer with a power bank or even in your car. 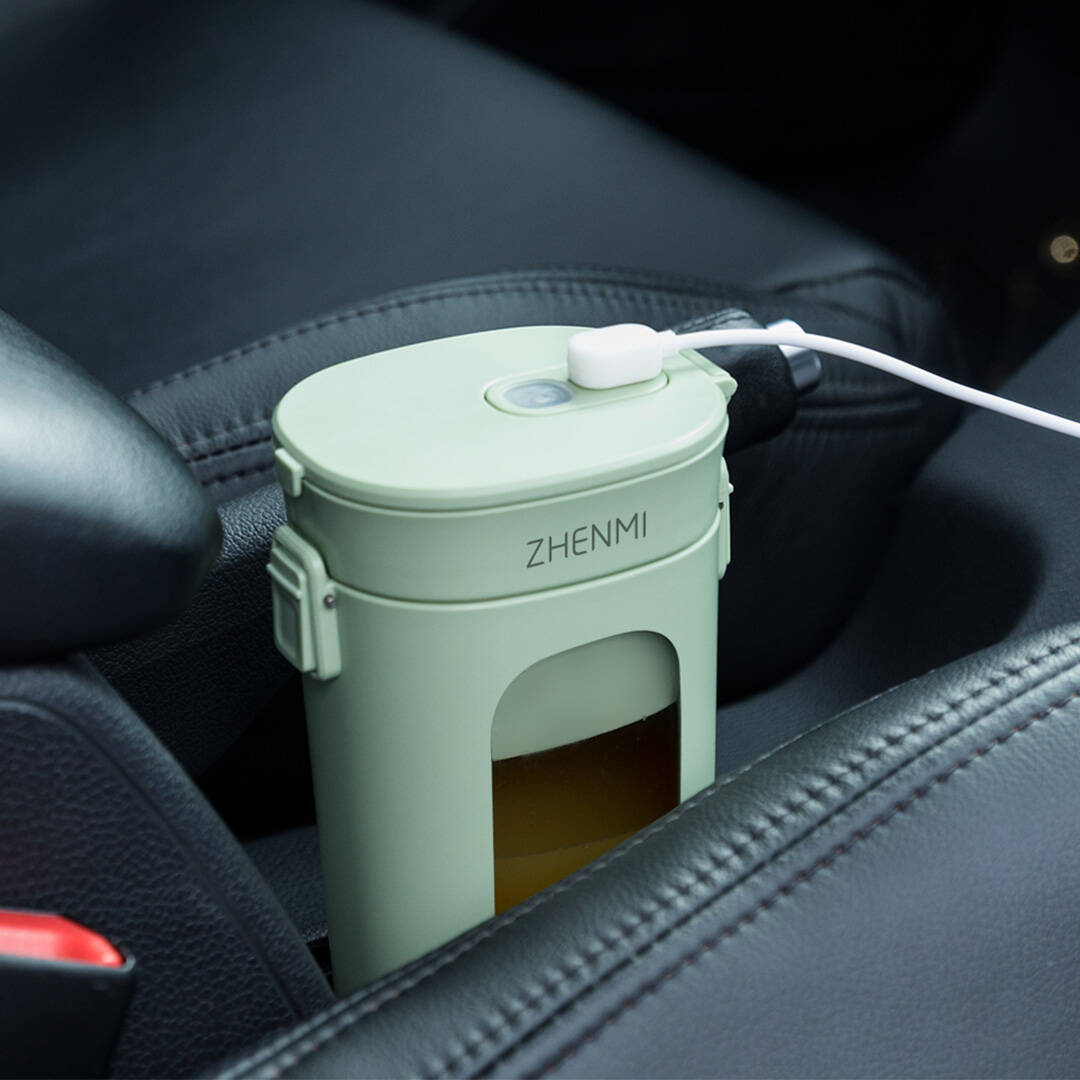 Zhenmi juicer is currently only available on the Xiaomi Youpin platform. It is sold in China for only 199 yuan, which is 25 € / 695 CZK. After the end of crowdfunding, it will be a few euros more expensive, specifically it will cost 239 yuan, which is 30 € / 835 CZK.

The novelty is not yet available at international retailers, but we have already confirmed that Banggood will put it on sale.

We will send you a coupon as soon as the juicer is available for sale. 👇