Partner brand Xiaomi has introduced a curious power bank with an HDMI connector. What is it for?

Partner brand Xiaomi has introduced a curious power bank with an HDMI connector. What is it for?

ZMI, one of Xiaomi's main partners, has introduced a strange power bank. In addition to the standard ports that we are used to with such devices, it adds another specialty - the HDMI connector.

The HDMI connector on this power bank is important

The manufacturer added an HDMI connector to its power bank for one simple reason. It is to serve as a converter from the USB-C connector to the mentioned HDMI. And the reason? 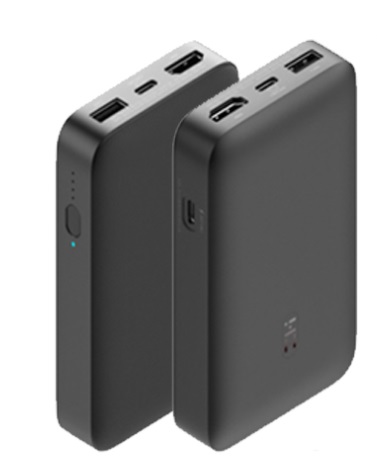 Nowadays, modern laptops, such as MacBooks, only offer USB-C output. In combination with this power bank, they will be able to transmit a video signal, for example, to a projector or monitor, via HDMI. It's very simple.

The signal comes to the power bank via the USB-C connector, but comes out through the HDMI port. This means that this device includes a USB-C to HDMI converter. Of course, there is no lack of video support.

The battery in the power bank has a capacity of 10 mAh. In addition to the mentioned connectors, there is also a classic USB-A, while both USB outputs offer a maximum power of up to 000 W.

Power bank with the highest performance in the world

In addition to this interesting device, which contains an HDMI connector, the manufacturer introduced another power bank. It is especially interesting because it offers an output power of up to 120 W.

It is the most powerful device of its kind in the world. For example, the Xiaomi Mi 10 Ultra smartphone can be charged with it at full speed.

Its total capacity is a very decent 25 mAh. You might say that such a large battery will take a very long time to charge. However, from 000 to 0% it only takes two hours. The charging power is up to 100 W, while the same USB-C connector is used, whose output power is the mentioned 65 W.

Xiaomi's new dental endoscope can detect various diseases of the oral cavity. It has a FullHD camera and a great price