A subsidiary of Chinese Xiaomi, brand POCO, is preparing a new affordable model LITTLE C40. It offers up to 6000 mAh battery, and thanks to the certification, we already know some other expected technical specifications.

POCO as part of Xiaomi ecosystem mainly on the middle class of smartphones, ie affordable devices. They have a huge market share especially in countries like India. The Chinese technology giant recently launched a model M4 Pro and is now preparing to renew its "C" series of smartphones. 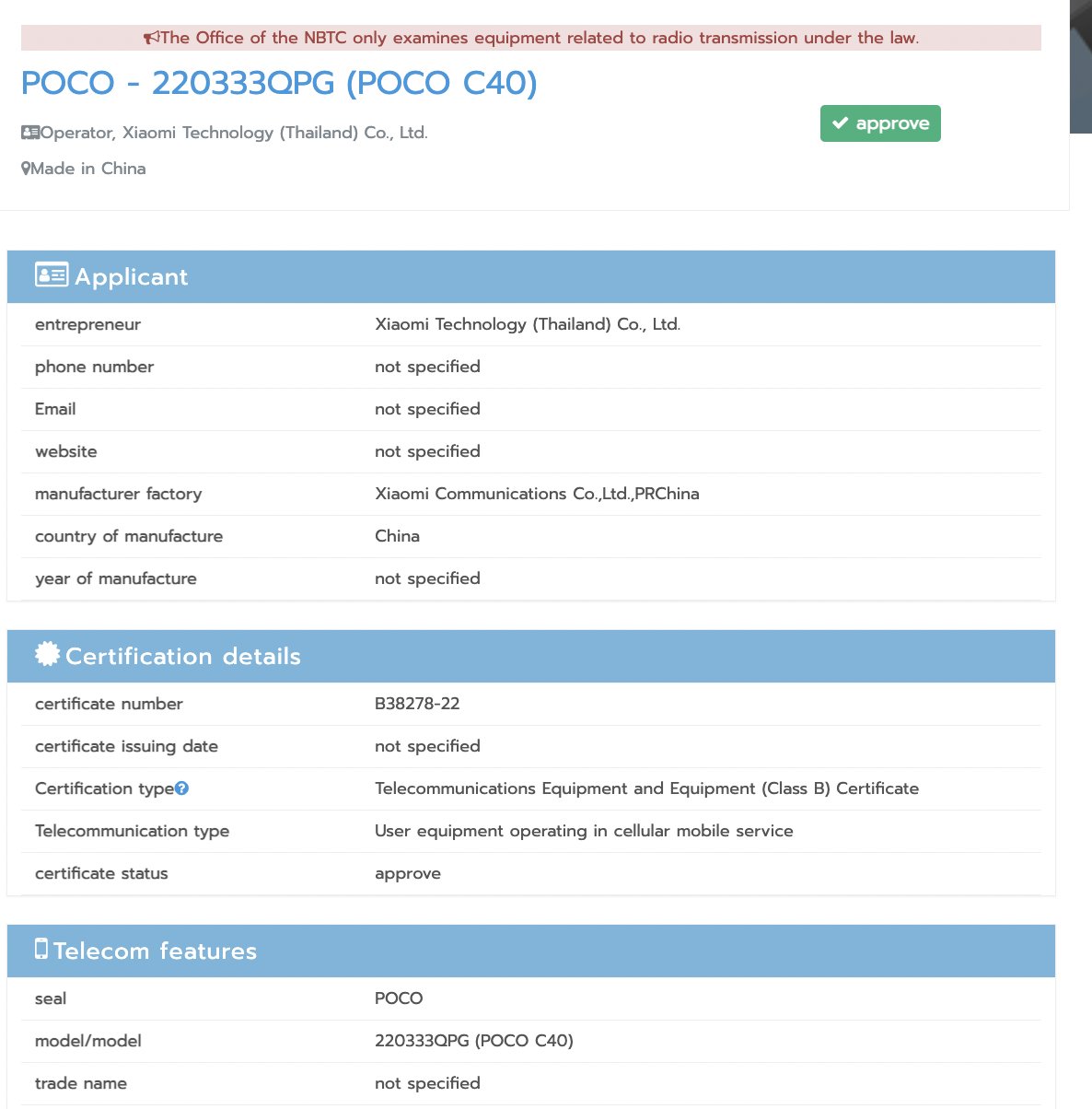 Upcoming model LITTLE C40 recently received a pair of NBTC and BIS certifications. Leaking information from the source Mukul Sharma claims that it is the model with the code name 220333QPG on the Thai NBTC certification represents the C40 smartphone.

The same device has appeared in the BIS India certification, which confirms these speculations. The record does not reveal the specifications of the smartphone, but suggests that it could be launched soon.

It is also worth noting that the device with the same code designation was also registered in the FCC certification. And it was this record that revealed some key technical specifications of the upcoming smartphone. LITTLE C40 should include a graphical superstructure MIUI 13, based on the system Android 12. However, a light version of the MIUI superstructure is also possible in the game.

Previous reports have indicated that the C40 will be powered by a relatively unusual processor JR510which should be made by Chinese technology JLQ. In addition, the equipment is expected to include a massive 6000 mAh battery, and a pair of cameras on the back of the device. The smartphone is expected to hit the market later this year, for up to $ 128.

Did the upcoming affordable POCO C40 smartphone appeal to you? If you have any further questions about this device, you can easily write them to us below, in the discussion below the article. Follow our group on Facebook: Xiaomi Planet - A place for real Xiaomi fans as well as our portal Xiaomi Planet and find out more.