New affordable smartphone redmi 8 has become the target of many discussions thanks to the processor used, which is the Qualcomm Snapdragon 439. It is, among other things, paper weaker than last year's Snapdragon 632 in the predecessor called redmi 7.

Important features have been retained

In the given contribution on the social network it was mentioned that before the introduction of the model redmi 8 a questionnaire was available to gather feedback and determine the primary focus of the new smartphone.

The results of the survey showed that the first rungs were occupied by battery life, a smooth and fast user experience, as well as high-quality processing of the device. It was these factors that the manufacturer focused primarily on.

Real presentation of the model Redmi 8 (and also Redmi 8A) so it showed up to 5000 mAh battery ("standby time" up to 31 days), USB type C connector or fast 18W charging, which charges the smartphone in just two hours.

To speed up the device, the version with 2 GB of RAM was removed, the Mi Turbo 2.0 was added and memory cleaning was also improved. According to the manufacturer, the simulation showed a slowdown of the smartphone after 24 months at a level of only 35%.

The processor used is criticized

In terms of processor, Redmi claims to use the model Snapdragon 439 (Redmi 8 and 8A) is currently at a similar level of performance to a very popular processor Snapdragon 625, which was used in Redmi 6 Pro last year.

The paper is supplemented by AnTuTu benchmark tests that prove the given fact. Lu Weibing explains that the new 400 series processor is very efficient, especially thanks to the 12 nm production processor and the addition of Mi Turbo technology. 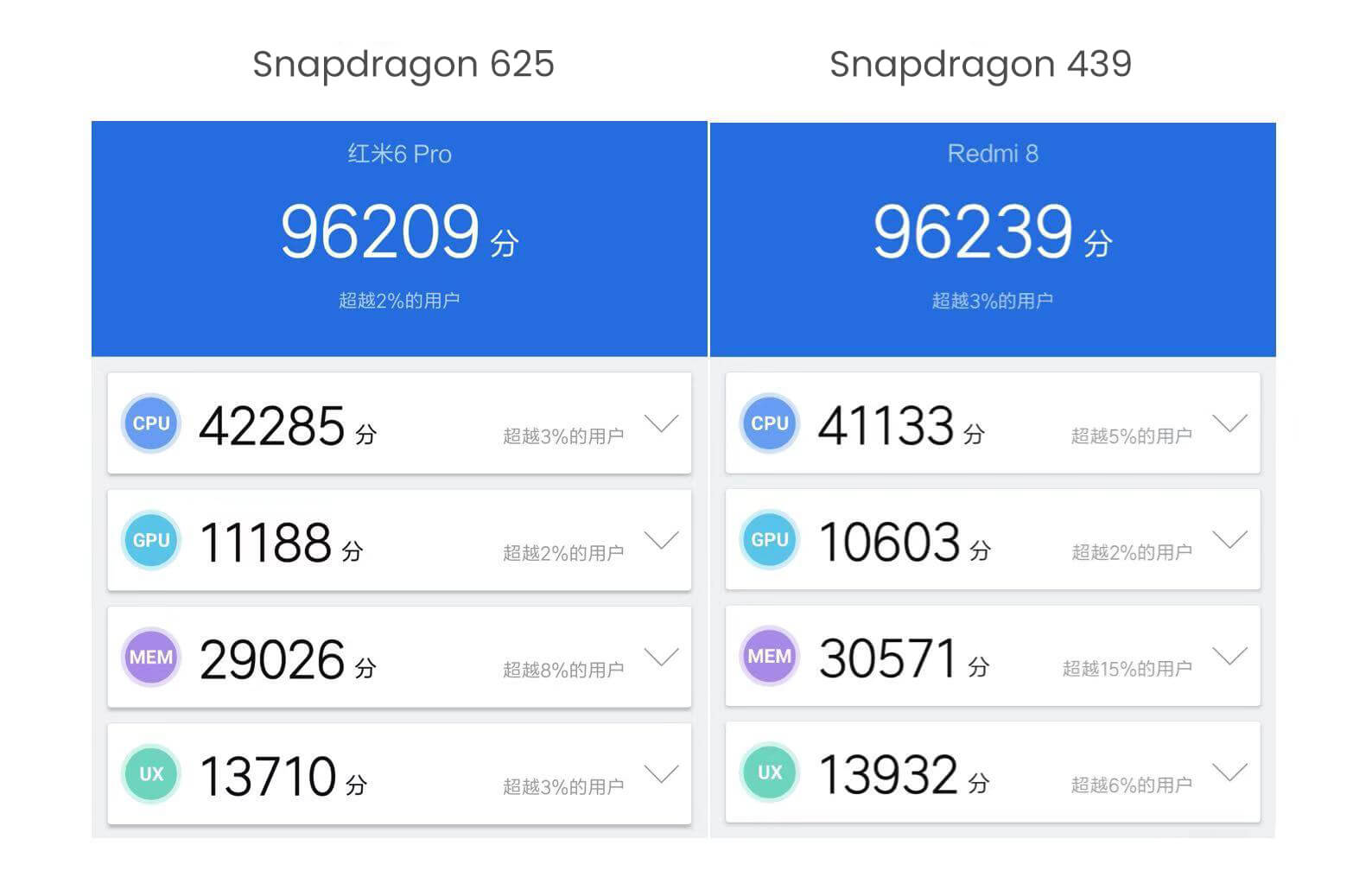 For users who are concerned about the performance of the new device, there is also a solution. In principle, the company's vice president recommends choosing a model in terms of net performance redmi 7 or Redmi Note 8 with Snapdragon 632 processor, resp. Snapdragon 665, and from the point of view of better endurance per charge, then choose the model Redmi 8, respectively. Redmi 8A with Snapdragon 439 processor.

Redmi 8A vs Redmi 8 vs Redmi 7: Compare Cheapest Xiaomi Smartphones for 2019