Redmi 7A officially: Welcome to the new generation of the cheapest smartphone brand - Xiaomi Planet

Redmi 7A officially: Welcome to the next generation of the cheapest smartphone brand

Proven unmistakable design, long battery life and a combination of quality and experience of developers at Redmi. This is a brief description of the one just introduced Redmi 7A - The new generation of the cheapest Redmi smartphone.

The Redmi 7A is one of the compact phones that can be easily operated with one hand. The body measures 146 x 70 x 9,55 mm and weighs 150 grams. The back cover is hand - painted by spraying and was introduced in black and blue.

The technology used ensures excellent adhesion. It is pleasant to the touch, fits well in the hand. Slightly rounded on all sides.

The display has a diagonal 5,45 inch with aspect ratio 18: 9 in resolution 1440 x 720 pixels. It is equipped with an innovative blue light suppression function, which protects the eyes. On the contrary, a new feature Sun Screen improves readability in direct sunlight.

The Redmi 7A was equipped with an eight-core processor Qualcomm Snapdragon 439 with maximum frequency 2.0 GHz. Compared to the previous generation of Redmi Class A smartphones, the manufacturer promises up to 26% increase in performance.

Through sophisticated optimization of this model, they achieved a smoother system operation without hesitation. missing 4G with function Volta, wireless support Wi-Fi, Bluetooth in version 4.2 a GPS. 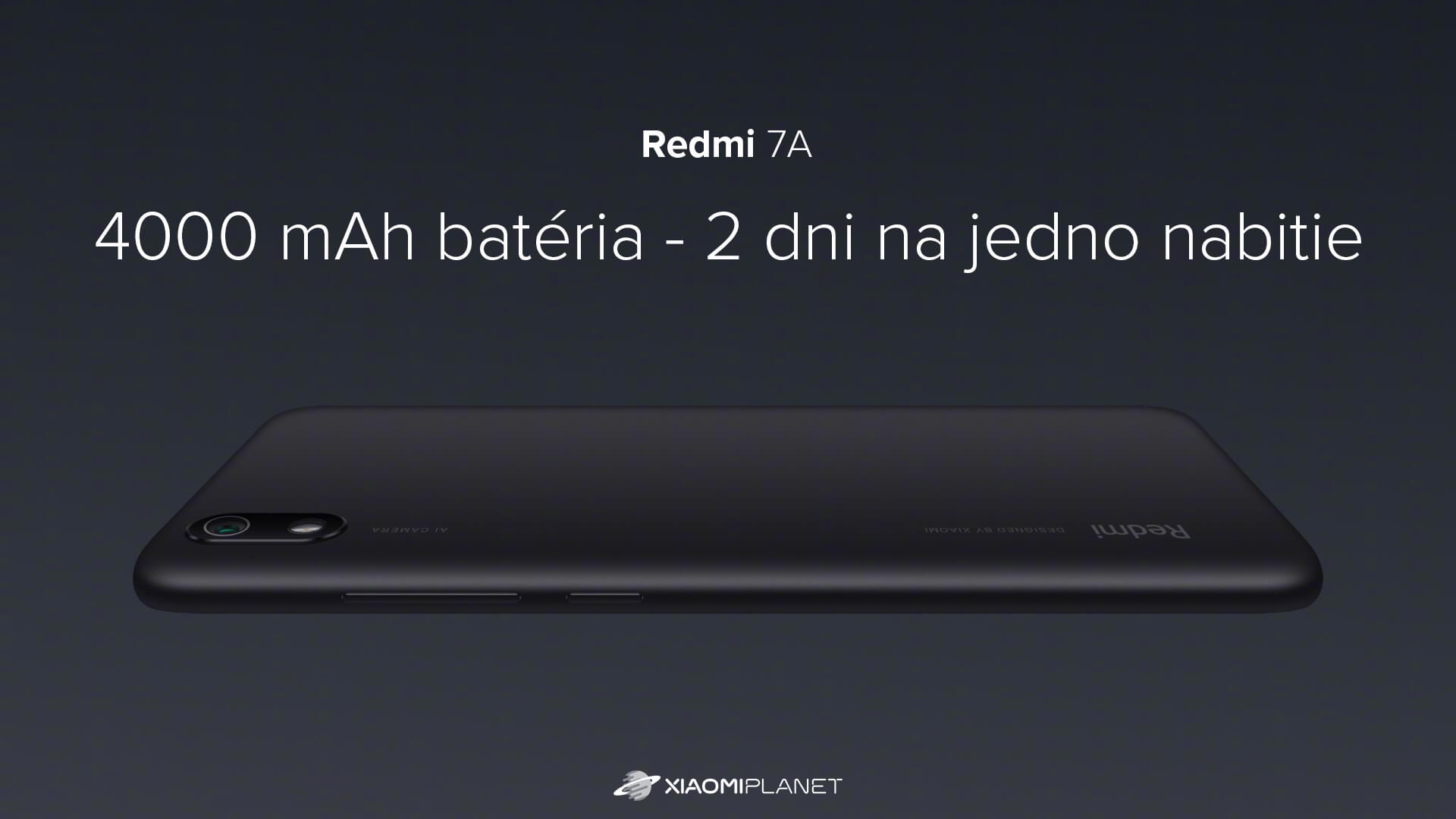 Used battery with capacity 4000 mAh will take care of proper endurance. The manufacturer promises 2 days for one charge. In addition, he won support for fast charging in power up to 10 W, which increased the charging speed by 47% compared to previous models.

The novelty is equipped two cameras, a front selfie camera with resolution 5 MPx and back with resolution 13 MPx. He got both cameras support for AI - artificial intelligence, which evaluates the shooting environment and adjusts the settings for the best possible shot.

In addition, the front camera has a function for unlock the device by face. Even if the fingerprint sensor is missing, you can forget about the ancient PIN or the pattern when unlocking the Redmi 7A. 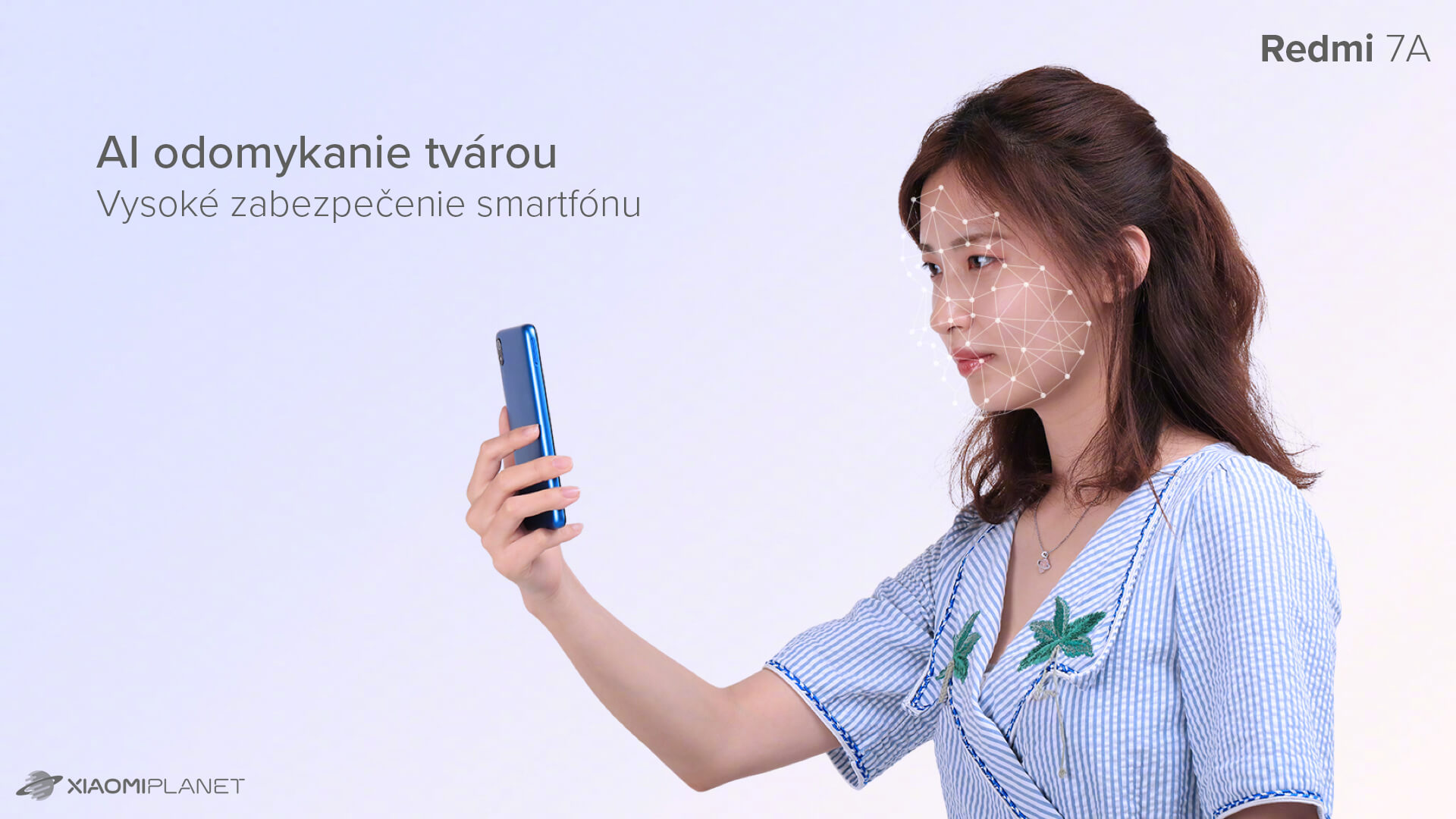 At Redmi, they know who the target users of their low-cost A-Series are. That's why they've equipped the novelty with a mode that's easy to use. Simple mode - as a mode named - displays large icons placed in color blocks. 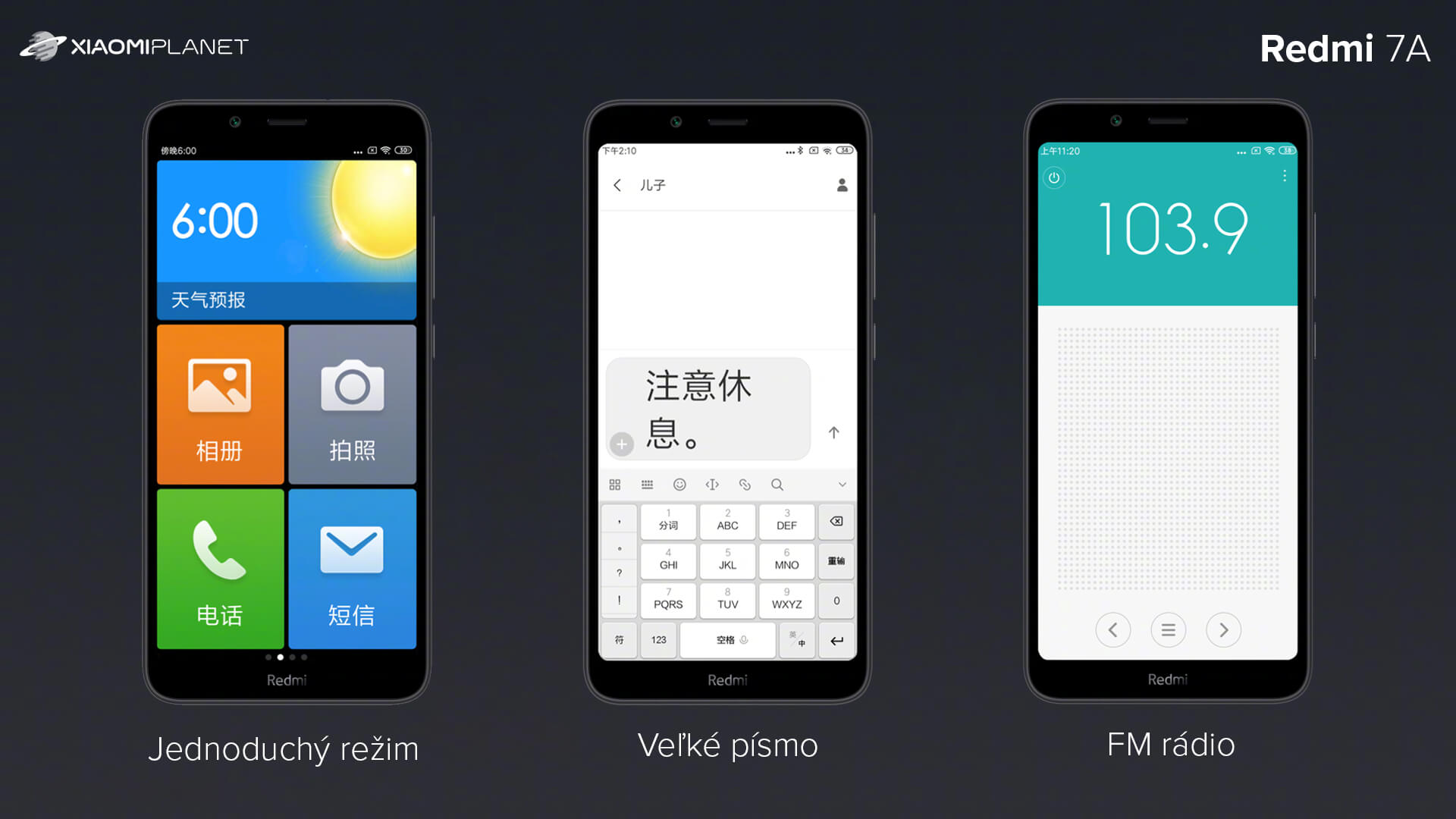 They are easy to read and will simplify the operation of the phone, especially for seniors. In addition, there are other suitable features for the elderly, such as capital font, magnifying glass function a large display mode.

Redmi 7A is also equipped FM Radio with a frequency range of 87-108 MHz and automatically scanned radio stations. It is gratifying that will work even without headphones connected. The novelty also got improved 8,5V high voltage PA amplifierwhich ensures better and louder sound. 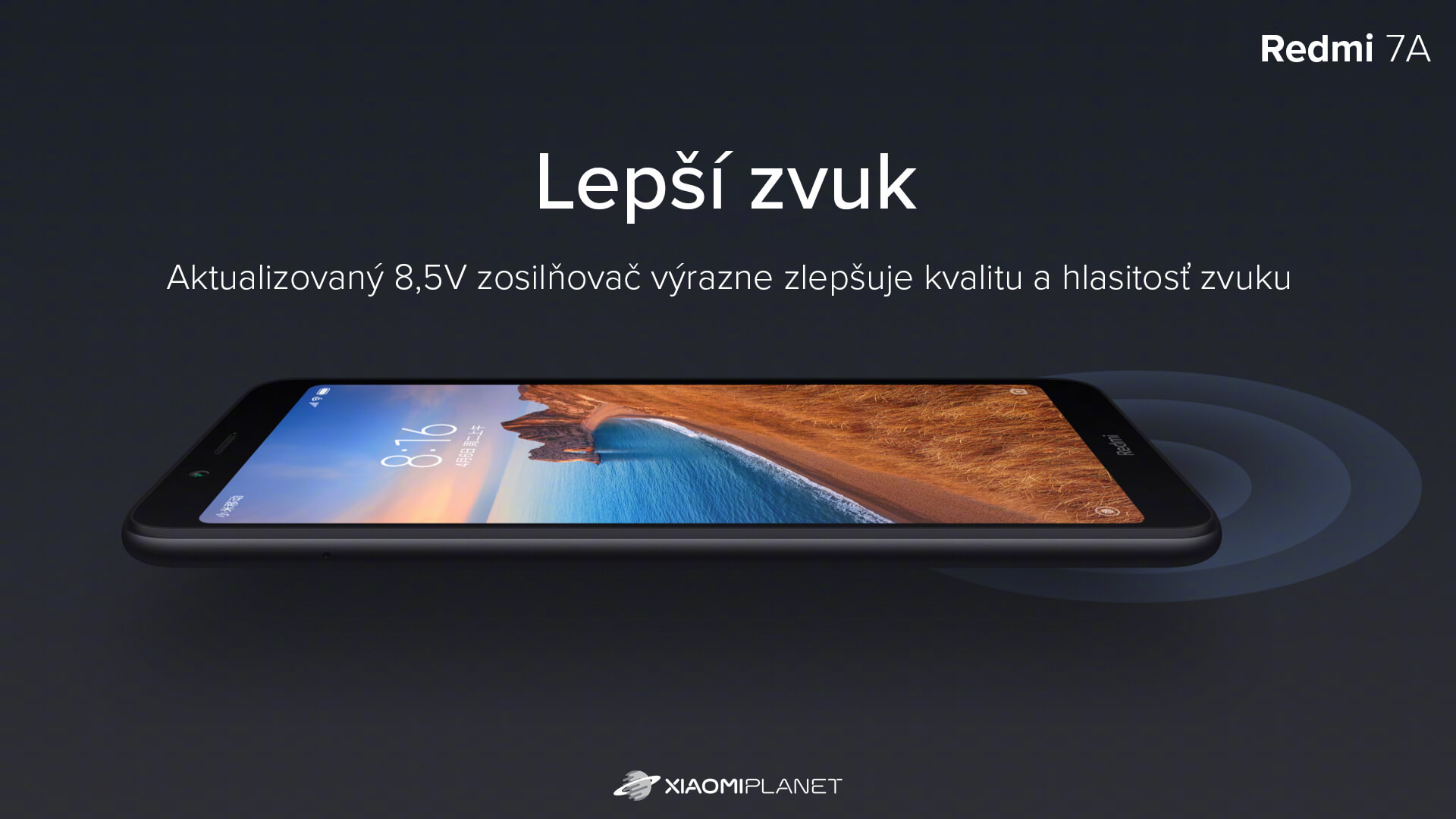 Since the Redmi 7A is a cheap phone, in addition to seniors, another target group is also children. The developers also thought about them and incorporated the mode into the phone Family Guardian. With this mode, it is easy to protect your child from unwanted content on the web, but also by inappropriate applications.

It will also be possible to set the time for the child to use the appliance. The regime can send notifications to the adult or even share the child's location. With another useful feature SOS Emergency Help the user can call for help with a single click, if necessary.

The new Redmi 7A smartphone has passed the testing standards in the same conditions as the upcoming flagship Redmi K20. The phone was equipped special protective coating P2iwhich protects the device from being sprayed with liquid. In China, they compared its effect to running water on water lily leaves. 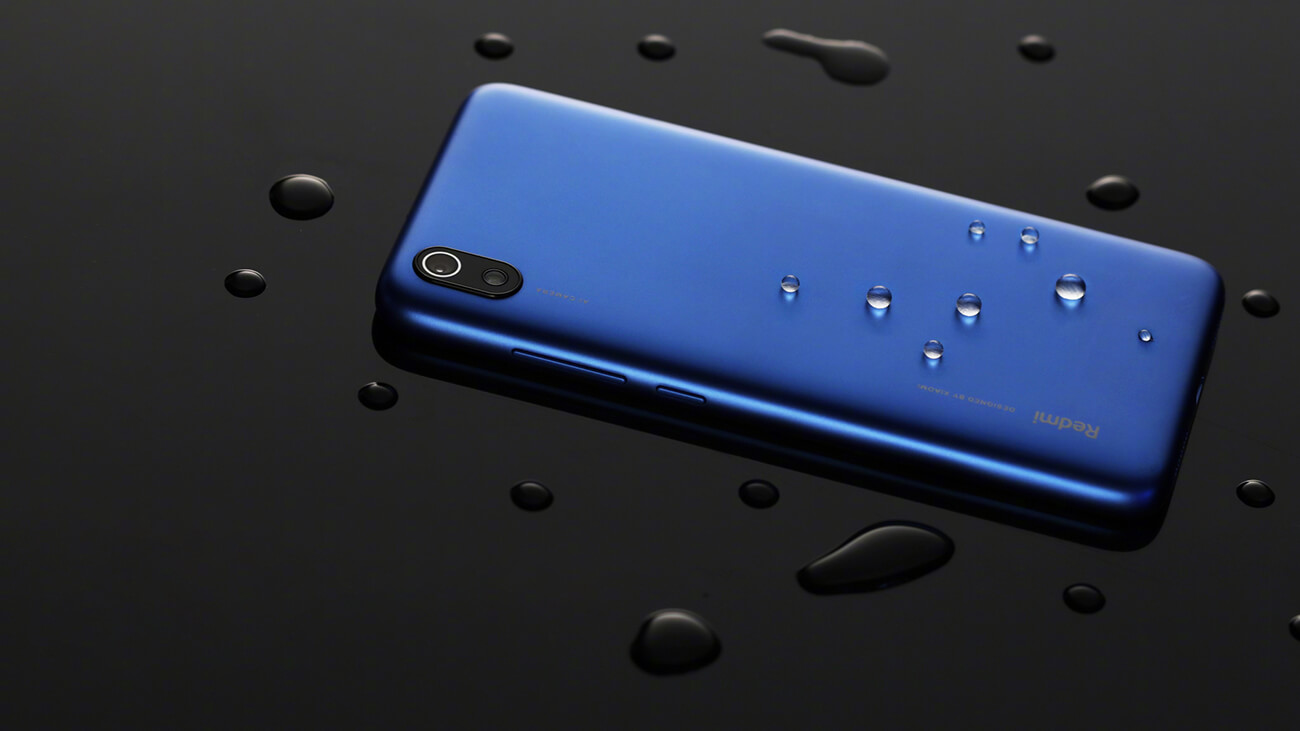 The new Redmi got microUSB high quality connector, which during testing reached the limit of 5 and a half years of use in standard conditions. There is also a favorite 3,5 mm jack for headphones. Slot on two SIMs cards can be used together with microSD card up to 256 GB. 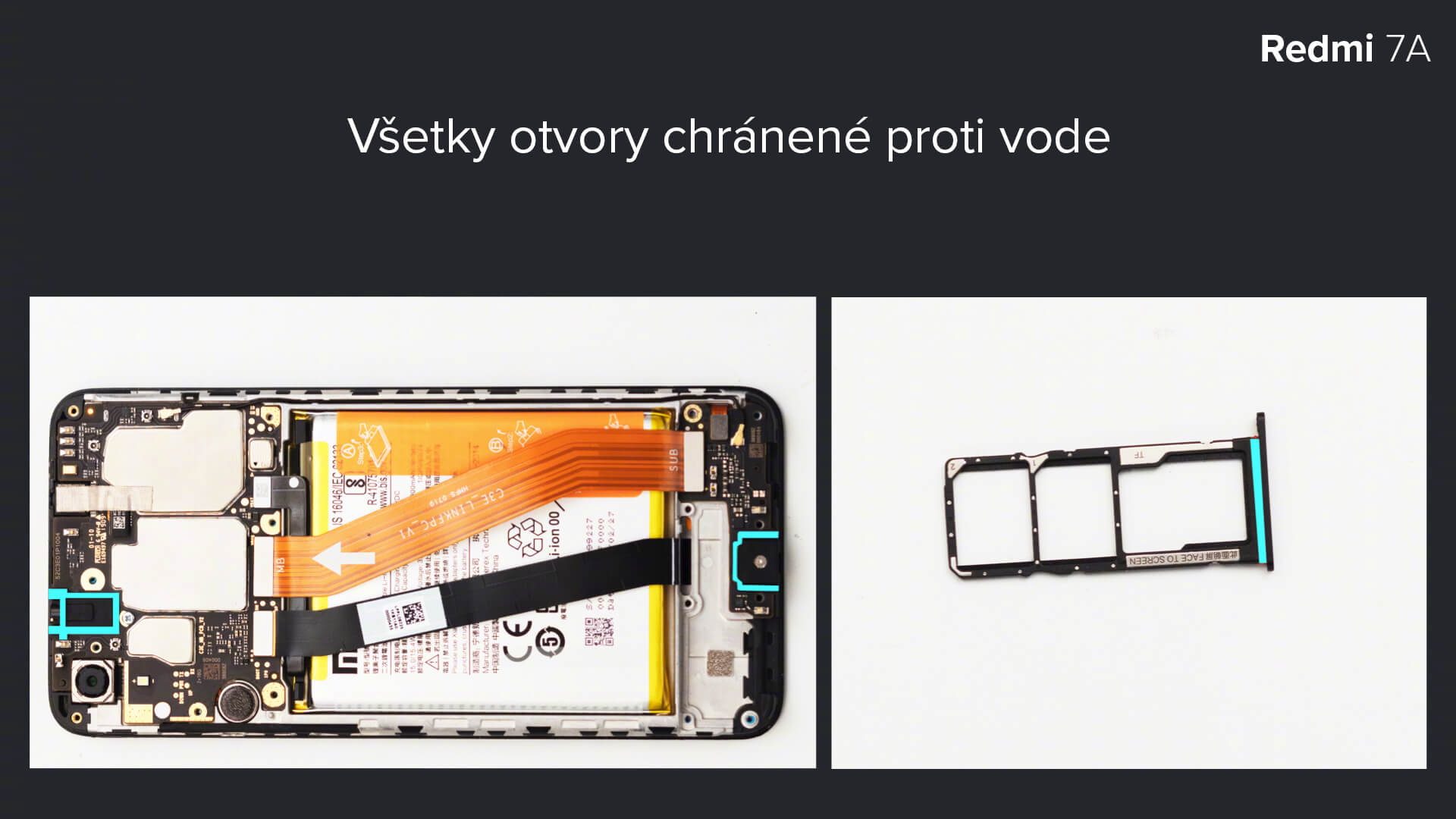 The price is still a secret

However, during this accidental and unexpected performance of Redmi 7A, we did not know its price. Representatives of the company kept this as a bonus to the conference, where the flagship will be presented. We will have to wait for this information as well as the launch date 28.5.2019

The prices of three Redmi K20 models dropped. If confirmed, competition is low