The Redmi K30 Pro is a long-awaited model that will once again stir up the waters in the field of flagships. This fear of the flagships belonging to our favorite brand Xiaomi will be introduced in China soon, specifically March 24.

With the gradual details of this powerful model, we have confirmed that the novelty will have a Snapdragon 865 processor, LPDDR5 RAM and internal memory of the UFS 3.1 type. It will also help him to perform better new Game Turbo 3.0 modewhich will be especially helpful when playing.

However, it is a pleasant news that the Redmi K30 Pro model will be the first to have a new unique technology.

Redmi has confirmed that it will include their new model new vibrating system "Taptic Engine". This technology is able to offer interaction with the MIUI superstructure, thanks to the combination of the motor with linear vibrations. This means that the Taptic Engine offers highly realistic tactile sensations.

The smartphone will be able to simulate up to 153 different tactile sensations, which will offer a completely new experience of use. Redmi calls this as 4D vibration. These tactile sensations will include e.g. simulation of typing with a "mechanical keyboard" or pressing "physical keys".

White version and Fast and Furious

To make matters worse today, we have also confirmed a new variant in a beautiful white color. As you can see in the picture below, the on / off button will have a different color than the rest of the phone body.

With the news, but we don't end it. As mentioned, Redmi, with its upcoming flagship, is officially sponsoring the Fast and Furious film series, specifically its latest ninth installment. Interestingly, the film had to be moved due to the Covid-19 virus. 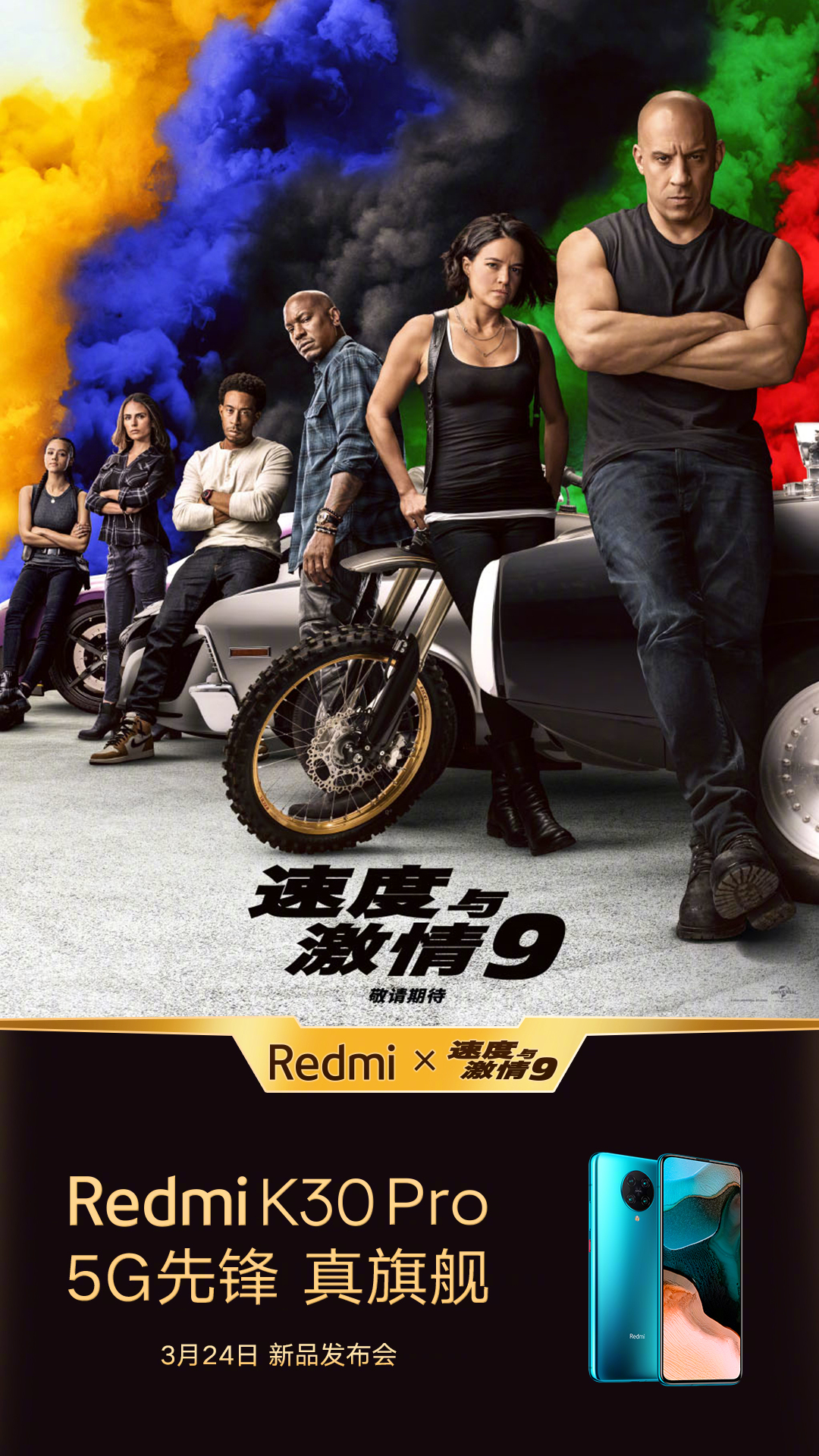 K30 He will soon see the light of day and its performance and the expected low price can make it the biggest fear of flagships of other brands. It will be even more interesting, definitely keep watching us.

We also send news about Redmi K30 Pro by e-mail. 👇

Xiaomi explains why they used a curved display in Mi 10

The future is here: Xiaomi is developing an app for smart watches that can control cars