Redmi Note 10 is ready for release. It has been officially certified

Redmi Note 10 is ready for release. Passed certification and we know the parameters

The upcoming Redmi Note 10 smartphone has recently been officially certified and is therefore slowly but surely preparing for its unveiling.

Xiaomi has not even had time to release its 5G variant of the Redmi Note 9T smartphone and we already have information from the official FCC certification. This shows us the upcoming Redmi Note 10 model, specifically the Pro version.

The smartphone was coded M2101K6G, again being a middle class model. So far we only know about Classic and Pro models. However, it is possible that other versions will be added in the future. In the Note 9 series, we could also see, for example, the T model or the S model. 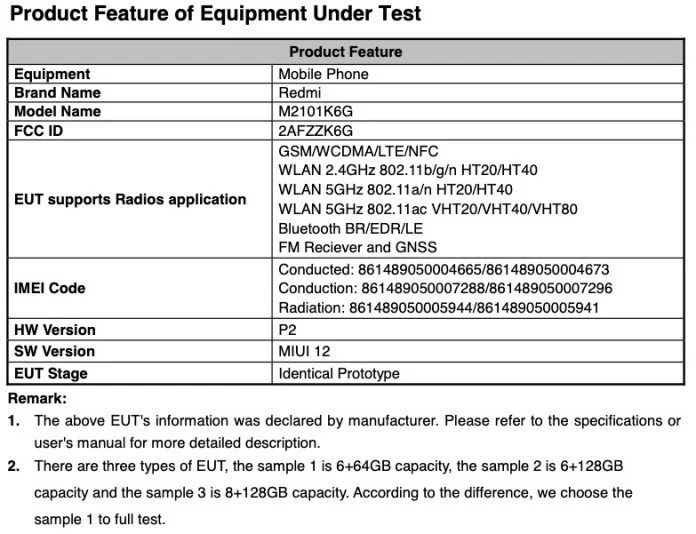 The smartphone should already be included in the basic model 5G technology. This is a nice bonus due to the price category, especially in the future. We can also see from the certification that we should see 3 configurations in terms of RAM and internal storage.

RAM will start at 6 GB, with the highest configuration offering up to 8 GB. Internal storage starts at 64 GB and ends at the maximum possible configuration in the form 128 GB. However, it will also be possible to extend this with the integrated microSD slot for memory cards.

Unconfirmed information also indicates a display with a refresh rate of up to 120 Hz or 144 Hz. However, this is not so unrealistic given that the POCO X3 offers a fairly decent 200 Hz display for around € 120.

When it comes to cameras, charging speed or battery capacity, it remains a mystery. Various leaks also speak of 108 MPx camerawhich would be really great for a given price tag.

However, when the new Redmi Note 10 will be introduced is still questionable. It is expected that it could be revealed in this or next month. However, nothing official has come from Redmi yet. Given the official FCC certification, the revelation might not be far at all.

Xiaomi Duka RS1 is a very high quality set with up to 24 extensions. The EU warehouse has an excellent price