It's official: the Redmi Note 8 and Note 8 Pro with 4 cameras will be introduced later this month!

If you're watching what's happening around Xiaomi and her subsidiary Redmi, you've probably noticed that Redmi is planning his summer conference at the end of this month. It has already been confirmed that they will present their completely smart TV with a 70-inch diagonal.

Today we learned other official information - in addition to smart TV, they will also present other devices with which the brand surprised us.

Yes, already August 29 / August together with Redmi Smart TV new generation smartphone Redmi Note 8! The performance was officially confirmed by the Redmi brand this morning with new banners, which it published on its Weibo profile. 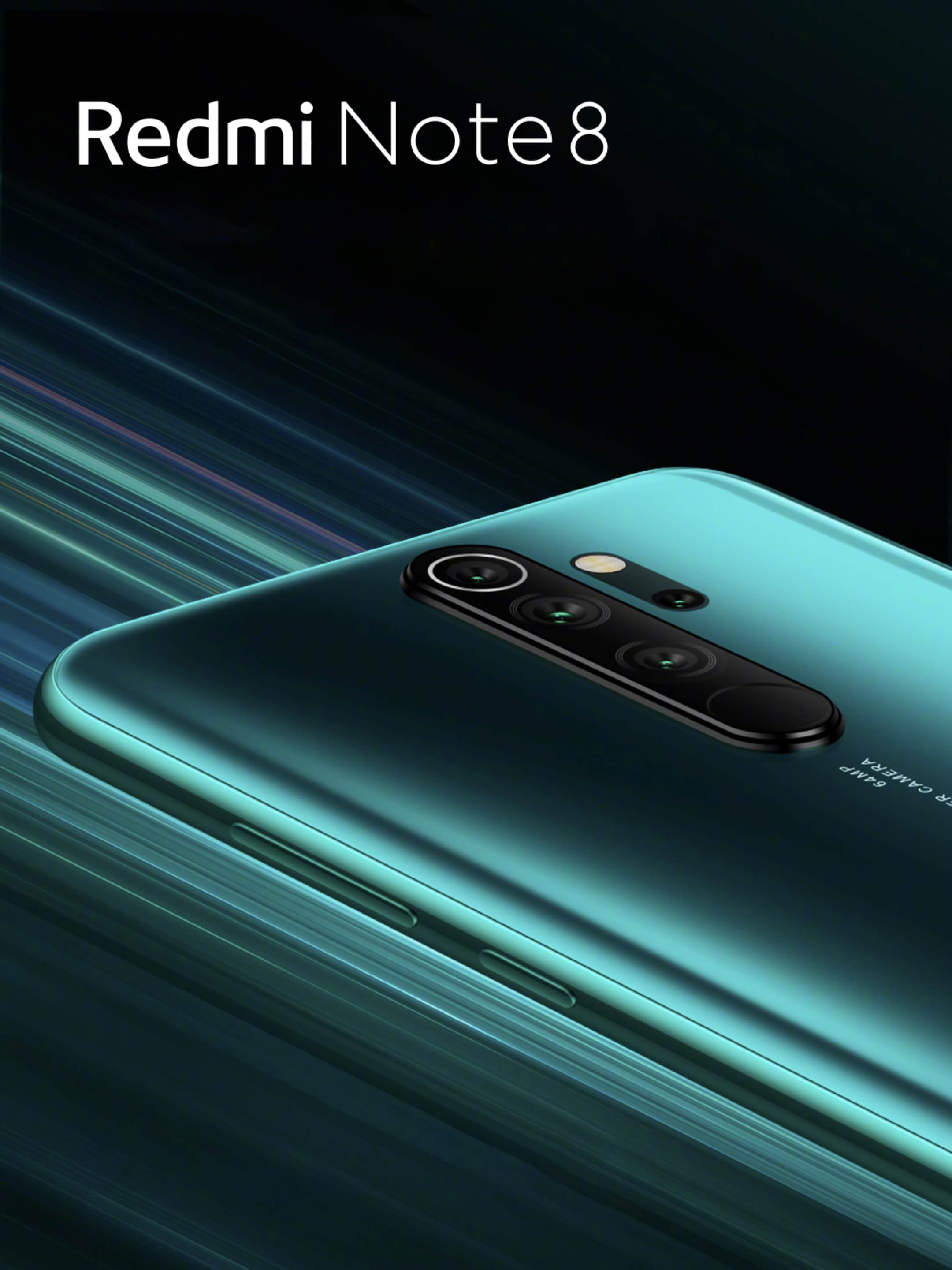 In total, up to 3 smartphone models will be introduced. We can say with certainty that it will be Redmi Note 8 and Redmi Note 8 Pro. The name or designation of the third model has not yet been specified. However, Redmi has published several photos that reveal the design of the back or cameras.

4 cameras on the front with a 64 MPx sensor

We already know that the new Note "Eights" will come with a recently introduced 64 MPx sensor from Samsung, in which Xiaomi himself also participated. For a quick reminder, this is more accurate Samsung GW1 sensor with size 1 / 1.7 ″. The photo will be taken in resolution  9248 x 6936 px. 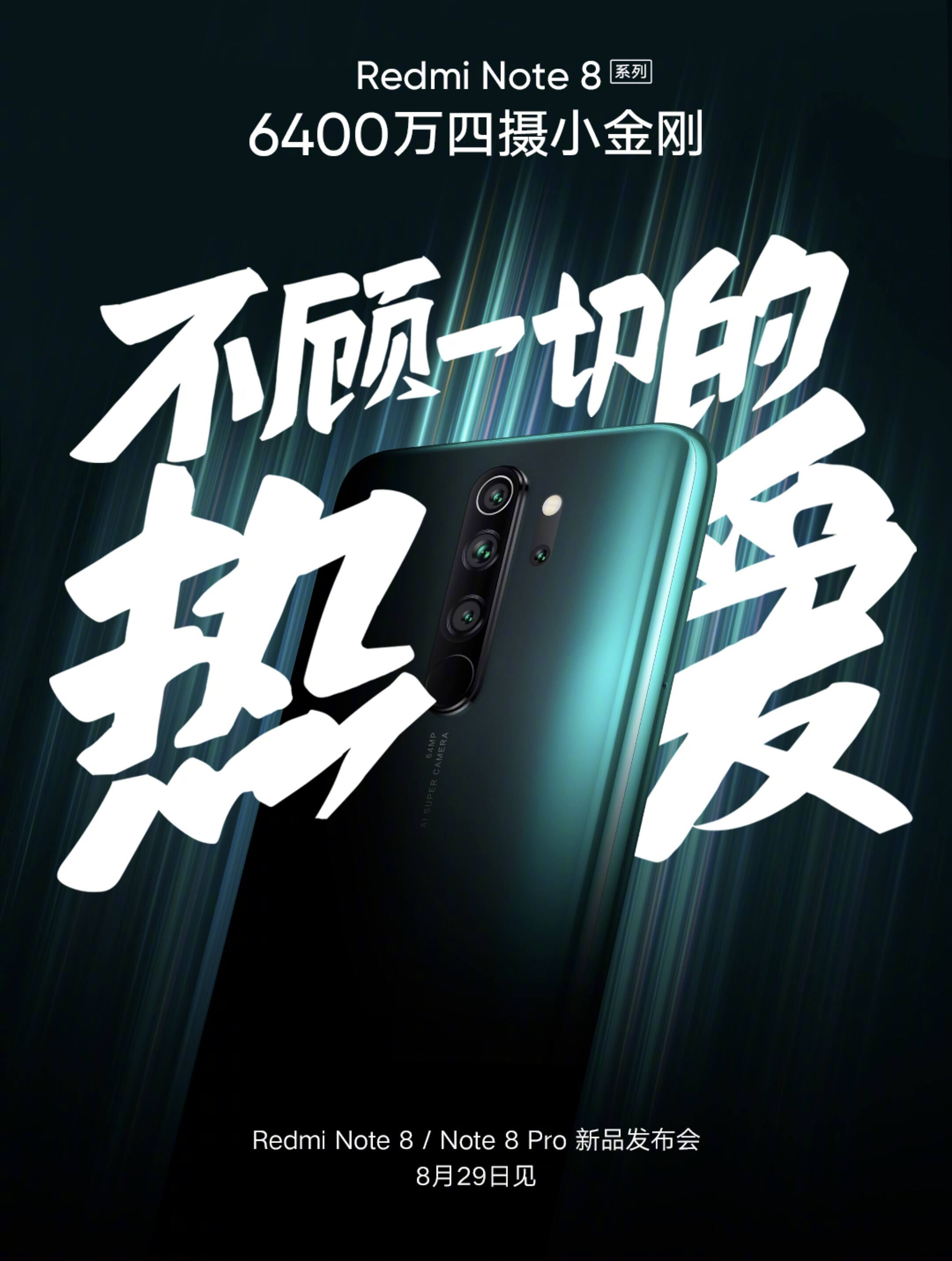 The photos also reveal two other sensors whose specifications are not yet known. However, one is likely to be an ultra-wide lens, the other a telephoto lens. The fingerprint sensor, which will be located on the back this time, cannot be overlooked either. 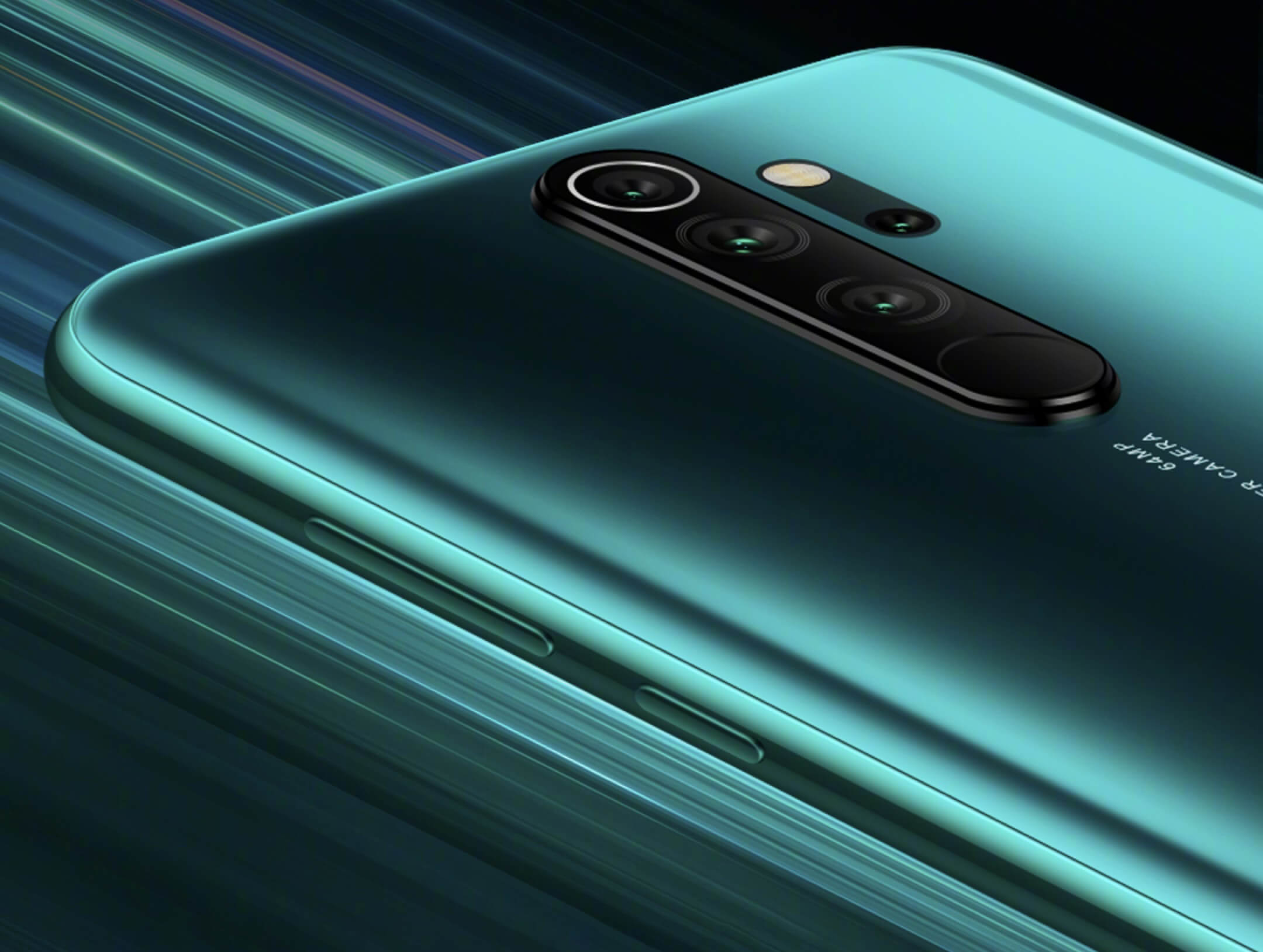 However, a closer look reveals another sensor - it is located just below the LED flash. Most likely it will be about ToF camera (Time of Flight), which is used, for example, to measure distance through a camera using augmented reality. A similar sensor includes, for example, the premium Huawei P30 Pro.

Now something from an unofficial barrel. Quite famous Xiaomi leakster appearing on Twitter under the nickname "Xiaomishka"Several times and correctly predicted the arrival of future Xiaomi smartphones. This time he managed to find out more information about the as yet unveiled Redmi Note 8.

#Xiaomi #Redmi # redminote8
Hot news!
I can confirm that the new Redmi Note 8 is already ready to go on Global market.
Model M1908C3JG go on sale in September! pic.twitter.com/A0wqzJyQDg

According to his information, it will be global performance of Redmi Note 8 very fast. The smartphone in the global version has a model designation M1908C3JGwhich sits with still fresh information from FCC certification authority. The introduction of Redmi Note 8 Global is due to take place in September / September.

Two generations of a Redmi Note smartphone in one year

The Redmi brand has chosen a really aggressive tactic from its parent Xiaomi since its separation in January. In addition to smartphones, they began to produce not only affordable electronics of various specializations, but also other products for everyday life.

It is interesting to see how Redmi decided with the sequel to the Redmi Note series. This year's first model, the Redmi Note 7, was introduced in January and has already achieved 20 million units sold in the global market.

Perhaps due to the high popularity, the manufacturer decided to introduce the next generation, the Redmi Note 8, this year. We are very curious what will surprise us with the new model and what the manufacturer will prepare for us this year. Be sure to follow Xiaomi Planet and you will be in the picture.

Xiaomi is already working on a new Mi Band 5. We will see him next year

Now it pays off: Xiaomi Mijia The M365 scooter received the best price in the EU stock so far!