Redmi Note 8 and Redmi 8A are likely to come later this year. We have the first specs and photographs - Xiaomi Planet

Redmi Note 8 and Redmi 8A are likely to come later this year. We have the first specifications and photos

Redmi, a subsidiary of Chinese Xiaomi he is probably planning another of his models with a brutal price / performance ratio. The novelty has passed TENAA certification these days, which could mark the mass production of this device in the near future.

Initial speculation began after the introduction of a pair of new cameras in cooperation with Samsung. The question was when one of the pair, a 64 MPx sensor, could be ready for production. It is this sensor that should go into the new Redmi smartphones, whether redmi 8 or Redmi Notes 8.

Will it be Redmi 8A?

The new product, which has been certified, offers a display with a drop-shaped cutout, a relatively standard design with a fingerprint sensor on the back and a pair of rear cameras. The model number of this device should be M1908C3IC. In the pictures we can also see the marking of the manufacturer's logo on the back, but also on the front below the display. 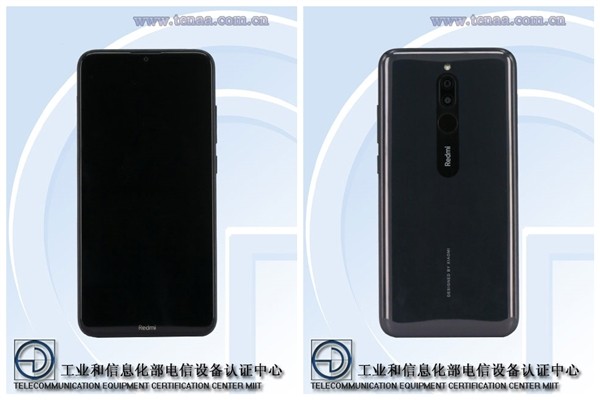 Current leaks offer an insight into the first samples of the "finished" device and it will almost certainly be a model Redmi 8A, with the code designation "Olive" and the model designation M1908C3IH (variation of the above-mentioned designation).

The device should include a Snapdragon 439 processor, 4 GB of RAM, 64 GB of storage and up to a 5000 mAh battery. We do not yet know the resolution of the cameras and the sensors used.

And what about Redmi Note 8?

Lei Jun, CEO Xiaomi indirectly confirmed the introduction of this model through social networks. news Redmi Note 8 could see the light of day with the new 55 ″ television Redmi TV on August 29, 2019.

The smartphone will probably offer the aforementioned 64 MPx photo ISOCELL sensor or MediaTek Helio G90T processor. Improvements should come in terms of the camera, endurance on a single charge, but also in terms of the ratio of the display to the front wall.

[COMPARISON] We used Xiaomi Mi Band 3 for a year and switched to Mi Band 4. We couldn't have done better

It's official: the Redmi brand will introduce its first 70 "smart TV in a few days