Redmi will present his first smart bracelet sooner than we thought. This is what it will probably look like - Xiaomi Planet

Redmi will introduce its first smart bracelet before we thought. This is what it will look like

We can say that Xiaomi with her Mi Band series made a big hole in the world. Millions of satisfied customers from all over the world testify to the excellent quality and affordability of Mi smart bracelets.

Redmi, which became independent only last year, does not yet have a wearable smart bracelet or other similar gadget in its portfolio. But that may change soon.

Will he come tomorrow?

A poster appeared on the well-known Chinese social network Weibo under Redmi's profile, referring to tomorrow's presentation of the first wearable device.

The first Redmi smart band is to see the light of day tomorrow at 14:00 local Chinese time, ie at 8:00 in the morning of our time. In addition to the first poster, a second one was published, which shows what it might really look like.

Most likely, we will see a sharp rectangular look, which may to some extent resemble the well-known Honor Band.

Redmi also attracts with a beautiful color display, which is to offer vivid and rich colors and the associated good readability in direct sunlight. There will also be features such as a pedometer, sleep monitoring, calorie counter or NFC, which will probably only be used for payments in the home China. 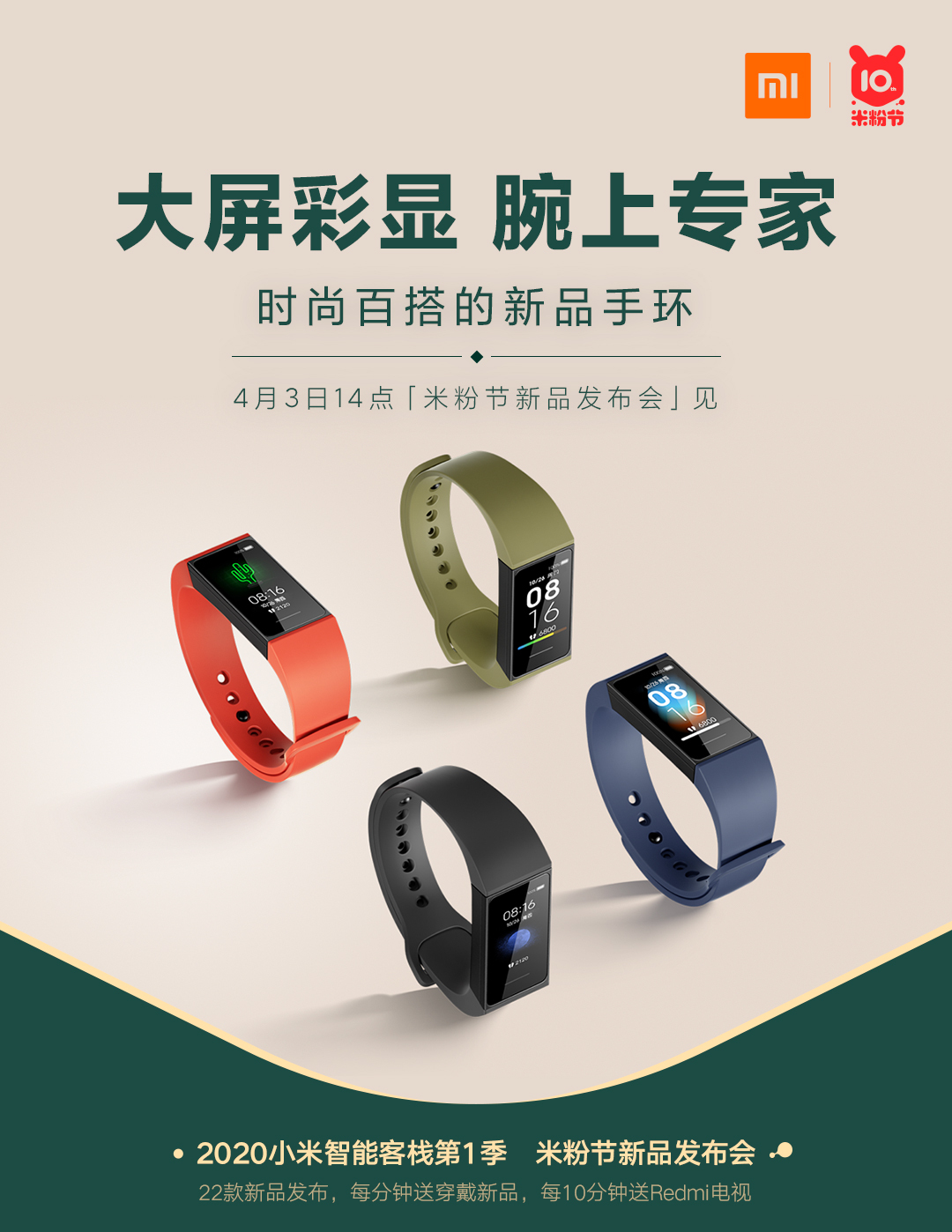 Redmi's pricing policy is clear - an extreme price-performance ratio. This strategy will also be clearly reflected in the price of a new product, where the low price is more than expected. Redmi smart band will follow in the footsteps of its potential competitor from its home workshop - Mi Band 4.

Tomorrow, in addition to the new smart bracelet, another 22 interesting products will be introduced, which of course you will hear about here, so don't forget to follow our website.

We also send news from Xiaomi by e-mail. 👇

Xiaomi has not given up on tablets yet, says a major company representative