Redmi will introduce a new generation of the massive Redmi TV MAX. It will have 100 "

Redmi will introduce a new generation of the massive Redmi TV MAX. It will be more than 100 inches

Spoločnosť Redmi as a subsidiary of Chinese Xiaomi, it is already preparing a new generation of its massive television brand Redmi TV MAX. It will have a diagonal of more than 100 inches.

In mid-2020, the Chinese manufacturer officially introduced its first generation Redmi TV MAX model. It was an oversized 98 ″ TV, the installation of which required special tools and was quite demanding. It will now be replaced by an even larger, larger model.

Through its social networks, the parent company Xiaomi has confirmed and officially announced that on February 25, 2021, together with the debut of the Redmi K40 and Redmi K40 Pro models, it will also offer a television from the Redmi TV MAX series, which will be even larger.

More than 100 inches and universal use

The published status literally reveals that "the surprise will be even greater", predicting that the new Redmi TV MAX will far exceed 100 inches, making it one of the largest mass-produced televisions on the market, at least in the price range in which to find.

Although the 98-inch version required the use of specific mechanisms, we cannot imagine the dimensions of the new, upcoming TV at the moment. Its size, of course, makes it suitable for larger living rooms in family homes, where there is enough space to watch from a few meters. 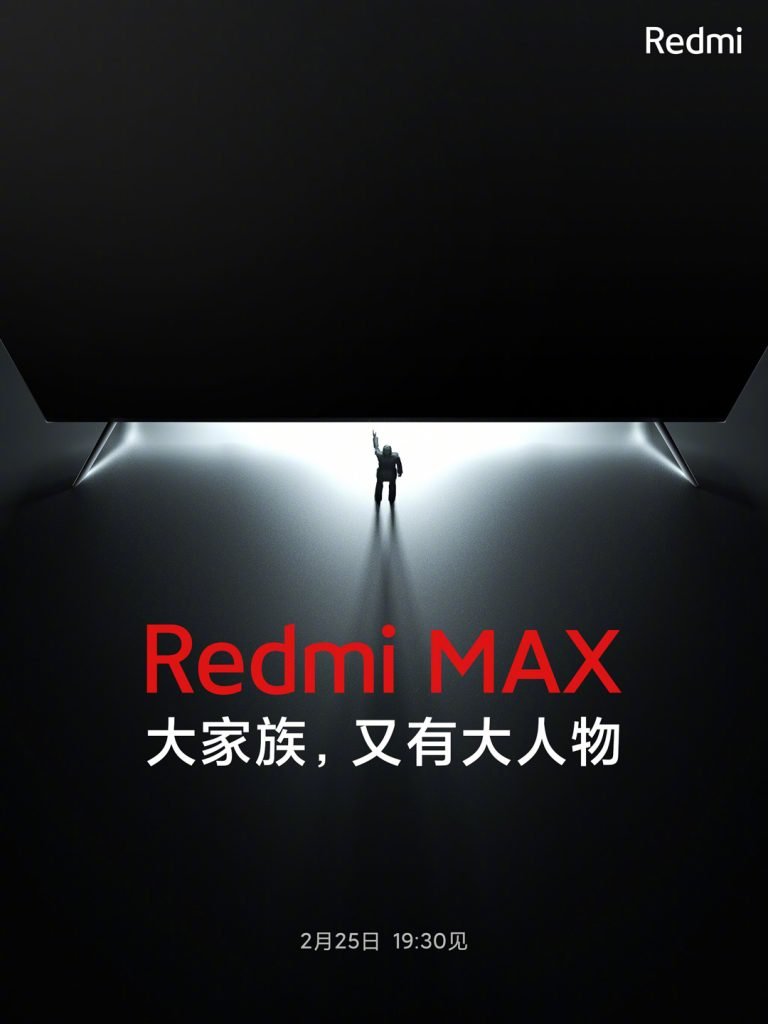 However, it is also an interesting solution for office use for presentations or bars for broadcasting sports programs. So far, however, no Redmi television has appeared on sale outside the Chinese market. We are curious when these interesting products from the Redmi brand workshop will also appear in Europe.

How do you like the upcoming Smart TV from the workshop of the subsidiary Redmi? Would you consider buying this product? You can easily write your observations and opinions to us below in the discussion below the article. Watch our new group on Facebook and the Xiaomi Planet portal to find out more.