It's over 10 years since the establishment of today's important company Xiaomi. During that time, the company was able to climb to the top of the important rankings, even far beyond the borders of domestic China. Over this decade, we have witnessed all kinds of changes, but also the arrival of new, intelligent and unusual products that have changed the world of technology.

On the occasion of the brand's 10th anniversary celebrations, co-founder and CEO of Xiaomi, Lei Jun, also presented the expected news Xiaomi mi 10 ultra a Redmi K30 Ultra. We are talking about flagships of brands whose performance is more than worthy of action of a given size.

So that you don't have to fumble in a foreign language, but can enjoy something from this event, we bring you the best of Lei Juna's speech from a significant event.

It started 10 years ago

The year 2020 was extraordinary, as the whole world faces enormous challenges. We originally planned a big celebration for our 10th anniversary, but unfortunately it had to be canceled due to the pandemic.

However, life does not end and moments of recklessness are always needed in difficult times. That's why I decided to give a speech and give all our friends a broad overview of Xiaomi.

10 years ago, me and a group of friends started building Xiaomi. As an entrepreneur and at the same time a smartphone lover, I decided with my friends that we would produce the best smartphones in the world.

Our big dream was and still is: "To make the best smartphones in the world for half price, so that everyone can afford them."

As newcomers to this segment, we had a really hard time as we had to start from scratch. However, as I looked at other technology giants and what we had at the time, I came up with an interesting idea: How do we make and sell smartphones with Internet access?

If we could combine hardware, software and Internet services, we would pave the way for success and become a destructive force in the industry. I would like to call this business model "Triathlon".

A group of friends with no experience

In the beginning, none of us were hardware experts. So we started with the operating system, as the team was good at it. Android, the open source system, has become our first choice. 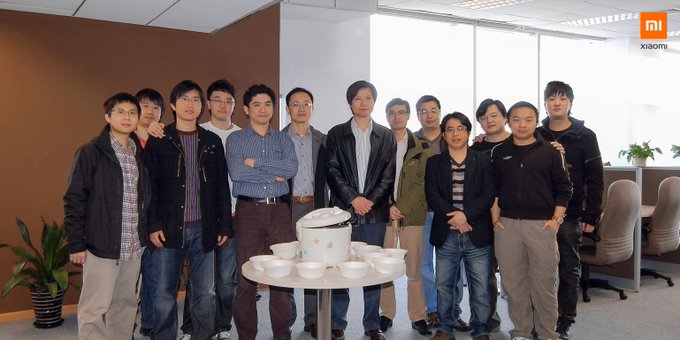 However, the operating system required much more work than I expected. After a joint discussion, we decided to focus on basic features such as: calls, SMS, contacts and home screen.

After two months, specifically on 16 August 2010, the first version of the superstructure was born MIUI.

MIUI initially caught real attention at the US Developer Forum XDA. From that moment on, MIUI became entrenched in the circles of technically proficient users around the world, and subsequently the users themselves began to arbitrarily create local versions of the Mi community in countries around the world.

This launched a large-scale global campaign, and Xiaomi also began to shape global opportunities. This is how our culture came into being, which we know as "Fan me".

It all started with Xiaomi Mi 1

As for smartphones, Xiaomi Mi The first generation was priced at 1 yuan (245 € / 290 USD). This was due to all the premium providers we worked with on it. The final price was almost the same as the production price of the smartphone.

However, at that time, the average price of smartphones was from the local brand 700 yuan (85 € / 100 USD), so I was a little nervous when presenting our first smartphone.

When I announced our price for a smartphone, the audience exploded within half a minute of applause. I was finally able to relax and say to myself, "Looks like we did it."

At the beginning of 2012, we started planning the already known project "Redmi". It was a time when we decided to make smartphones for everyone in China, with the goal of working with domestic suppliers.

At that time, the national supply chain was still in a primitive phase. I am with the first generation of the Redmi smartphone he was not very satisfied. That's why we decided to start over and invest 40 million yuan into research and development.

Quality claims have paid off. Redmi was much more successful than we expected. We managed to sell phenomenal 44,6 million pieces.

But I learned this: Every success story is a risk story. It is up to us to take the risks and make the right decisions.

Xiaomi has seen and fall in the last decade. The arrival of the model We MIX it meant for Xiaomi a kind of prelude that led the company into the era of frameless display. When we first turned on the Mi MIX screen at the show, everyone was kidnapped. 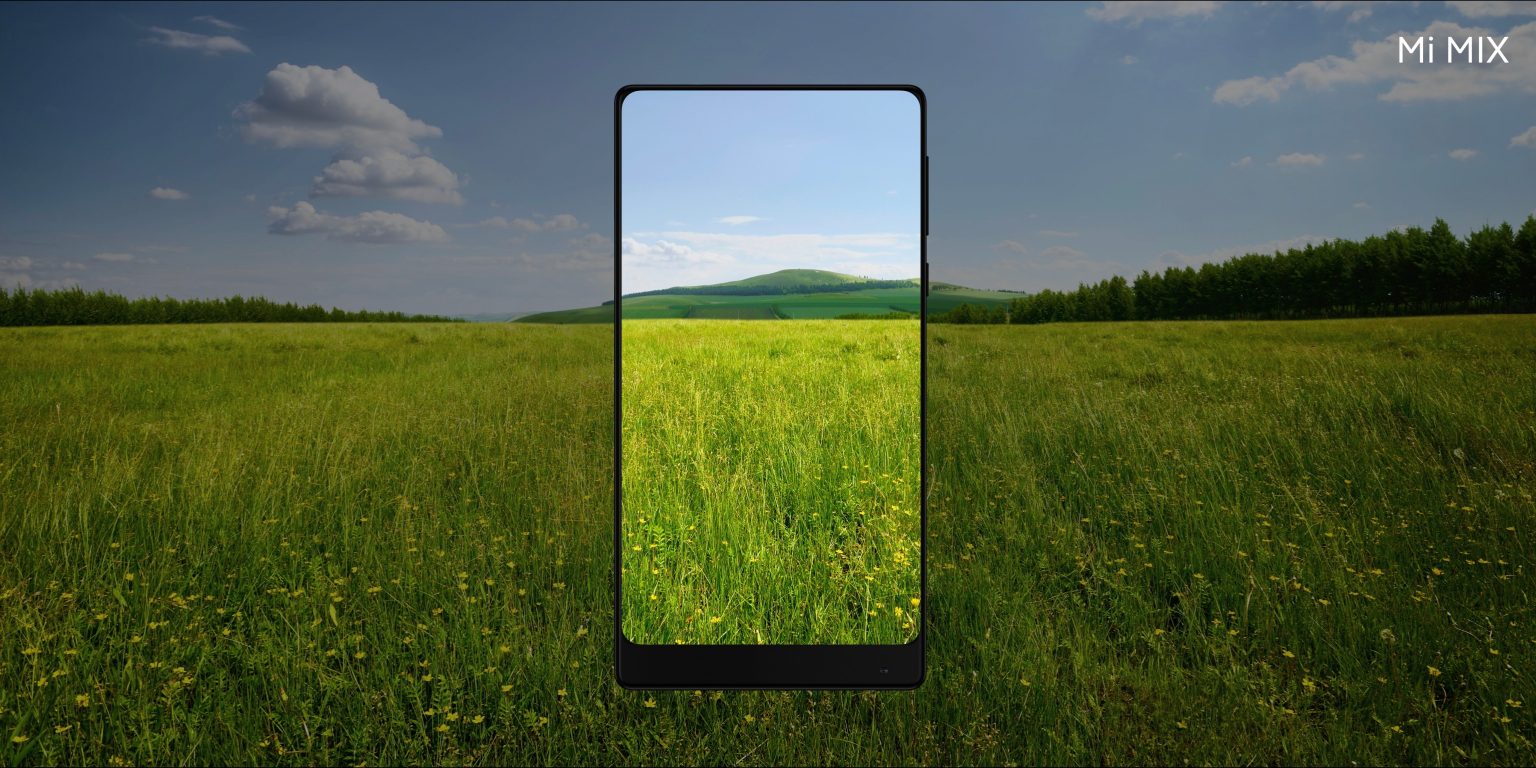 Three of the world-renowned design museums have included Mi MIX in their collection. The curator of the National Museum of Design in Finland commented as follows: "Mi MIX as a leader in design sets trends for future smartphones."

Our path to globalization has been bumpy, but also a joyous ride. At times, unexpected moments could turn into unexpected benefits.

Presence in up to 90 different countries

Xiaomi has officially entered the market in more than 90 countries in the whole world. IN second quarter of 2020 the Xiaomi brand was at the top of the list TOP 5 smartphone manufacturers in up to 50 countries. 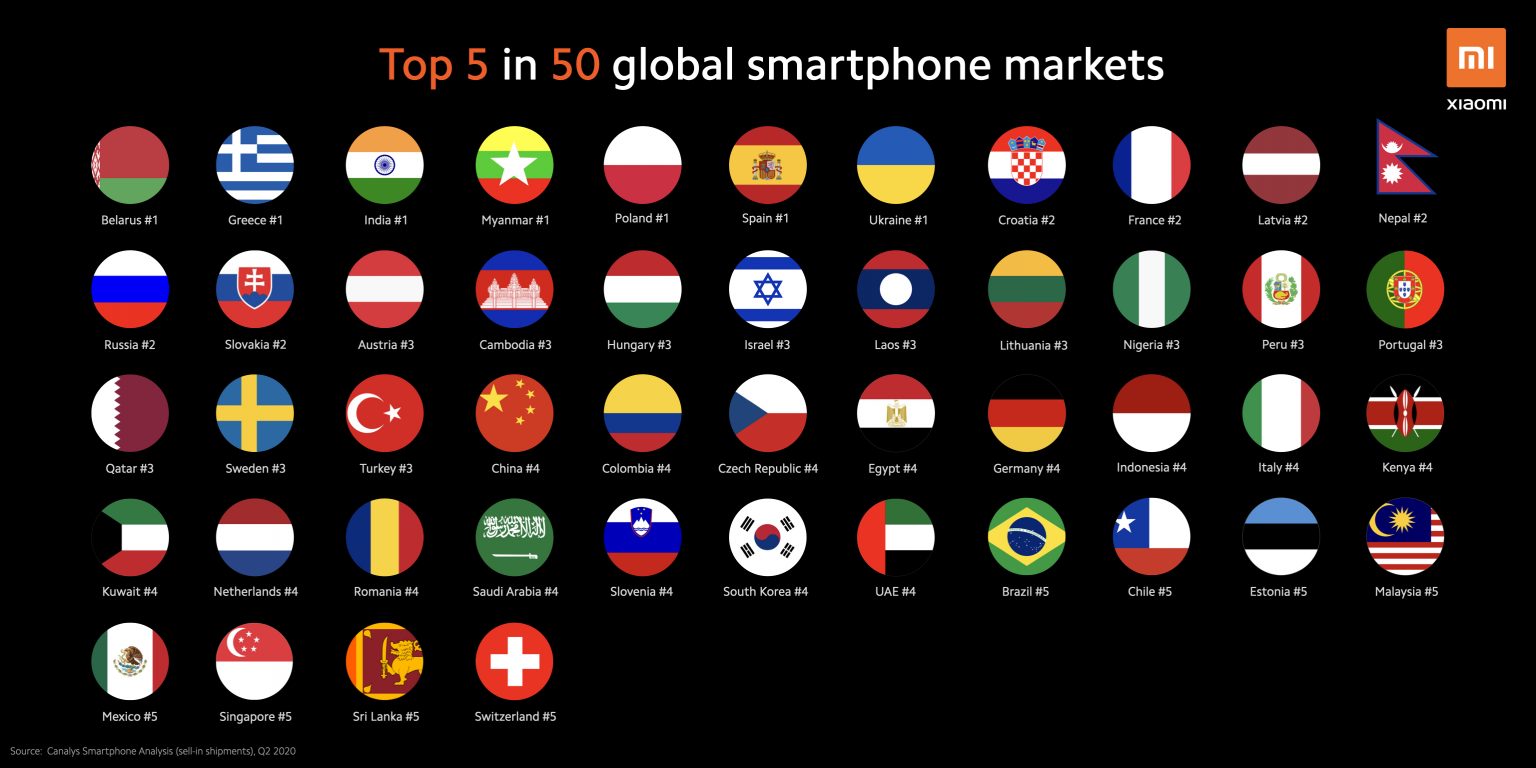 During our journey to globalization, the idea arose: "Success is not always planned, while life opportunities are unfavorable."

The promise of IPO

Looking back on our 10-year journey, from the beginning of the brand's founding to the present, these have occurred key moments: The first is without a doubt IPO. Throughout the IPO process, it would be an unforgettable matter to5 %".

It was a decision and promise approved by the Board of Directors for our users that in the area of ​​hardware, the total net profit margin after tax will never exceed 5%. If the margin exceeds 5%, we will find a way to return the excess over 5% to our users.

However, when this report reached our shareholders, some concerns were raised. Many urgent conference calls took place, during which the conversations reached a dead end several times.

I told them, “Good companies make money and big companies win the hearts of users. If you agree, what you have in your portfolio will be a great company. ”After that, all stakeholders were fine and a unanimous agreement was reached.

Own spaces and achievements

The second unforgettable thing was to move to our own Xiaomi complex. Xiaomi Campus opened its doors last July and for the first time we had a permanent address. I was more than excited.

Last year, we were listed for the first time Fortune Global 500, na 468 place in the ranking. This chart shows how Xiaomi's annual income has increased over the years. As you can see, it's a charming and encouragingly growing line.

But Xiaomi is only 10 year old child. If you look at this company from a growth perspective, you will find many things that we do well, such as:

In the ranking 50 most innovative Boston Consulting Group, five Chinese companies were listed in 2020, including Huawei, Alibaba, Tencent, JD.com and Xiaomi.

Furthermore, Xiaomi got on the list of the best 100 global innovators companies Derwent until 2020.

In 2020, Xiaomi was on 81th place in the ranking The 100 most valuable global brands companies BrandZ.

These three evaluations show that we have done an excellent job in the field of innovation and branding.

What has changed in the last 10 years?

Xiaomi's first decade embodies the 10-year story and growth of the mobile Internet industry. It is an honor for us to move forward in these great times.

Looking back on the ten-year journey, what made us proud? We connected with our partners, made smartphones accessible to everyone and accelerated the development of the mobile Internet.

Second, we mobilized and connected with like-minded people. Together, we have changed many industries and earned the recognition of many companies and entrepreneurs.

This was a selection of the best of Lei Jun's speech. However, if you want to read the whole speech, you will find it on the official Xiaomi blog.

XiaomiPlanets.com is the largest portal about Xiaomi in Slovakia and the Czech Republic. Subscribe to our articles and you will not miss anything. 👇