Spoločnosť AnTuTu regularly tests the most powerful Android smartphones through its stress tests. In a month August 2020 the ladder dominated again the flag model from the workshop of a Chinese manufacturer Xiaomi.

However, it was not the only one and there are other smartphones from partner brands in the ranking. In addition, the results are made from more than 1000 test samples from each piece of smartphone.

AnTuTu: The most powerful devices for August 2020

The current ranking was dominated by a new flagship model from Xiaomi. Model Xiaomi mi 10 ultra has been tested with the flagship Snapdragon 865 processor in a 16 GB RAM + 512 GB internal storage configuration. In the first place, it was enough to get a total of 646 points. 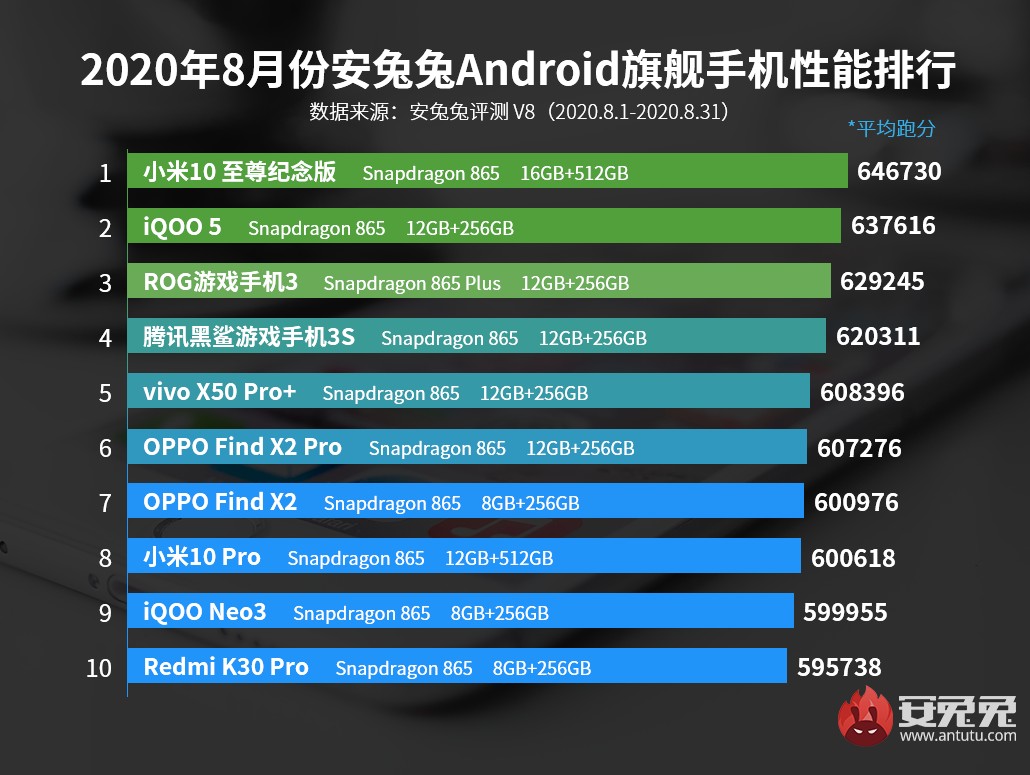 The second place went to a smartphone with a sign iQOO 5. It will offer the same Snapdragon 865 processor and received 12 points in a 256 GB RAM + 637 GB internal storage configuration.

On the third resp. bronze place is a powerful gaming smartphone Asus ROG Phone 3, which will offer the updated flagship Snapdragon 865 Plus processor. In a configuration of 12 GB RAM + 256 GB storage, he gained 629 points.

There are other Xiaomi smartphones in the ranking

The fourth place is home to another Xiaomi smartphone. This is specifically a partner model focused on mobile players with a label Black Shark 3S, offered by the flagship Snapdragon 865 processor. In a configuration of 12 GB RAM + 256 GB storage, it gained 620 points.

This is an elegant, stainless steel and antibacterial chopping board from Xiaomi