Xiaomi is launching its new induction hob with 2 thermal zones

Spoločnosť Xiaomi officially introduced its new induction plate. It contains two thermal zones, but also power at the level of up to 2200W or a practical LED display.

It has two thermal zones and 100 temperature levels

The Chinese manufacturer Xiaomi surprised us again with the official introduction of several new products. Among them is a new practical household gadget in the form of an induction hob for cooking. Its dimensions stopped at 100 x 632 x 313 millimeters.

The novelty will offer two thermal zones, as well as a two-zone control system with precise independent temperature control with a choice of up to 100 levels.

Power up to 2200W, LED display and touch buttons

Spoločnosť Xiaomi it has traditionally reached for a minimalist design, this time in light colors. The power of this induction hob has stopped at 2200W, which is definitely not a shame.

New induction hob contains a practical attachment and a lid, while it has a 63 cm long area for placing various types of pots, pans or bowls. The control of the mentioned temperature regulation is ensured by four touch buttons, which are also supplemented by a small LED display and a pair of physical buttons.

In addition to the sophisticated temperature control system, there is also an operation timer, which you will especially appreciate in more time-consuming recipes. Conversely, for fast food, there are also some very fast heating functions.

Induction hob is ready for use not only in the home, but also in the cottage or in places that are not equipped with a full kitchen with appliances. It is suitable for preparing various recipes from pasta, meat, fish, soups to selected types of desserts.

Price and availability of induction hob

New from Xiaomi has a starting selling price of only 899 Chinese yuan. This is approximately the amount in the current conversion 113 € / 137 USD. 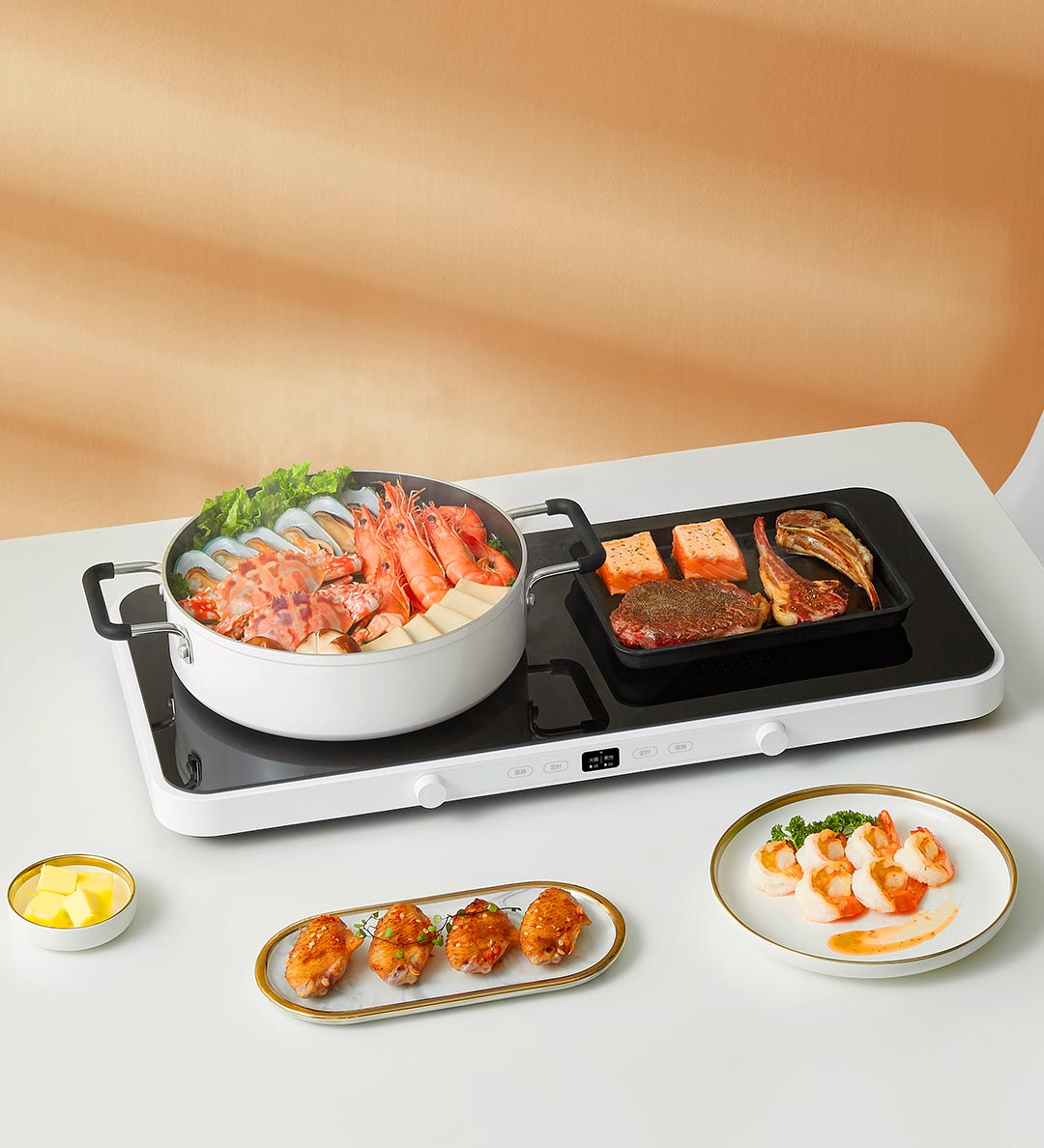 Sales of the new induction hob began on 12 December 2020, on the Chinese domestic market at local retailers. However, it is very likely that sales of this product will soon start in the offer of popular international retailers such as Aliexpress.com.

Do you like the new induction hob from Xiaomi's workshop? Would you consider buying this product? You can easily write your observations and opinions to us below in the discussion below the article. Follow our Facebook and portal Xiaomi Planet and learn more.

Xiaomi Mi 10 with 108 MPx camera receives a new coupon after a long time. Directly in the EU warehouse