Xiaomi is the fastest growing smartphone manufacturer in Slovakia. Still the leader of Samsung

For smartphone manufacturer statistics, global data is usually available from worldwide supply and sales. portal statcounter.com groups together truly diverse data and among them the rise and fall of individual producers only on the territory of Slovakia.

Want tips and tricks for Xiaomi smartphones? join to our FB group.

It is from this data that it follows that Xiaomi is the fastest growing producer in our territory in 2019 and also the fact that the South Korean Samsung he is still a leader. If you want to know how Xiaomi is doing earlier this year, but you are also curious about the competition, the following lines are for you.

He is still the leader of the ranking in Slovakia Samsung, which recorded market share at the beginning and end of the year over 28%. Huawei came in second, with an average market share of almost 26%. The third place was occupied by the American company Apple with a share of approximately 18,5%. The Chinese Xiaomi is in fourth place with a slightly larger gap, with a market share of just over 8%. 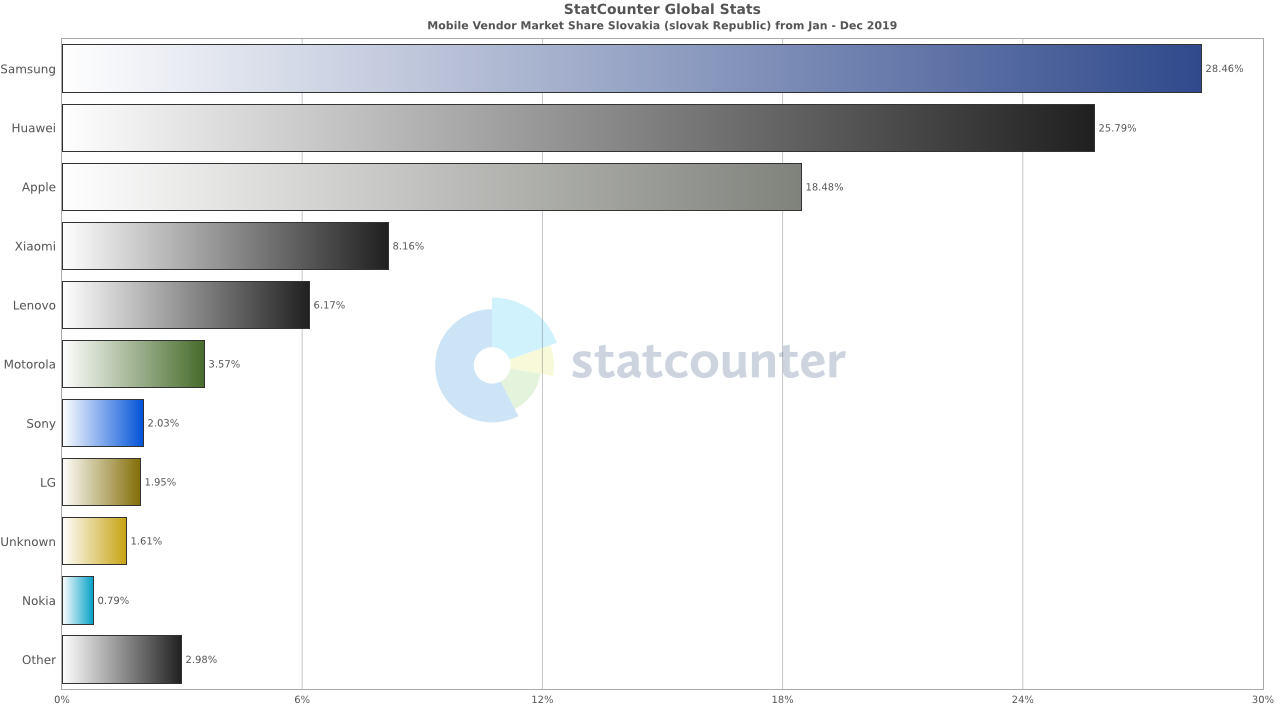 It has just become the fastest growing brand Xiaomi. At the beginning of the year, the manufacturer reached only 6,96% and at the end of the year to 10,34%. This means an increase not only from fifth to fourth place, but also the defeat of the Lenovo brand, with which the partitions were replaced. 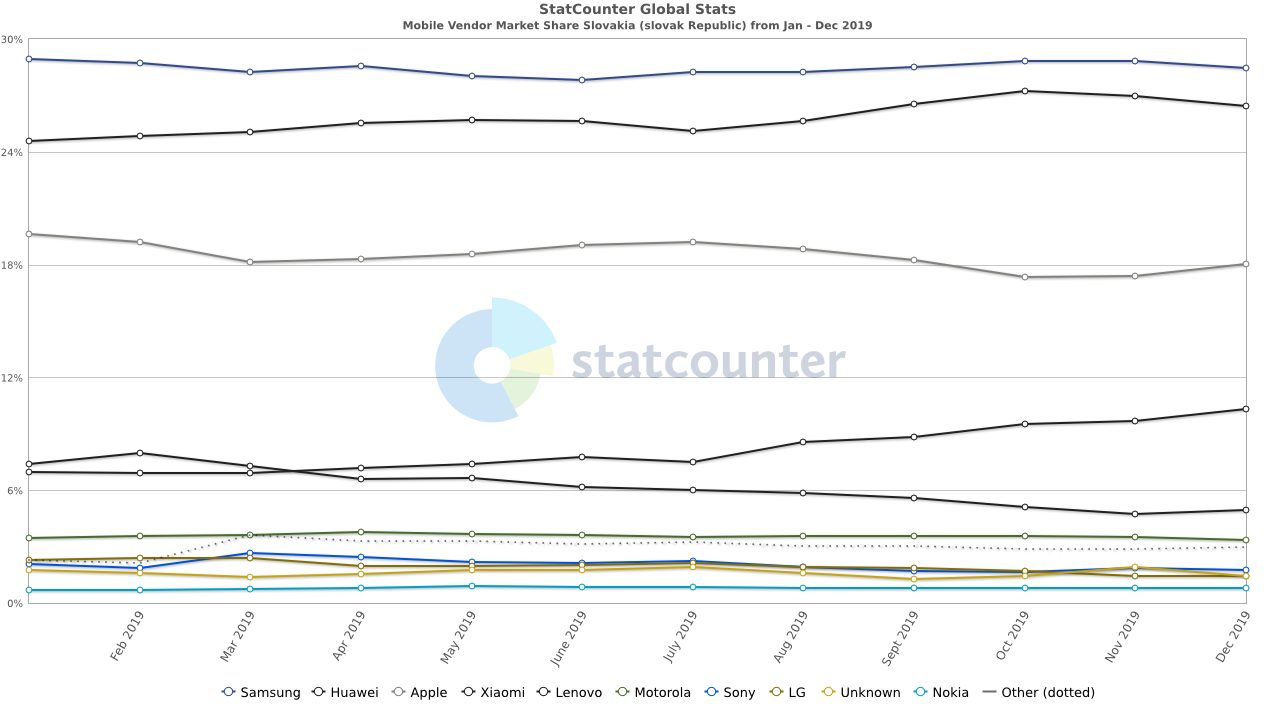 The global ranking in terms of global results is somewhat different. Smartphone sales are declining and the Chinese Xiaomi has even overtaken Huawei in third place in the number of deliveries of individual smartphones. Learn more about global statistics in the following link on our website.

The situation in Slovakia at the beginning of this year may have caused some fluctuations. So let's look at the statistics in the first months of this year. Even in this case, it has the first place Samsung and his more than 28 percent market share. 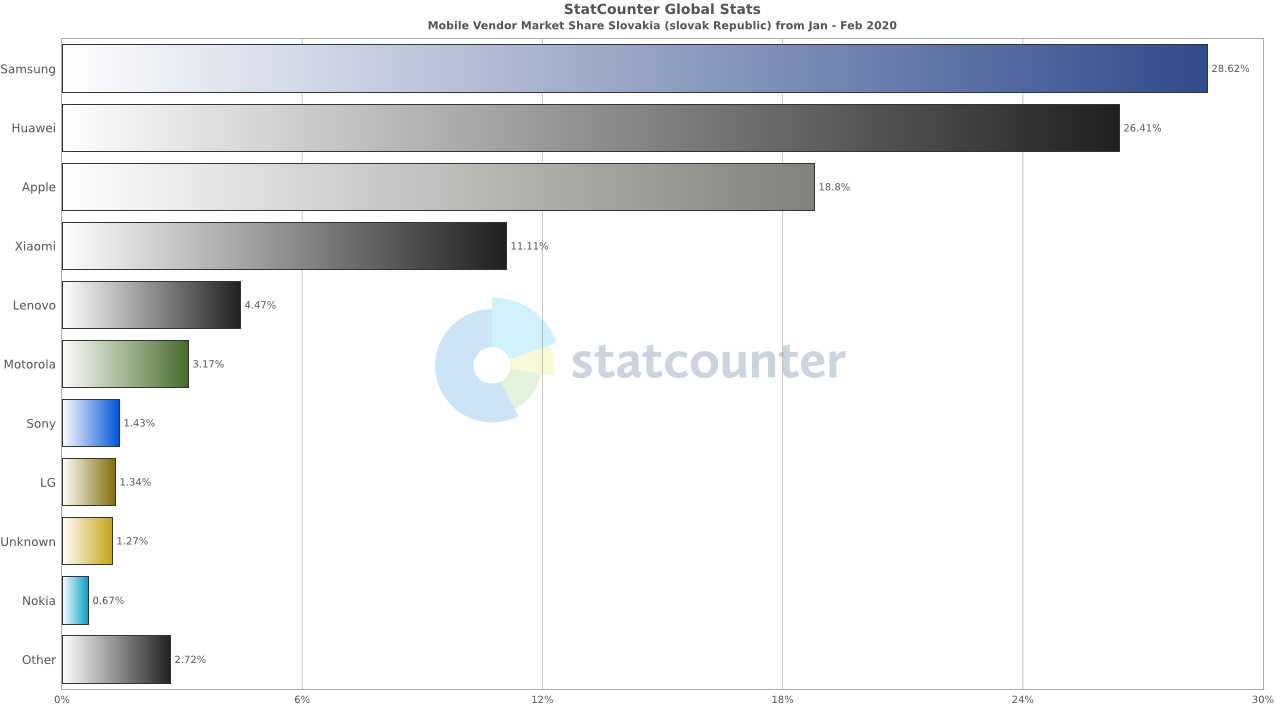 So far, Huawei has defended the second place and the changes are not noticeable even in the third and fourth place, they were occupied by the Apple and Xiaomi brands. Chinese Xiaomi even with more than 11 percent. Brands such as Lenovo, Motorola, Sony, LG and Nokia were also at a lower distance in the lower positions.

If you want more news about Xiaomi, subscribe to our newsletter

New crazy product from Xiaomi will help you with hair loss. You just hide it under the hat