Xiaomi has patented another folding smartphone. This is what it could look like - Xiaomi Planet

Xiaomi patented another folding smartphone. This is how he could look

There is no news that the company Xiaomi is preparing its version of the folding smartphone from the future. Now, however, the first images of the device, which can be bent twice, are coming to both sides, and with the addition of three rear cameras. We have already seen a similar device in leaks in the past.

He already has a patent

In March of this year, a Chinese manufacturer filed a patent for EUIPO (European Intellectual Property Office). In early August, the patent was published along with seven patent sketches showing the device from all sides. The smartphone could potentially reach European customers. 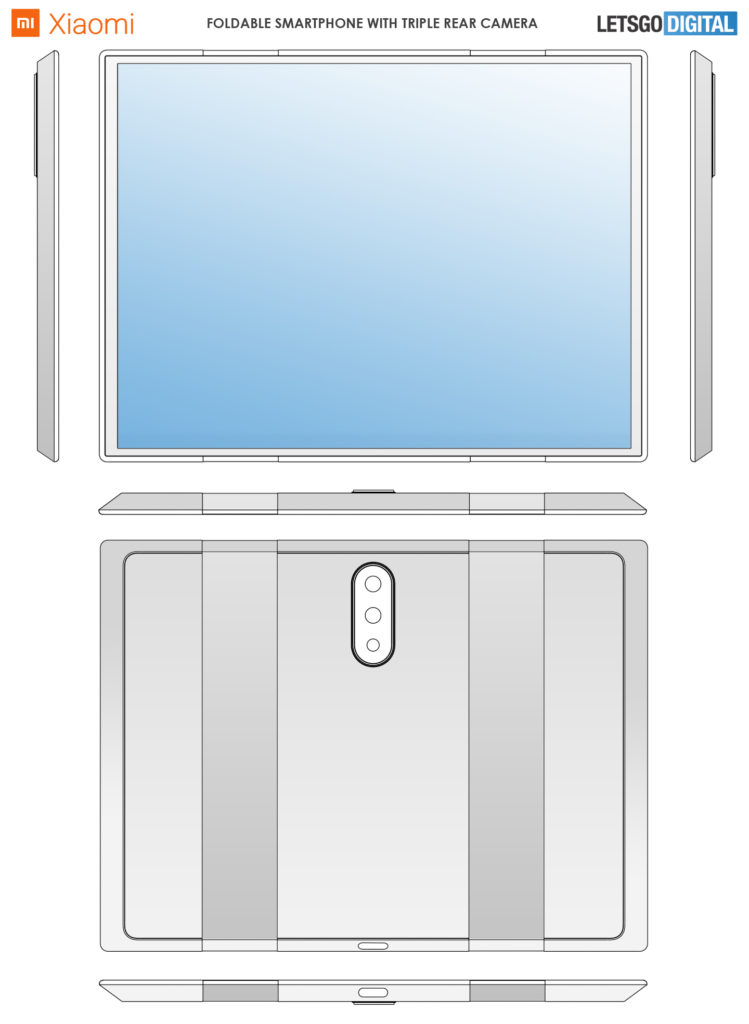 In addition, several portions were processed by the portal letsgodigital.com, which subsequently published them. The device displays from different angles and composition options, while the concept remains the same. Double display composition on both sides and one continuous tablet-style screen when laid out.

In the pictures, the folding smartphone is relatively coarse, which may indicate, for example, a proper battery capacity. In connection with this, the manufacturer could also implement its new 100W charging technology introduced at the beginning of the year.

What will be the equipment?

The device is still in the patent stage and so the equipment cannot be accurately determined. However, a powerful flagship processor and state-of-the-art equipment are expected to complement the MIX series of smartphones. After all, suggestions for a new device name include names like My Dual Flex or My MIX Flex.

The specifications of the three cameras are not known. However, their structural location is known. The sensors should be on the back of the device approximately in the middle. However, this means that when taking a photo, the smartphone must be fully unfolded, which does not sound very practical.

However, the three cameras could also include new 64 or 100 MPx sensors, which ones Xiaomi recently introduced together with the company Samsung. From the other equipment it looks like a USB-C connector, on the contrary, should be (now quite standard) 3,5 mm audio connector. The phone should even include 5G connectivity and this only indicates the degree of its focus towards the future.

The era of folding smartphones is slowly but surely coming. Samsung and Huawei could also say something about it. However, if Xiaomi does not overshadow the total amount of the device and offers a good price / performance ratio in a futuristic design, this Chinese manufacturer can definitely mix the folding smartphone market in the future. Pricing estimates are currently stopping somewhere around 1500 eur / 38 810 CZK.

With a 10 mAh Xiaomi starter battery, a discharged battery in your car will no longer surprise you. She got the TOP prize

The Xiaomi Mi 9T Pro with Snapdragon 855 is already available from a well-known dealer. Such are the prices