Xiaomi Mi 10 Pro sent into space to create 108 MPx photos of the Earth. The result is amazing - Xiaomi Planet

Xiaomi Mi 10 Pro was sent to space to create 108 MPx Earth images. The result is amazing

Xiaomi Mi 10 certainly does not need to be introduced for a long time. It is the latest flagship from Xiaomi of the Mi series. But what is so interesting about this smartphone? Its a 108 MPx camera from Samsung's workshop that also has optical stabilization that takes incredible photos.

Xiaomi has long amazed us in the progress of their cameras or smartphones themselves. Now they have repeated a similar experiment as last year Redmi Note 7 sent into space.

The Mi 10 contains a main 108 MPx camera, a wide-angle 20 MPx sensor, a short telephoto lens - 12 MPx and a long telephoto lens - 8 MPx. The main camera has several functions, but some of the most interesting are the 10x hybrid zoom and up to 50x digital zoom. This digital zoom allows you to shoot at huge distances without any loss of quality.

We launched a satellite equipped with #Mi10Pro's 108MP camera into the space!

Check out this video and see just how clear and beautiful our Mother Earth really is!

The Xiaomi Mi 10 really has one of the highest quality cameras in the world. This is evidenced by the DxOMark ranking, where the Mi 10 occupied the leading positions behind the camera, video and even audio. Therefore, Xiaomi decided to send Mi 10 into space to take photographs of the universe and even our Earth.

And now what you've all been waiting for. At the end of 2019, Xiaomi sent a Mi 10 into space to test his 108 MPx camera in practice over long distances. Xiaomi did a brave job with her task, they even made a video. The images are perfectly sharp, with no sign of pixelization. 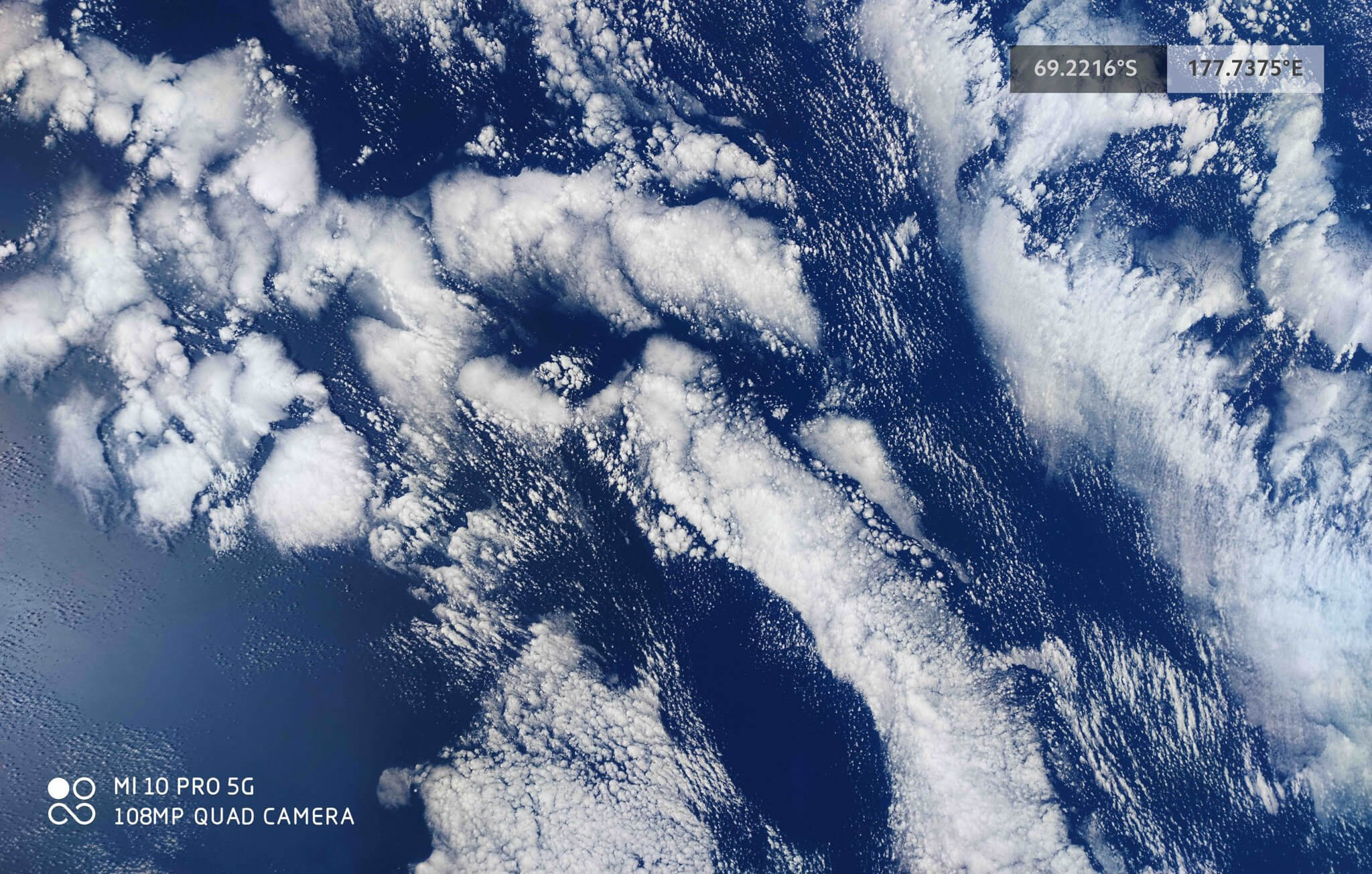 In the pictures we can see the impressive work of this smartphone and its 108 MPx camera, as it dealt with photographs of our Earth. Such a camera allows us to take photos at great distances, regardless of the size of the photographed area.

We also send Xiaomi attractions from the world by e-mail. Subscribe now. 👇

About Redmi K30 Pro is still quiet. When could a new flagship killer be introduced?

Video: Xiaomi Mi Note 10 in endurance test. It is one of the most durable Xiaomi smartphones ever