Probably no one doubts the photographic capabilities of the Huawei P40 Pro + smartphone. Although Google doesn't have services, photography is one of the absolute tops in the mobile world.

portal Gizmochina pitted this model against the most equipped Xiaomi, whose camera has a resolution of 48 megapixels and offers 120x zoom. Smartphones didn't do anything in the test. Which one takes better photos?

Mi 10 Ultra vs P40 Pro Plus: Comparison of camera parameters

The first photo created by the Xiaomi model looks much more natural. Huawei went for warmer colors and the photo is unnecessarily bright. With a lot of detail, there is nothing to blame for both smartphones, the photos are pretty sharp all over the surface.

In the second photo, Huawei showed its strengths in the area of ​​dynamic range, which is better here than on the Mi 10 Ultra. Again, both photos are high quality, sharp and with good colors. Huawei is a little more saturated, the sky looks better. The building, on the other hand, subjectively looks a little better in the photo by Xiaomi.

Huawei's first photo was completely burned. It is most visible in the lights. Xiaomi is better in this regard. Xiaomi also wins with a wider angle of view, while Huawei is a bit more detailed thanks to its higher resolution.

In the second photo, Huawei again chose lighter colors, which are also more contrasting. Here again, the advantage of Xiaomi is in the form of a wider angle of view. It is in such "urban" photographs that the difference is most visible. Apart from these differences, both photos are pretty sharp, Xiaomi's photo could be a little brighter.

Both devices offer up to two telephoto lenses. This is useful because we don't always want to shoot at 10x when using a telephoto lens. For example, if we zoomed in five times, the device would still use the main sensor and the zoom would be digital only.

This means a lower quality photo. Both manufacturers therefore offer another, basic telephoto lens with a smaller optical zoom.

The first photo clearly goes to Huawei. It contrasts with more natural colors. Xiaomi's photo is a bit faded. But what matters is the level of detail that Huawei has significantly higher.

The second photo shows a decent difference in capturing details in favor of Huawei. The object in the middle of the photo is significantly sharper and Huawei better captured its imperfections. Again, you may notice differences in how the two models handled colors and brightness.

The biggest difference in quality is visible in the third photo, which speaks even more strongly in favor of Huawei. The amount of detail is literally incredible. Xiaomi is doing very well, but after approaching, the winner is clear.

Both models offer a special night mode that can significantly enhance night photos. Huawei has long shown that it is very difficult to find a competitor in night photography. P40 Pro + is further proof of this.

Its algorithm focuses mainly on the natural improvement of details that the sensor could not capture sufficiently. Xiaomi goes a slightly different path. It brightens the photo overall, sometimes unnaturally. At first glance, such a photo looks very good, but naturalness is what needs to be observed.

Huawei will offer significantly more natural colors in the first photo. Xiaomi tends to turn pink and generally draws warmer colors. It doesn't look bad, but in a direct comparison, the Huawei photo is simply better. And the same goes for the amount of detail captured.

The second photo was taken by ulra-wide-angle sensors of both smartphones. Xiaomi has a significantly wider angle of view, while Huawei lacks colors. Xiaomi is not missing, but the reality is somewhere in between. We praise Huawei for a lot of details, but Xiaomi didn't let himself be ashamed either.

Evaluation: Which one takes better photos?

This assessment is purely subjective and is based on the photographs you have had the opportunity to see in this article. Huawei is better at zooming, offers sharper images and 10x optical zoom is a very strong point. 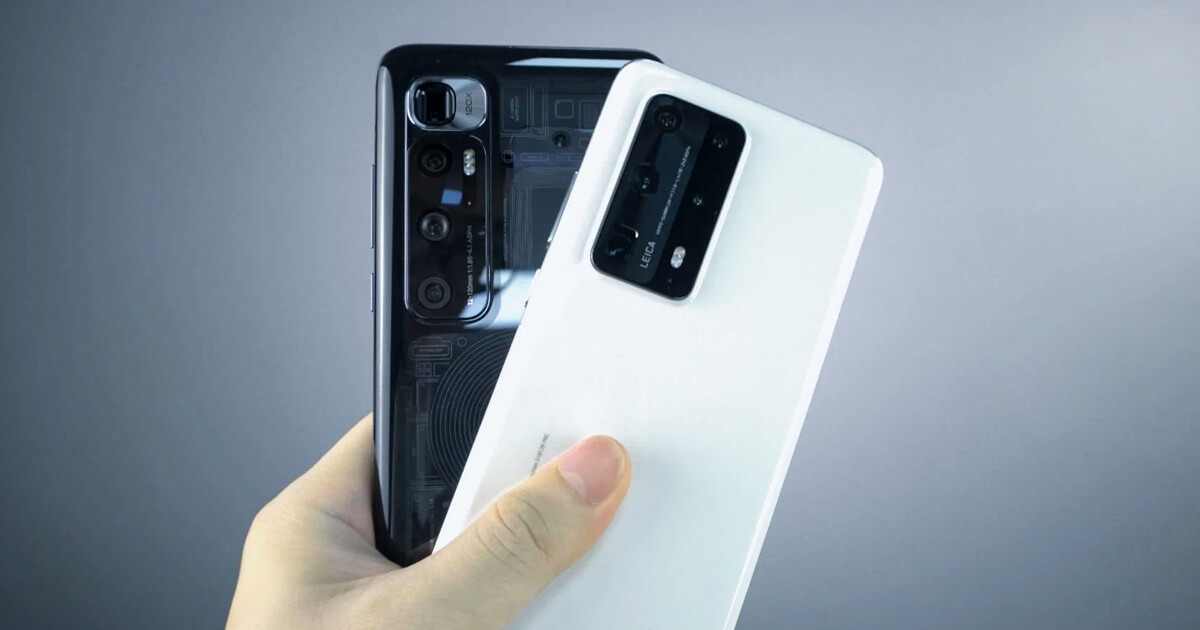 The Xiaomi ultra-wide angle sensor has a much wider angle of view. And that's exactly what it's about. Huawei will not save high definition in this regard. As for the main sensors, the results are very similar. Both models offer great dynamic range and a lot of detail. Night shots are better at Huawei.

Xiaomi brings a unique cleanser for asthmatics and allergy sufferers