The first information about the upcoming Xiaomi Mi 10T Lite: 5G and 108 MPx camera for a price under € 300

A few weeks ago, Xiaomi announced the arrival of a new member to the family of smartphones of the Mi 10 series, whose price should not exceed € 300.

We should also receive support 5G, which would make this phone one of the cheapest smartphones with support for the new 5G technology.

Xiaomi refers to this phone by its working name Gauguin. Most likely it's about Xiaomi Mi 10T Litewhich comes from smartphones Xiaomi Mi 10T a My 10T Pro. 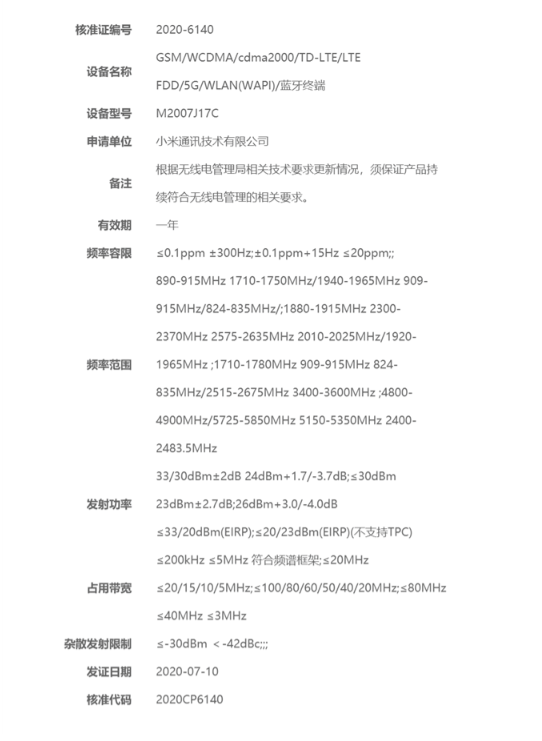 In addition to 5G network support and a really low price, this novelty should have a camera with a resolution of up to 108 MPx. This is indicated by information published in China.

Information about this novelty leaked from China, where Xiaomi had the device with the model designation certified M2007J17C. The published photo shows the mentioned support of 5G connectivity, so it is assumed that it is just Xiaomi Mi 10T Lite.

This new smartphone is expected to be introduced in China under a different name than in Europe. It can also be a new model, which would be sold under the brand Redmi.

But we still don't know any official information about the Chinese model Xiaomi CC10. Older model Xiaomi CC9 was sold in Europe under the name Xiaomi Mi 9 Lite, we will see what label Xiaomi chooses for this news.

Xiaomi through a social network Twitter announced the arrival of the news series My 10 more in September. They announced the information that it will be a smartphone with 5G support and a processor Snapdragon series 7 from Qualcomm. They published the price as 2XX €, which means that it will be the maximum 299€. 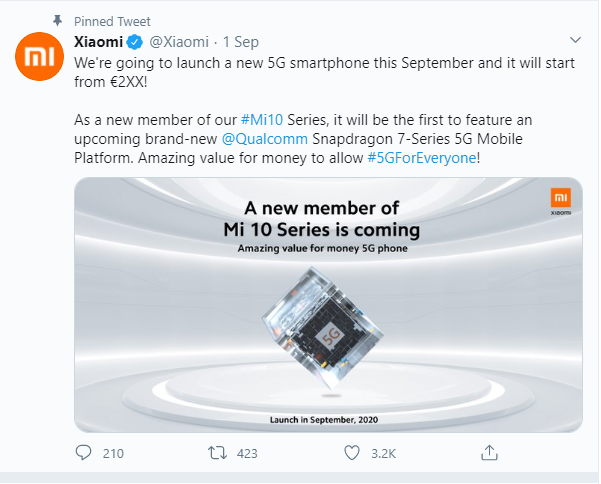 So it's all about the fact that this mysterious smartphone, which will be introduced later this month, will be expected Mi 10T Lite.

Xiaomi with the Yuwell brand brings a compact glucometer, which costs only 14 euros