Xiaomi Mi 8 Lite vs. Redmi Note 7: The two best Xiaomi smartphones up to € 200, but which one to choose? - Xiaomi Planet

Xiaomi Mi 8 Lite vs. Redmi Note 7: The two best Xiaomi smartphones up to € 200, but which one to choose?

We are flagships already compared, but now let's look at two phones that provide really a lot for little money. We decided to compare them and point out the differences. Then it will be easier for you to evaluate which of them will offer you more.

We have already revealed in the title that we will compare today Xiaomi Mi 8 Lite vs Redmi Note 7. Both are very popular, especially for their excellent price-performance ratio. Brands Xiaomi a Redmi they guarantee the use of quality materials, reliability, excellent equipment and eye-pleasing design, all at low price levels.

Traditionally, we will first look at the specifications in the table.

Xiaomi Mi 8 Lite a Redmi Note 7 are completely different mobile phones in terms of design. At first glance, the different arrangement of the rear cameras and the shape and size of the cutout in the display catch the eye. In a more detailed comparison, however, we no longer see so many differences and the phones have more in common than they seem.

Dimensions and weight are in favor of the Mi 8 Lite 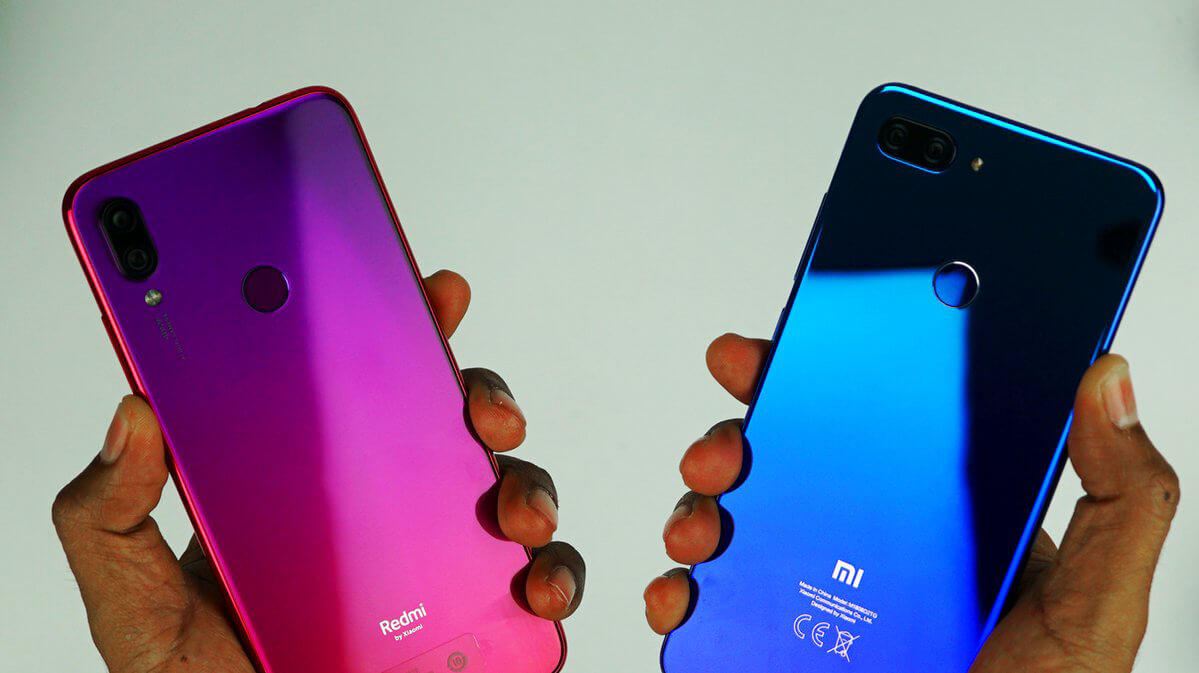 The weight also plays in favor of the "Lite 8s" and with a value of 169 g it is a whole 17 grams lighter than the brotherly opponent. Thanks to its lower weight and slightly smaller dimensions, the Mi 8 Lite wins in this section.

The displays are almost the same, except for one small - large detail

As for the display parameters of both phones, we will not find many differences there. The most significant detail is the size and shape of the cutout. Regardless of other parameters, which by the way also play in favor of the "Sevens", the display of the Redmi Note 7 is simply more beautiful, thanks to the smaller cutout.

Both phones are equipped with the same chipset Qualcomm Snapdragon 660 with graphics accelerator Adreno 512. We will not find any differences here and the score in the AnTuTu test was almost at the same level.

When you buy, you can choose from different memory versions of both phones, up to 6 GB of RAM (Mi 8 Lite only) and 128 GB of storage. There is a difference in RAM. The Mi 8 Lite is also available with 6 GB of RAM, where the maximum for Redmi Note 7 is 4 GB capacity operating memory.

Both Xiaomi and Redmi have a hybrid SIM card slot in which you can place a memory card up to 256 GB. If we are to evaluate the performance, we will only write that it is above average in this price category, and you do not have to worry about performance when deciding between these phones. Is the same.

Cameras are also a different parameter

As already mentioned here, at first glance you will notice the different arrangement of the cameras. However, this does not affect their functionality. Both phones have two rear and one front camera. 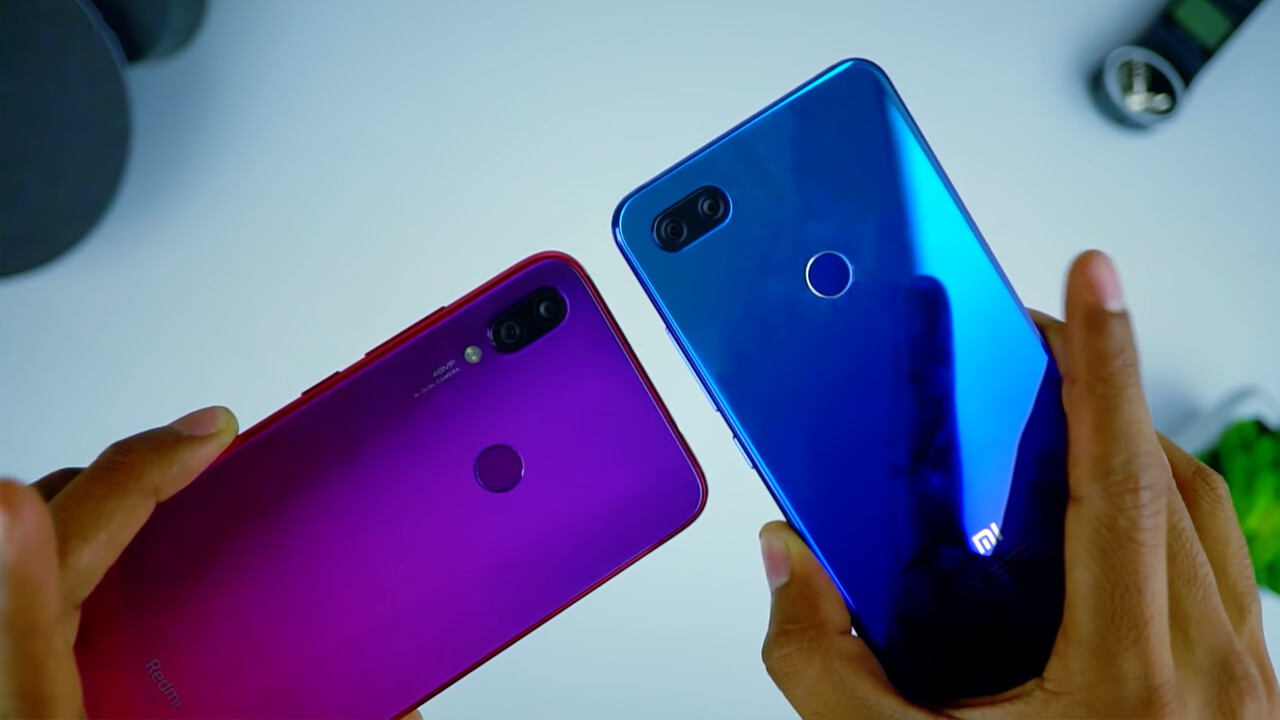 A more significant indicator may be that The Mi 8 Lite handles video recording in 4K resolution and a frequency of 30 fps. Note 7 does not offer 4K video shooting, but only in the basic camera application. After installing the customized Google Camera, the option to shoot 4K video will appear.

Redmi Note 7 has a half-frame rate at 120 fps when slowing down. However, these parameters may be modified in the future by updating the software.

We will not pay attention to secondary cameras, as there is only a slight difference in aperture. However, the big difference that moves the Mi 8 Lite ahead of Note 7 is ahead. Here it clearly has the top 24 MPx Sony IMX576 Exmor RS in Mi 8 Lite, compared to 13 MPx OV13855 in Redmi Note 7. If you prefer to take pictures of yourself than what is in front of you, then you have a decision.

In order not to be too subjective, we found a short comparison video from you comparing the cameras of both phones.

For some, details can decide

A few essential details that can decide in favor of one of the phones. We will write that Redmi Note 7 has them, while Xiaomi Mi 8 Lite does not have them. These are 3,5 mm jack, Infraport and FM Radio.

A significant indicator that many users take into account is the capacity or endurance of the battery. He wins clearly in this category Notes 7 capacity 4000 mAh. U Mi 8 Lite is the battery capacity level only 3350 mAh.

Apparently it is at the expense of a slimmer body or lower weight. It is gratifying that both smartphones support fast charging at 18 W.

The last information that decides

All the parameters we have described so far can be placed on one side of the imaginary scales. We are placing a price tag on the other one. As you know, you will always find the best prices at Xiaomi Planet and currently look like this: 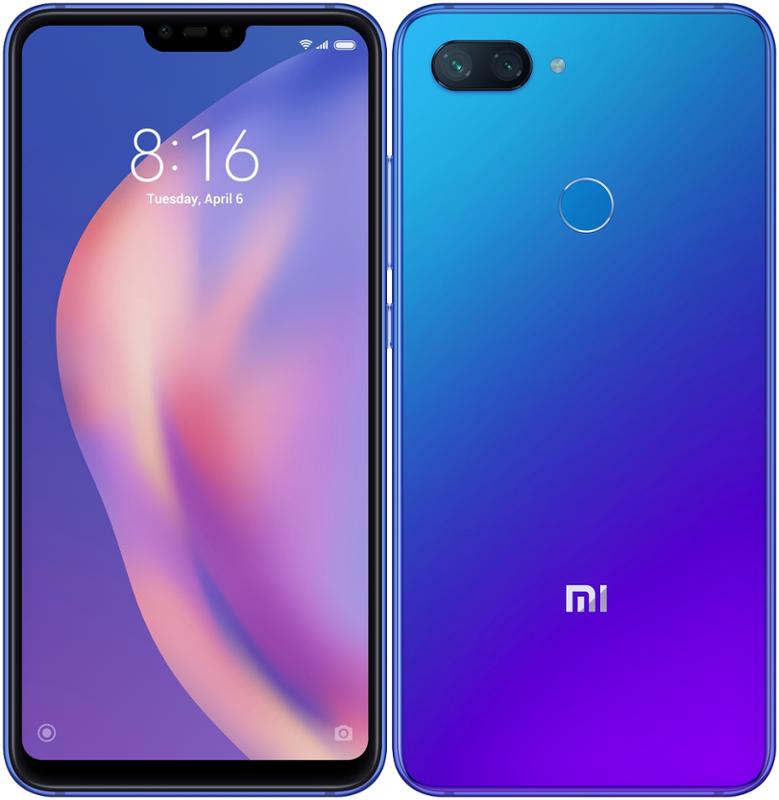 In this duel, the winner is clear

Most parameters speak in favor of the Redmi Note 7. Whether it's richer equipment, battery capacity or a smaller and more aesthetic cutout in the display. It is true that the Xiaomi Mi 8 Lite is thinner and lighter, but these values ​​are only negligible with respect to other parameters. Moreover, almost the same price only amplifies our opinion.

So what model would you choose after this comparison? You can express yourself in our survey below.

We also send our detailed comparisons of Xiaomi smartphones by e-mail. 👇

The most unconventional Xiaomi gadget: Mug with wireless charger and special coupon

Xiaomi Mijia the oven is another novelty from Xiaomi. It has great features and is incredibly cheap