Xiaomi Mi 9 Pro 5G is the cheapest 5G smartphone on the market. It brings the best hardware for 2019 - Xiaomi Planet

Today in Xiaomi they have once again shown that progress and development are not foreign to them. Just a moment ago, at a press conference in China, they presented their next novelty out of four - a smartphone Xiaomi Mi 9 Pro 5G.

The "Pro" suffix predetermines that the new smartphone will be equipped with the best hardware we know in the mobile world today. The new smartphone did not owe its name to anything. Let's imagine him.

5G support and up to 7 antennas

Perhaps the most significant innovation in the Mi 9 Pro is the support of 5G networks. Although such a smartphone does not make sense at all in Slovakia and the Czech Republic, 5G networks are developing incredibly fast in China and coverage is growing. Xiaomi must not lag behind his competition. 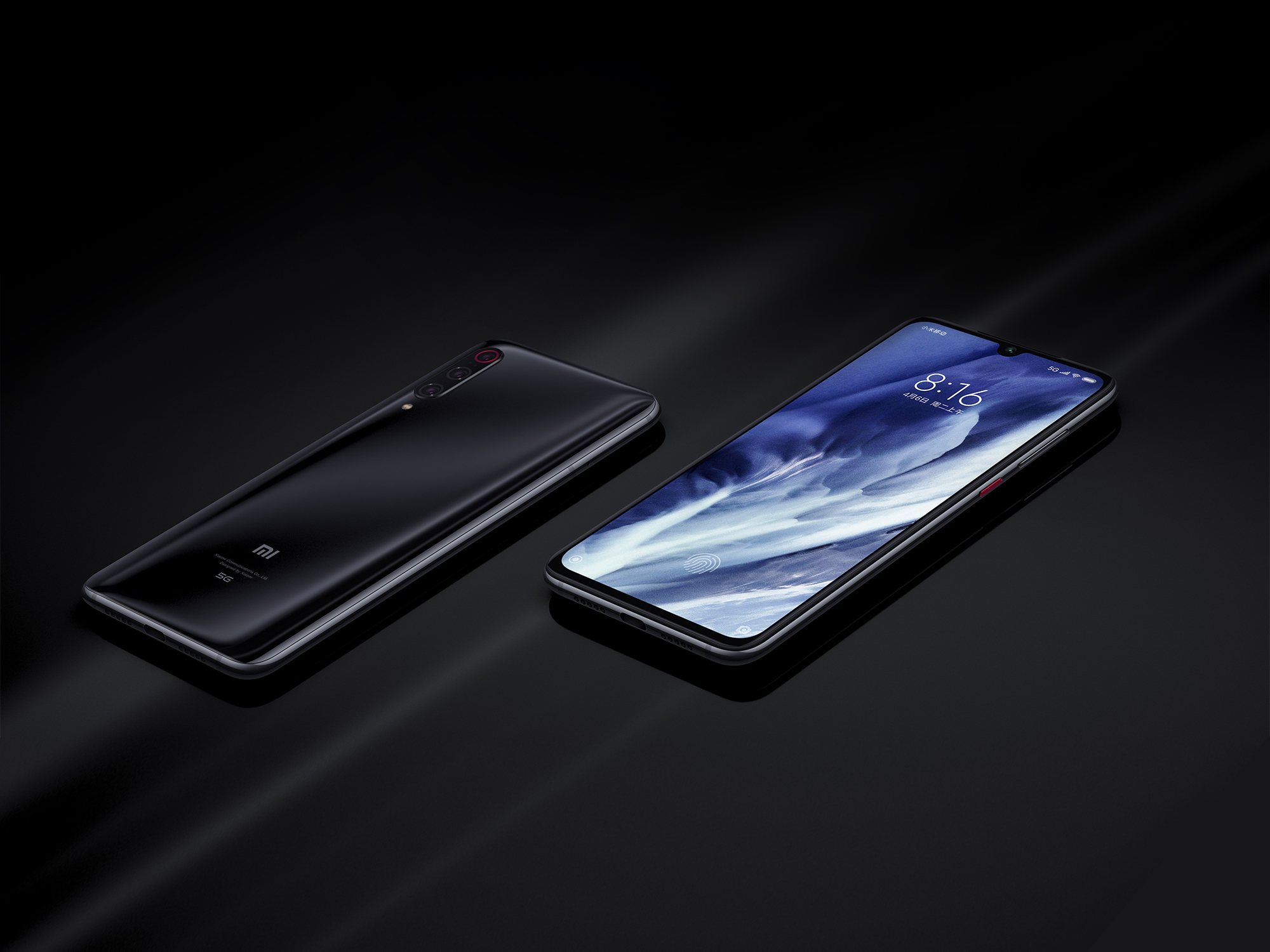 The just introduced smartphone contains up to 7 antennas for 5G signal reception. It supports 5G networks in three bands (n41, n78, n79), while the manufacturer measured the maximum download speed up to 2,02 Gbit / s. In reality, it means downloading 1,89 GB of great game in an incredible 15 seconds!

The biggest improvements are under the "hood"

The heart of the new smartphone is the most powerful processor today - Qualcomm Snapdragon 855 Plus. It has eight cores with maximum power up to 2.96 GHz and graphics chip Adreno 640. 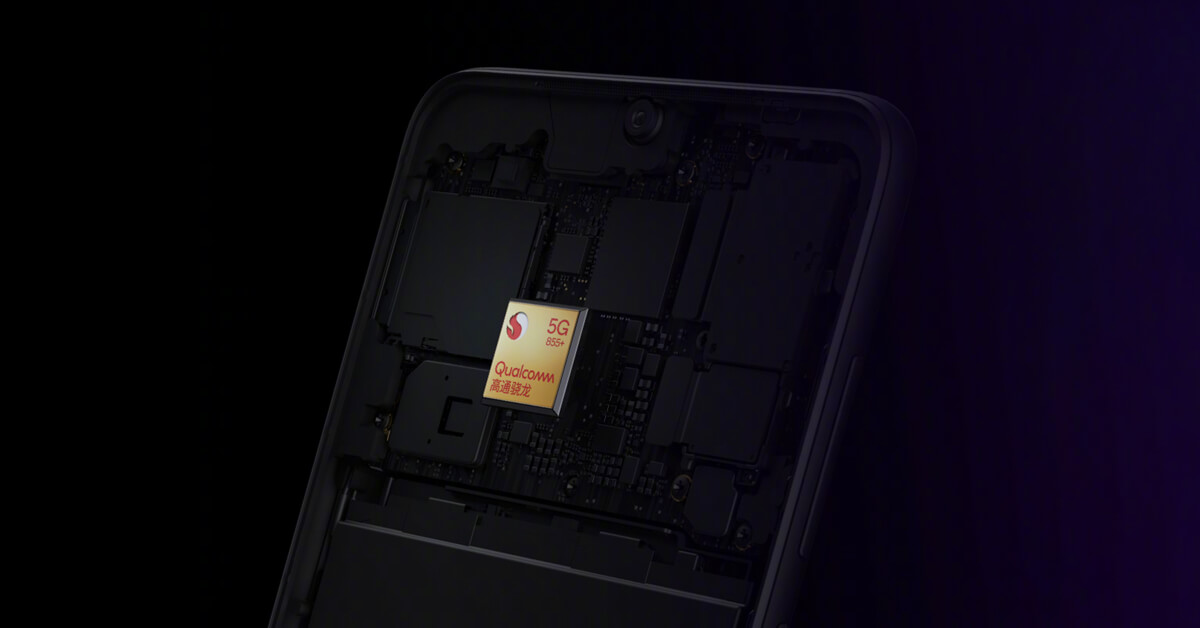 Two memory versions were introduced, s 8 GB of RAM and 256 GB storage as well as the version with 12 GB of RAM and up to 512 GB of storage. For lovers of AnTuTu Benchmark, Xiaomi also boasted a result that makes them decent 480 830 points. So the performance of the smartphone is really massive.

Such powerful hardware also needs intensive cooling. Innovative technology fluid cooling (VC Liquid Cooling) was developed for this model and its goal is to reduce the processor temperature at high power to by 10,2 degrees. The three-stage overheat protection includes a 5-fold layer of graphite material, a copper coil and a thermal gel.

Of the other improvements, this is new haptic motor for intense vibrations with a response of only 10 ms. It should get closer to mechanical keyboards and offer a professional 4D gaming experience for mobile gaming.

The battery charges in just 48 minutes

Another big improvement of the Xiaomi Mi 9 Pro model is charging. The phone has support for fast cable charging in power up to 40 W. his 4000 mAh the battery is thus from 0 to 100% charged in an incredible 48 minutes.

It will be necessary to use this fast charge 45 W charging adapter, which Xiaomi also presented. The advantage is that you can also charge a laptop with this adapter, for example, so you will only need one adapter for several devices. 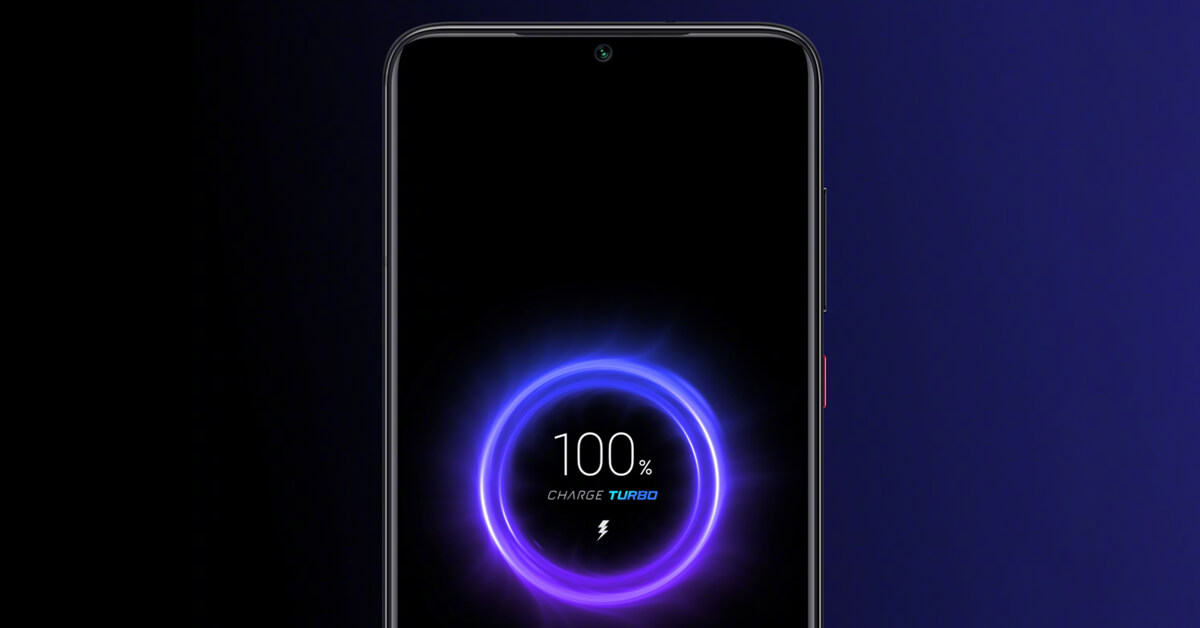 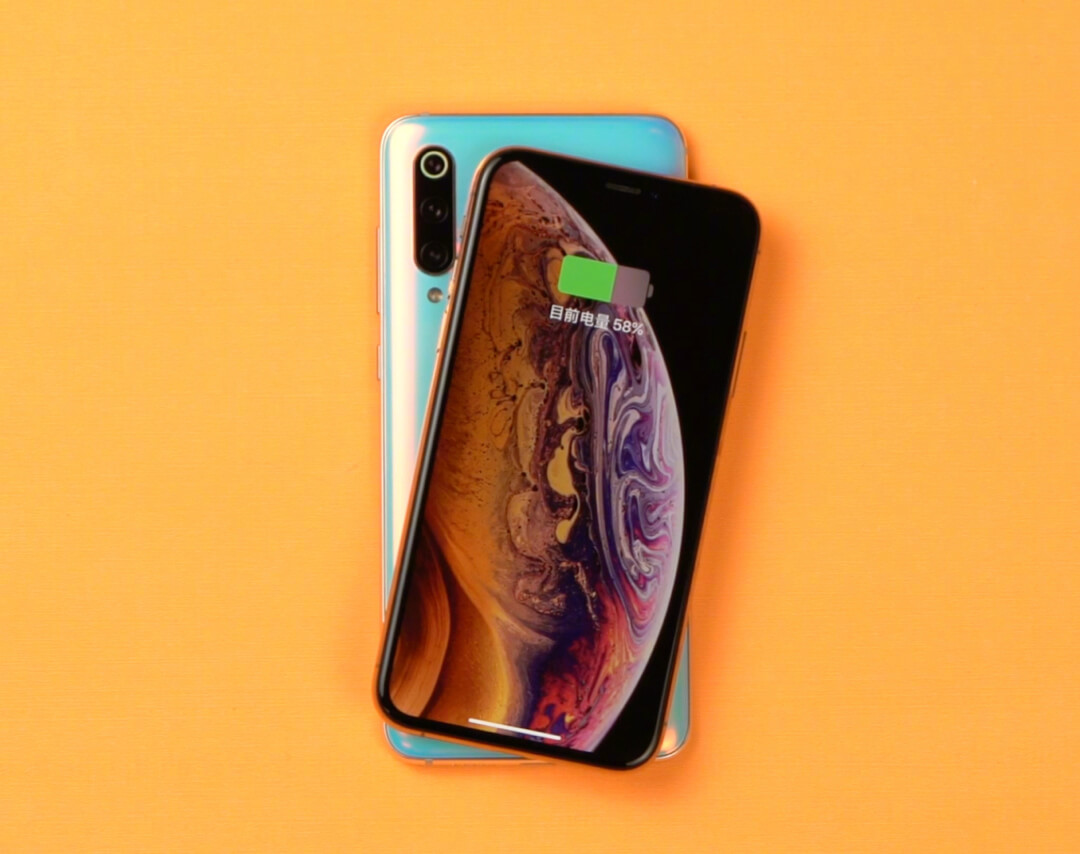 The Xiaomi Mi 9 Pro is also the brand's first phone to support so-called reverse charging. It has performance 10 W and you can charge it with various other devices, such as smartphones, smart watches, headphones, toothbrushes and more.

The manufacturer introduced charging 30 W stand with air cooling and a price of 199 yuan, which is calculated 25 € / 670 CZK. Also new is the manufacturer's most powerful power bank - a new version of the Xiaomi Mi Power Bank 3 with an output of up to 50 W!

The design hasn't changed much

Xiaomi Mi 9 Pro 5G has thickness 8,54 mm and weight 196 g. It brings a classic design similar to the Mi 9. It will be delivered in three color versions, also in the new pearl white. The back panel is made of glass and has a 2,5D curve on all sides, which makes the body of the phone slimmer. 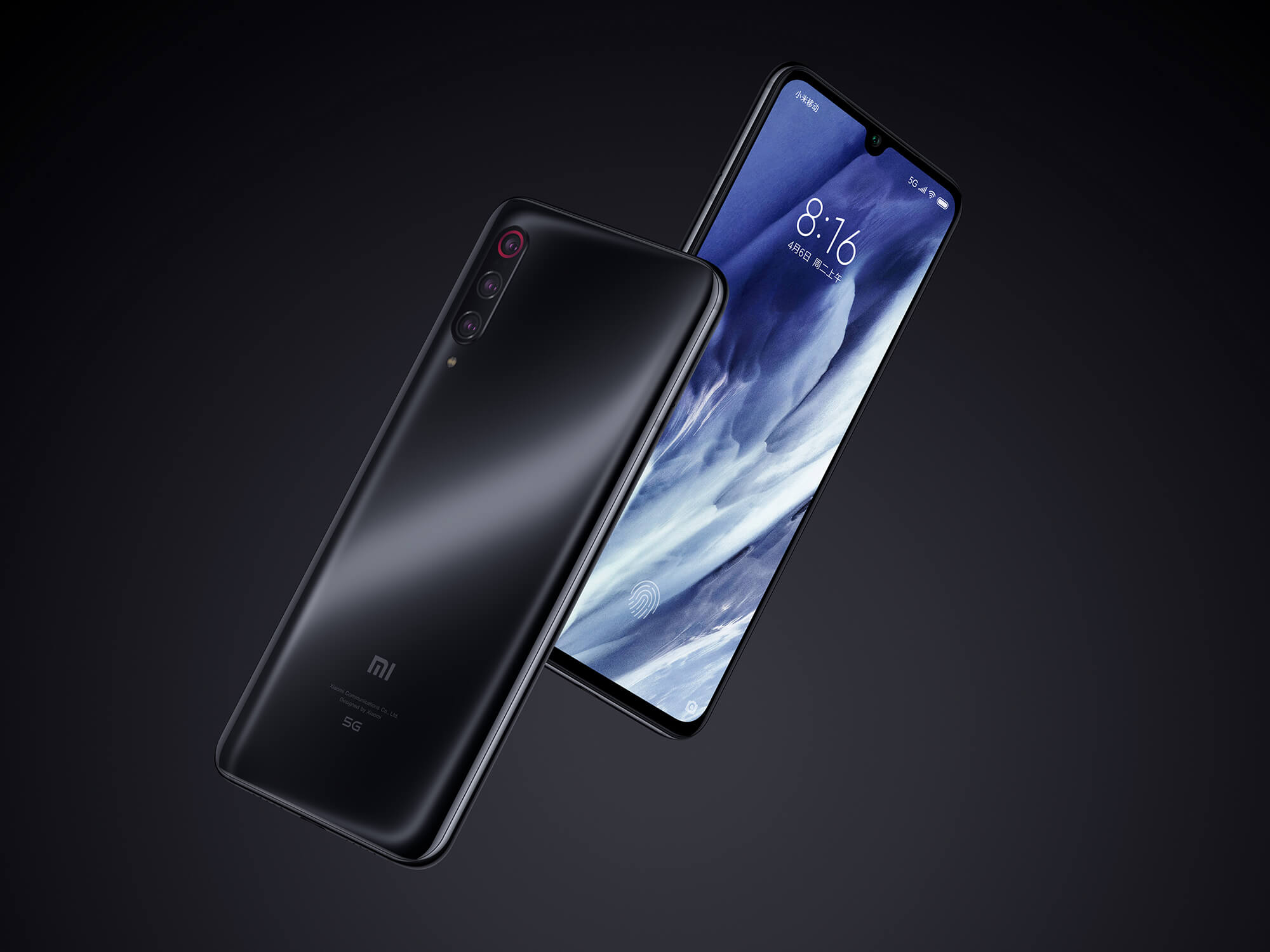 The front part consists of display with a diagonal of 6,39 thumb and cutout on the front camera. It's classic Super AMOLED panel with resolution 1080 x 2340 pixels, a maximum brightness of 600 rivets, a contrast ratio of 60000: 1 and a coverage of 90,7% of the front. It does not lack integrated fingerprint sensor in the display.

The cameras are the same 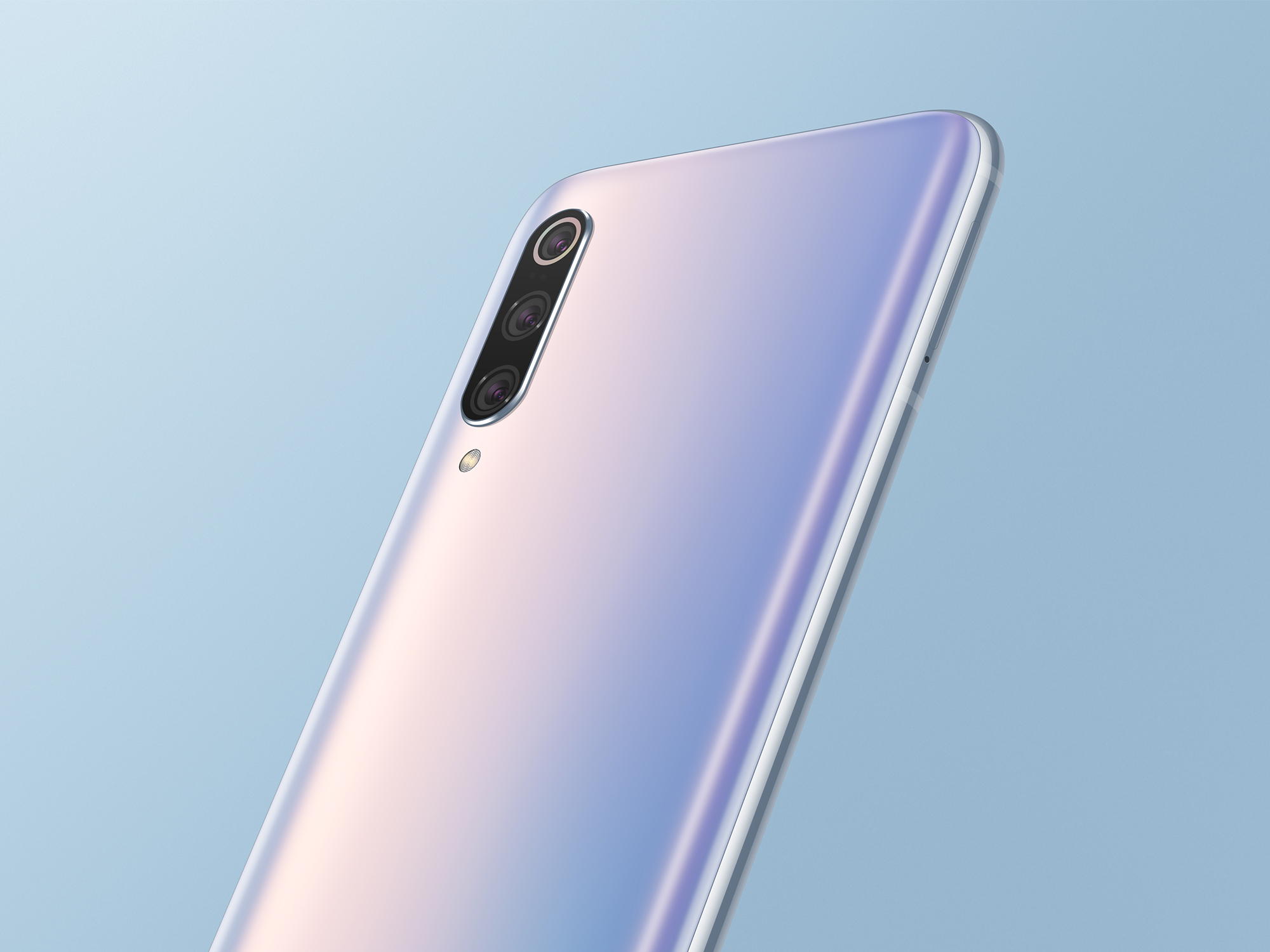 There is no lack of NFC and quality sound

The Xiaomi Mi 9 Pro 5G has everything you need in a premium smartphone today. Whether we are talking about Bluetooth 5.0 with LHDC Bluetooth HD codec support for high-quality wireless audio transmission. Among other things, Lei Jun introduced a new generation of wireless headphones on stage My True Wireless 2which we will introduce in the next article.

The smartphone also got a new linear speaker with a large sound cavity of 1.04CC. There is also a popular module NFC. What freezes a bit is the absence of the still required 3,5 mm jack connector.

As is customary at Xiaomi press conferences in China, not a word was said about the global version of the smartphone. Well, we'll have to wait for this information. We know at least the official Chinese prices, which are higher than we are used to due to the prices of Xiaomi smartphones.

However, it is a smartphone with the most expensive hardware for 2019, so higher prices are justified. On a global scale, the Mi 9 Pro is becoming the cheapest 5G smartphone on the market. These are the prices for the people of China:

Xiaomi Mi MIX Alpha is a revolution. Display around the entire smartphone and 108 MPx camera!