The equipment and price are almost the same and yet significantly different. Which one to choose? The popular topic of device comparison has another sequel. This time we focused on affordable upper middle class phones: Xiaomi Mi 9T vs Xiaomi Mi 9 SE.

Xiaomi Mi 9T a Xiaomi Mi 9 SE they have a lot in common. Both models are Mi "nines" and both belong to the upper middle class. We don't find many differences, but the few differences are too fundamental. Let's look at the table of specifications. 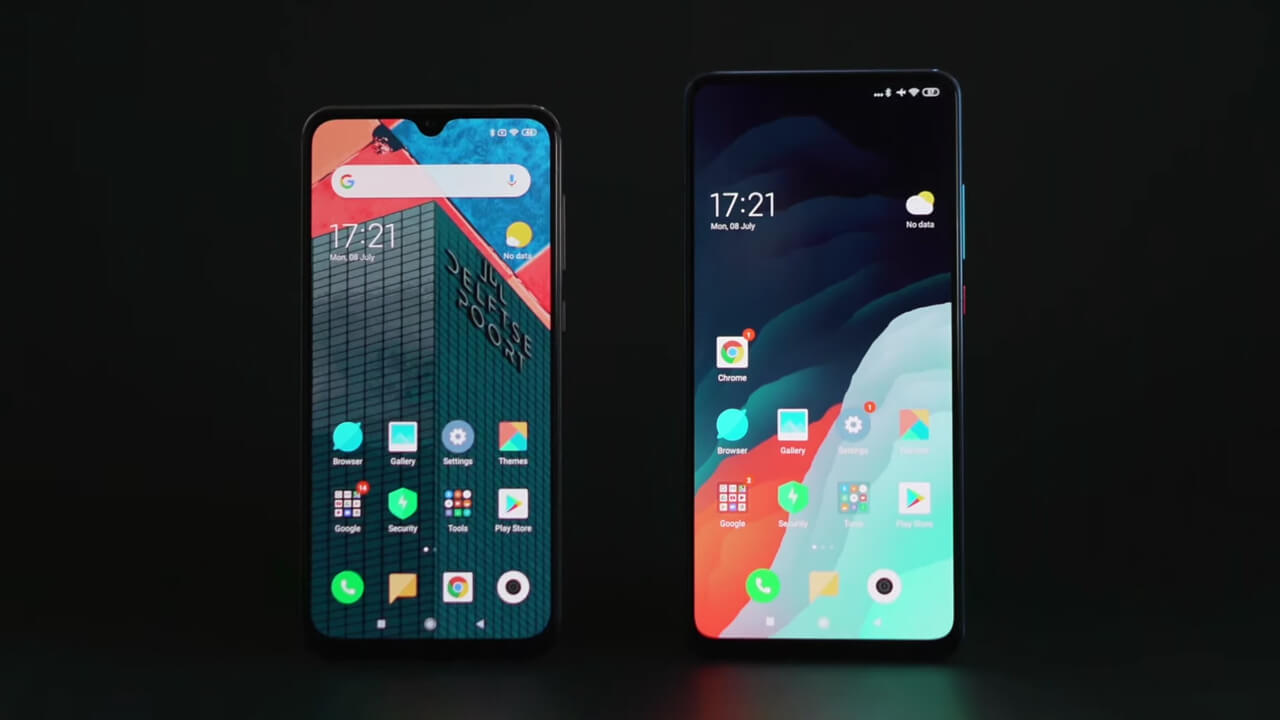 On the other hand, the Xiaomi Mi 9 SE is a pleasant compact. Weighing only 155 g and measuring 147.5 x 70.5 x 7.5 mm, it has a clear top. The almost 40 gram difference in weight is really felt. The slimmer body fits better in the hand and slips into the pocket.

The Mi 9T saves its appearance with an innovative holographic cover, which is definitely more stylish than the conservative Mi 9 SE. However, in terms of weight and dimensions, we must highlight the SE version, This is also because there are few compact phones with proper equipment. 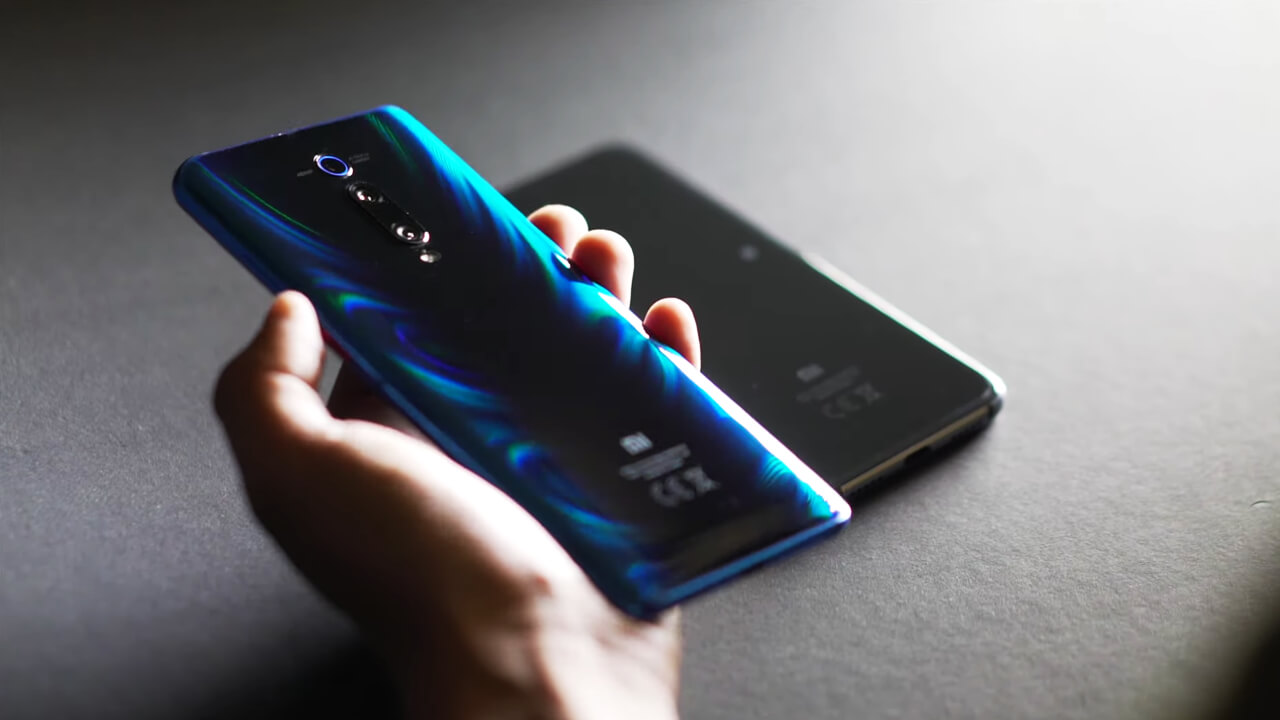 In a small body, a smaller display

Predictable difference in dimensions. A larger display simply fits a larger display. Both phones have AMOLED displays. However, the SE is almost 0,4 inches smaller. The resolution is the same, so with a density of 432 pixels per inch, the SE's display can look softer. It is still a negligible indicator compared to the fact that the cutout from the Mi 9T has been lost.

The unconventional way of incorporating the front camera allowed the 9T to use a beautiful full display without annoying and unobtrusive cutouts. Another advantage of the 9T is the use of the latest fingerprint sensor technology directly below the display.

The seventh generation sensor should be much faster and more accurate. Compared to displays, the Mi 9T clearly wins.

There is also a difference in performance

Although there may not seem to be a big difference in the performance of the equipment due to the equipment, the opposite is true. Although both phones have a Snapdragon 700 series processor, there are still differences between them. 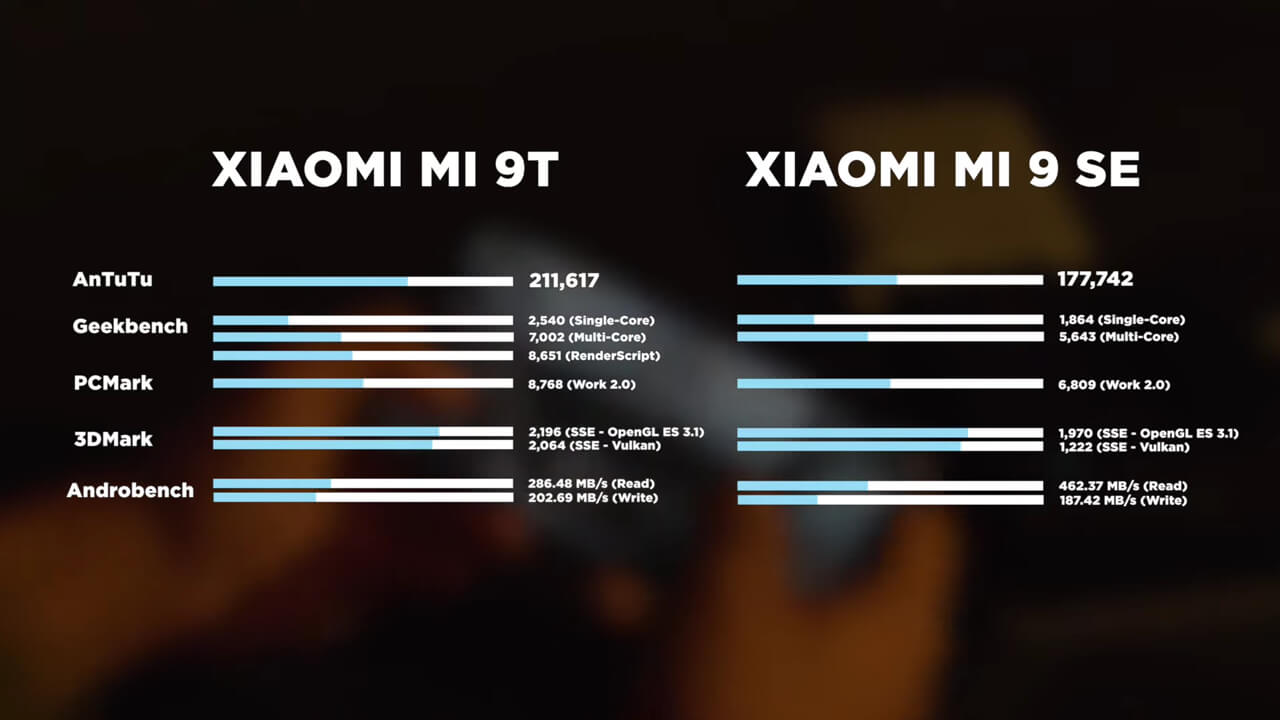 We will not describe a lengthy comparison of all parameters for individual processors. With a commonly used phone, the difference is not noticeable. If you are a player, clearly reach for "seven hundred and thirty".

On the one hand, this processor has a gentler operation, which will extend the endurance per charge and better performance. This is also confirmed by the results of AnTuTu tests. In them, the Mi 9T achieved a performance of up to 218 points, while the smaller opponent reached 000 points. Special performance modes also have a significant effect on this Mi Turbo and Game Turbo 2.0, which is available to the Mi 9T.

The Mi 9T has a significantly better video

Both phones compared have three sensors on the back. Primary Sony with resolution 48 MPx. The 9T is a Sony IMX582 Exmor RS. The Mi 9 SE has a Sony IMX586 Exmor RS. 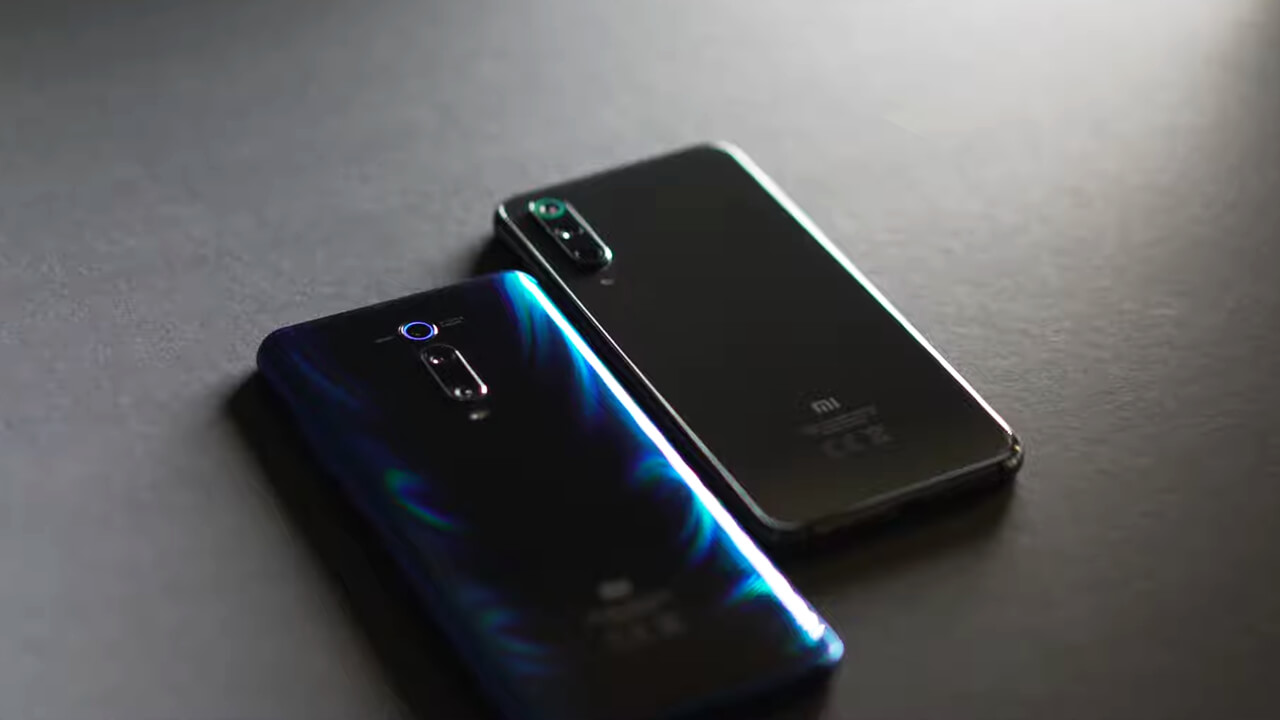 There are slight differences in the sensors of the front cameras. However, what sets them apart is their location. We have already described this in comparison of displays. Xiaomi Mi 9T has no cutout in the display due to the location of the front camera in the slide-out module. She deserves a big plus for that.

What the Mi 9T also wins is video stabilization. It uses almost the same video stabilization software technology as the flagship model of the Xiaomi Mi 9. By the way, it won the title of the best smartphone in video quality for 2019 from the well-known renowned DxOmark test.

You can watch a test of the video recorded with Mi 9T here:

He has another big plus with us Mi 9T for 3,5 mm connector for audio jack and the ability to listen to FM radio will also please. Both of these features are missing in the SE version. However, the smaller of the opponents also has an infrared port.

In addition, energy is not harmful. 4000 mAh battery v Mi 9T significantly extends endurance per charge. In this respect, the Mi 9 SE has nothing to praise. 3070 mAh is barely enough for one day. Due to the support of fast charging in the power of 18 W, it is possible to survive even with this capacity.

In the endurance category, however, we have to pick up the left hand with the Mi 9T phone and recognize it as the winner.

We are afraid that in this case your decision will confuse the price even more. Xiaomi Mi 9T with 6GB RAM and 64GB You can currently buy storage through our website for 257 € / 6885 CZK. price tag Xiaomi Mi 9 SE in the same memory version is currently at level 231 € / 6168 CZK.

Before making the conclusion, watch the great comparative video from the YugaTech workshop.

From our point of view, the clear winner of today's comparison is the Xiaomi Mi 9T. This is mainly due to its larger display without cutouts, retractable front camera, optimized performance, better video quality and a larger capacity battery. The stylish holographic design of the back cover also adds to the attractiveness.

These advantages are worth the investment of approximately 26 € / 717 CZK more. If we were to highlight any positive Xiaomi Mi 9 SE, it would clearly be the weight and dimensions.

You already know the main differences, but what is more important for you you have to consider yourself. Share your opinion in the survey and discuss which of the phones would choose you and why.

We know the performance date for Xiaomi Mi A3! The first to be officially seen by the Poles

Xiaomi opens a new R&D center in Finland. It will focus on cameras