Another addition to the middle class of cell phones may have thrown away your thoughts. If you were just about to buy a smartphone from this category, it could seriously influence your decision. We come across a recently introduced Xiaomi Mi A3.

Is it worth investing in the new Android One from Xiaomi?

This successor to the relatively successful Xiaomi Mi A series brought conflicting feelings. On the one hand, the number of fans of pure Android is growing and a new model was expected. On the other hand, the new Android One did not blow big wind in the mobile market.

Let's compare it with the current king of the middle class - Redmi Note 7, which has been on the market for some time. Although both smartphones come from the Xiaomi concern, they are still competitors. 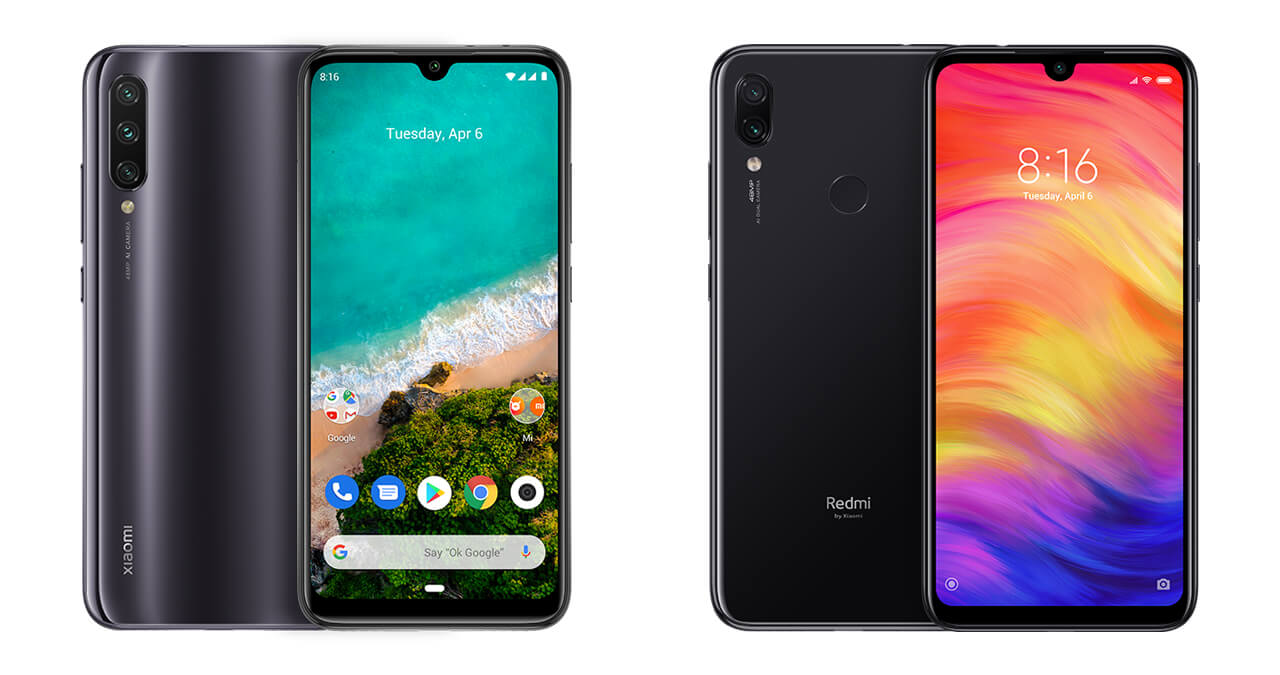 What do they have in common

Let's start this comparison a little differently. First, let's summarize what both smartphones have in common. Both global versions do not lack support for ours LTE networks in bands B20. Other connectivity is similar. It's both Bluetooth 5.0, infrared port and support WiFi networks in all available standards. 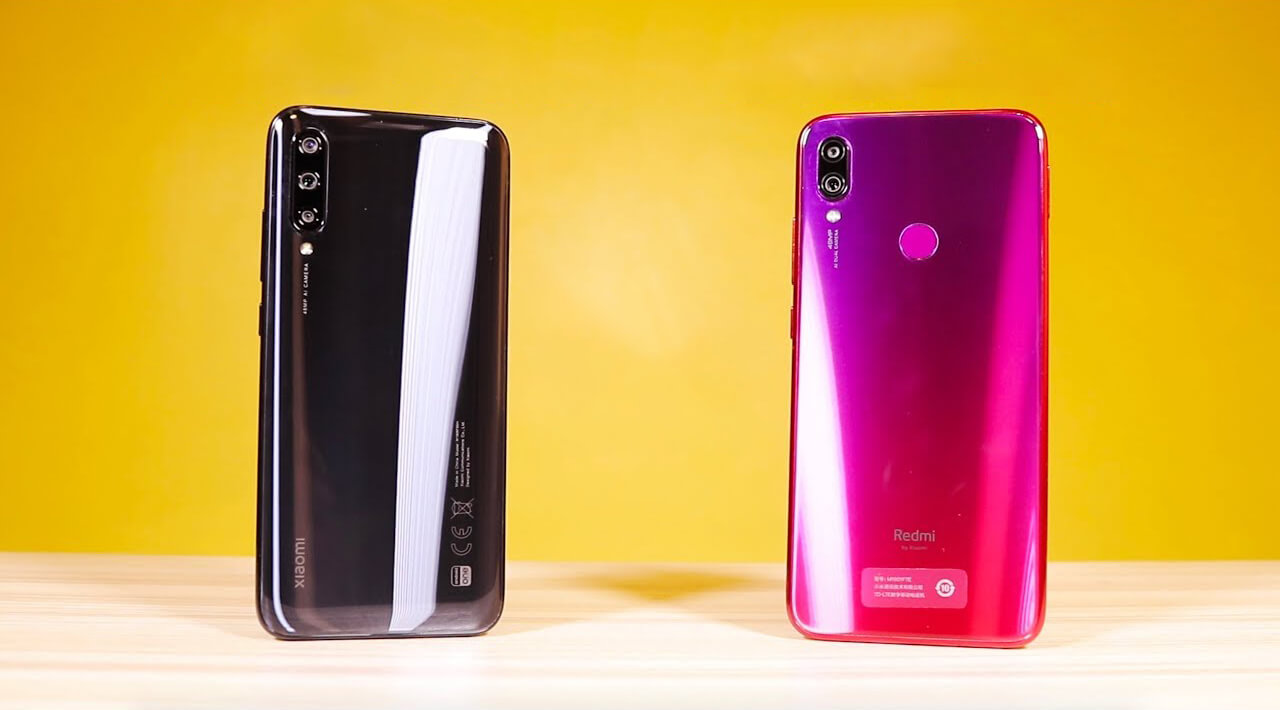 Both A3 and Note 7 support have navigation modules GPS, Glonass and Beidou. Phones support playback FM radios and also have a popular connector for 3,5 mm jack. We will also find both USB 2.0 type C, but we would look in vain for an NFC module.

At first glance, it is clear that dimensions and weight they do not connect them. Xiaomi Mi A3 is a bit smaller, narrower, but slightly coarser to astonishment. It is almost 12 g lighter, which is a plus for us.

In both phones, glass is the basic component of the material. However, the Redmi Note 7 has a plastic frame. The A3 looks like an aluminum frame per unit. Both the display and the back panel protect the same Gorilla Glass 5 standard.

AMOLED is better or not?

Speaking of which display, we will find more of those differences. I guess we can't even compare live AMOLED with IPS LCD technology. There is no doubt about the advantages of AMOLED, but what surprised many is its resolution of 1560 x 720 pixels. Of this, the divided pixel density per inch is 286 ppi, which is a number worthy of low-end phones. 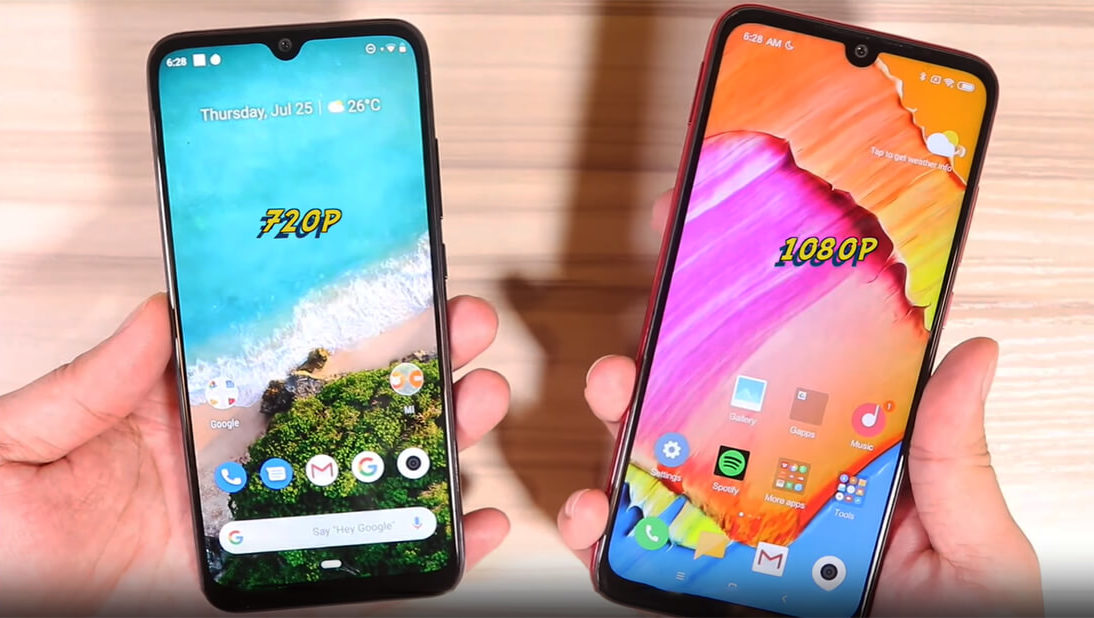 But the reality is that HD resolution may be sufficient and it is not a tragedy. However, we rate it as a minus that should be felt in the store price. However, this is not yet manifested, but about prices a little later.

Next to the display, we will mention that in the last period, Xiaomi omits the notification LED for phones with the AMOLED panel. Apparently it relies on the ambient display function. IPS LCDs do not have this function and this is probably why the Redmi Note 7 has a notification LED.

They do not exacerbate but do not disappoint

Performance is almost at the same level for both smartphones. This is also indicated by the tight scores in the AnTuT tests. The chipsets used have small differences, but it seems that both the pure Android and the MIUI superstructure do not significantly detract from the performance.

If we look at image recording parameters, the winner is unequivocal. In this category, he wins with an overview of Xiaomi Mi A3. This phone has one extra sensor at the back. It is an ultra-wide 8 megapixel. The primary 48 MPx camera has the same parameters for both, but of a different manufacturer.

The camera in the Mi A3 handles better with dynamic range, and also has more beautiful and vivid colors. Photos from Redmi Note 7 are more "cool". In low light conditions, both smartphones are the same - relatively bad. However, this is solved by a good old Google Camera application. Installing this app is the first thing you should do after unpacking any of these smartphones.

Front camera with a resolution of 13 MPx on the Note 7, it will probably lag behind the 32 MPx camera on the A3 "a little". And it still is. In the video above you can see a marked difference in the quality of selfie photos and videos. The Mi A3 clearly leads in this area.

Fingerprint sensor we find at Note 7 on the back in the middle. The Mi A3 is located at the front below the display. This is probably the last difference between these two rivals, if we do not count the price.

The last important parameter that is constantly changing

We traditionally present information about the price at the end of our comparison. This is a parameter that will weigh significantly when buying a new phone. Many of us have a clear price limit set before we even look for a new helper.

So how? Did the comparison help? Let us know in the discussion which one you would choose and why. In our country, the winner is Xiaomi Mi A3. Although the starting price is a bit higher, more compact dimensions, better cameras, AMOLED display and Andorid One convinced us. The price will definitely fall over time and it will be a very interesting smartphone.

Xiaomi is testing the new Mi Health app. Will it be a replacement for Mi Fit?

Redmi is working on his first smart TV. This is the first information