Chinese brand Xiaomi In addition to other innovations, such as the new Mi Air Purifier 4 Pro, it has officially introduced Xiaomi Mi Induction Cooker 2. It is an intelligent household induction board with an NFC chip and many other functions.

The second generation of the thin and stylish induction plate builds on the original model and brings several improvements. There are also smart features such as a connection to a smartphone or new smart recipes from the manufacturer.

In terms of design, we can observe minimalist elements modeled on the previous generation, as well as the same dimensions and virtually identical weight. However, as the main novelty, this time the manufacturer also brings us an NFC chip, which you can use, for example, to read recipes from a smartphone.

New induction plate Xiaomi Mi Induction Cooker 2 offers a pair of coils for heating the body, with a maximum power of up to 2100 W. In addition, there are 6 cooking modes: manual mode, hot pot mode, steaming mode, soup mode, saute mode and mode for frying.

In addition, this new generation also uses a temperature recognition system, which will allow us to set the induction plate more precisely. For this purpose, a probe placed between the body of the device and the glass of the induction plate is used. This regulates the performance of the device itself with respect to the mode you configure on the small, integrated LED screen. 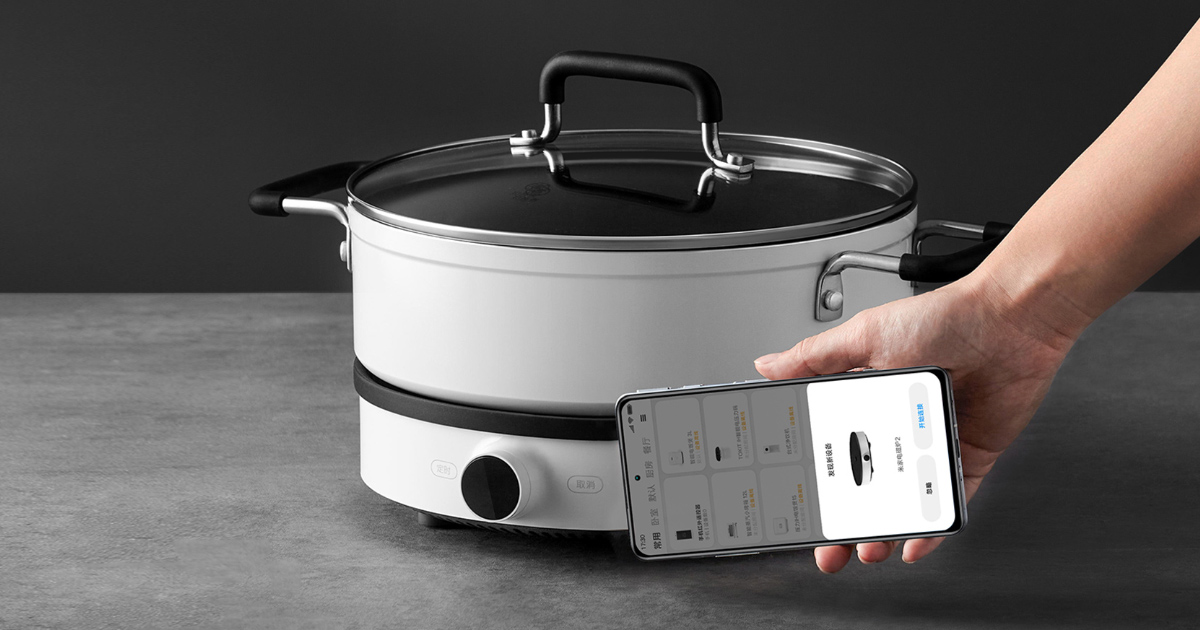 The equipment also includes the aforementioned chip NFC. The intelligent recipes, detailed in detail step by step, which you will find from the manufacturer in the application, can only be displayed by bringing your smartphone closer to the induction board.

Thanks to the Bluetooth connection, you can also connect the induction board to a well-known mobile application Xiaomi Home. It will offer not only remote control of the device, but also its start-up, in case you are not at home and you have the ingredients ready for cooking (requires the Xiaomi Gateway device).

As for the price of the new induction plate, it starts in China at value 299 Chinese yuan. Due to the features, this is a surprisingly low selling price, in terms of only 39 € / 46 USD. This product will initially be sold only on the domestic Chinese market, although it is very likely that it will also be offered by well-known international retailers in the coming weeks.

Do you like the new induction hob from Xiaomi? If you have any questions about this product, you can feel free to write them to us below in the discussion below the article. Follow our new group on Facebook: Xiaomi Planet - A place for real Xiaomi fans and also our portal Xiaomi Planet and you will learn more.

Xiaomi Mi Robot Vacuum-Mop Pro vacuum cleaner still for a record 189 €. We ordered it and it arrived in 2 days!