The Xiaomi Mi Mix series comes to life. New models will be introduced this year

Xiaomi Mi MIX. A kind of smartphone standard with a frameless design. It was the first Mi MIX that began the era of displays that stretch to the edge of the device and use almost the entire front. Recent leaks indicate that the manufacturer plans to renew the series.

The first Mi Mix smartphone came on the market in 2016. It was a very large device with top parameters and a ceramic back. Its price was also not the lowest. However, the design was far ahead of any competition. The feeling of luxury literally screamed from him.

This smartphone received several successors. Mi MIX 2 was slightly smaller with newer hardware. But the Wow effect from the first model was somehow missing. The frame below the display was narrower, but the other frames were wider. He then came Mi MIX 2Swhich offered the same design with better specifications. 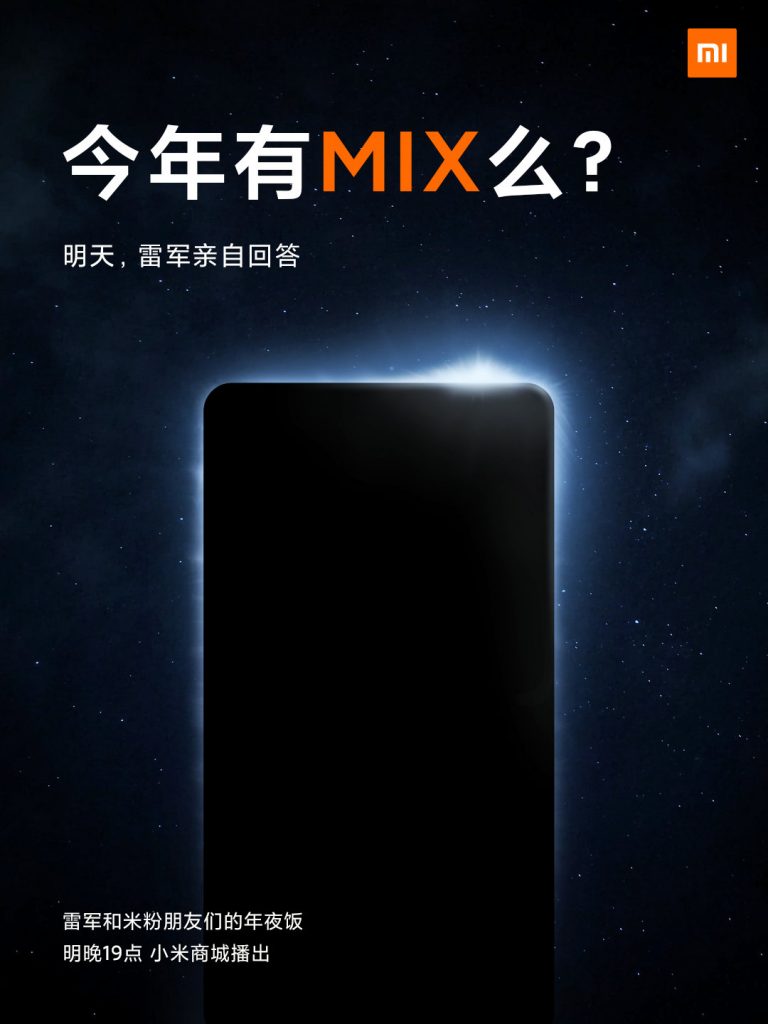 So far, the last model in this series that went on sale was Xiaomi Mi MIX 3. The most interesting thing about it was the sliding structure. After ejecting it, a selfie camera appeared. It was 2018, which was a year of experimentation and speculation over where to hide a selfie camera.

The rebirth of the Xiaomi Mi MIX series

But the manufacturer has developed another model. The MIX Alpha did not go into official sale, but some YouTubers have had the opportunity to try this concept. Almost his entire body was one large display. Its integrity was disturbed by the part with the camera on the back. And that's how we got here, to 2021.

Xiaomi is preparing a new series of Mi MIX 4. We do not know the expected specifications at all yet. We know practically nothing about these models. It is possible that the Mi MIX 4 will be the manufacturer's first folding smartphone. Or two models will be introduced - one with a folding display and the other with a display similar to the Mi Mix Alpha.

Xiaomi Mi Mix smartphones will definitely not be cheap

But you have to prepare for the fact that technological progress is paid for. As you know, folding models today are among the most expensive smartphones ever. Even a display around the entire perimeter of the device will certainly not be a cheap affair.

Tomorrow, February 7, we should find out what Xiaomi will finally present to us. We will follow this topic closely and we will inform you about any news.

After a long time again in the EU stock: Xiaomi Mi TV 4S 55 "with 4K resolution, support for Netflix and Chromecast