Mi Smart Projector 2 is the new projector of the Chinese giant. - Xiaomi Planet

Xiaomi introduced a new generation of its compact smart projector last September. Xiaomi Mi Smart Projector 2 can display up to 120-inch images and also has the Android TV operating system.

Well-known retailer Edwaybuy is coming up with a new offer of the global version of Xiaomi Mi Smart Projector 2. It is a version directly intended for Europe, with the official Android TV system and all languages.

It is currently on offer from a German warehouse, which means duty-free and express delivery within 7 days. The advantage is also full-fledged 2-year warranty. 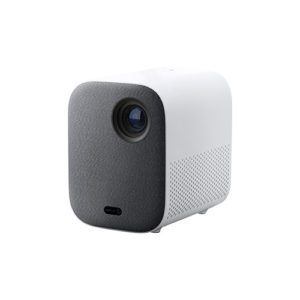 Although hair projectors look the same at first glance, there is still a fundamental, and probably the only, difference between the first and second generations. Mi Smart Projector 2 has multi-angle automatic keystone correction. In practice, this means that the projector can automatically adjust the image from almost any angle.

The first generation of the projector does not have such a function, it only has automatic image focus, which is, of course, part of the second generation.

You will appreciate this function if you cannot place the projector directly in front of a wall or it is on an uneven surface. This is best explained in the gif image attached above. In terms of performance, brightness or system, the projectors are exactly the same.

Up to 120 ″ image in FullHD resolution

The design is very similar to the previous generation. The dimensions of the device are 115 x 150 x 150 mm and the weight is 1,3 kilograms. The body is made of plastic. The front is unlike the others in a dark gray color. The rest is white. 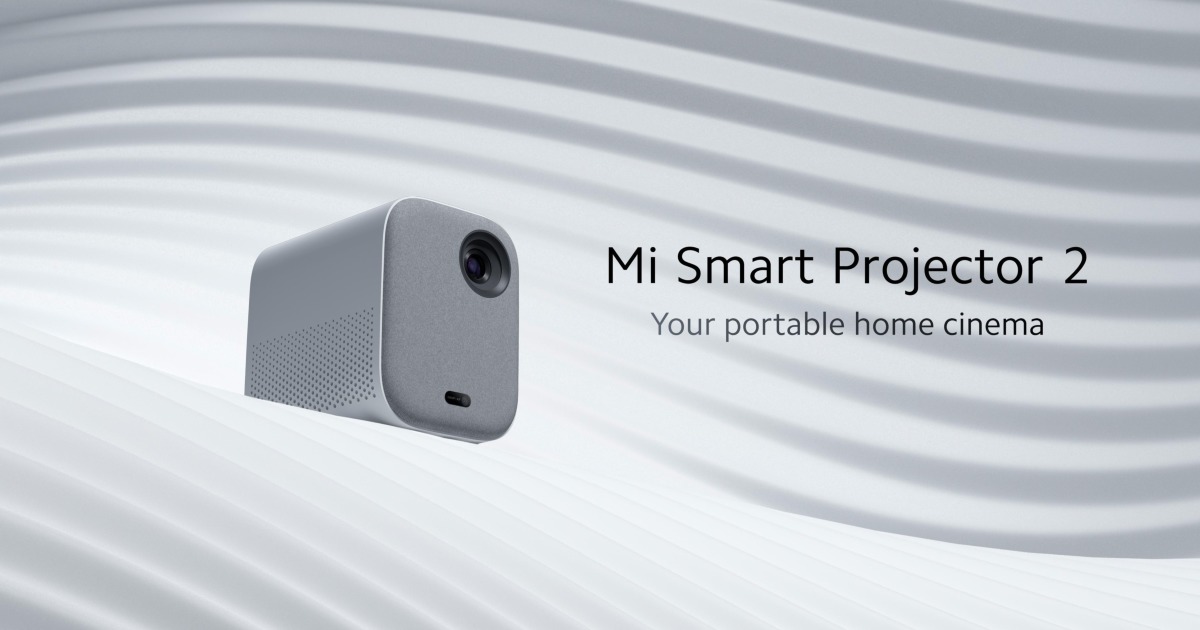 Xiaomi Mi Smart Projector 2 can create up to image size from 60 to 120 inches with native Full HD resolution (1 x 920 pixels) and autofocus. There is also no lack of automatic image alignment, such as if the projector is on an uneven surface. 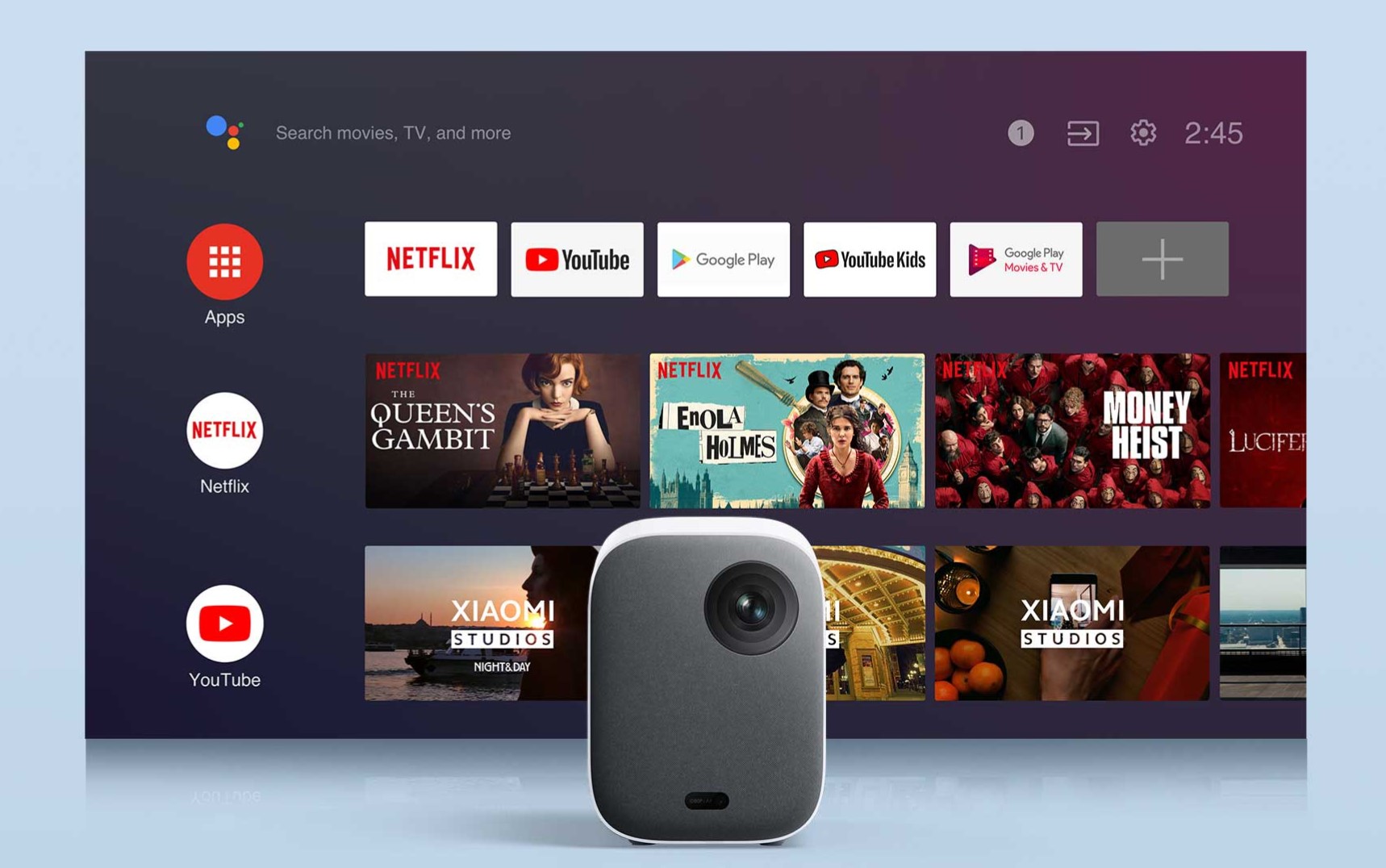 Support for HDR10 technology is also used to enhance the image. The brightness is slightly higher again. The maximum luminous flux is at the level 500 ANSI lumens.

Inside, it runs on the Android TV operating system. It has 2 GB of RAM and 16 gigabytes of storage. There is a wide range of application support, led by Netflix. Google Voice Assistant is also part of the system. 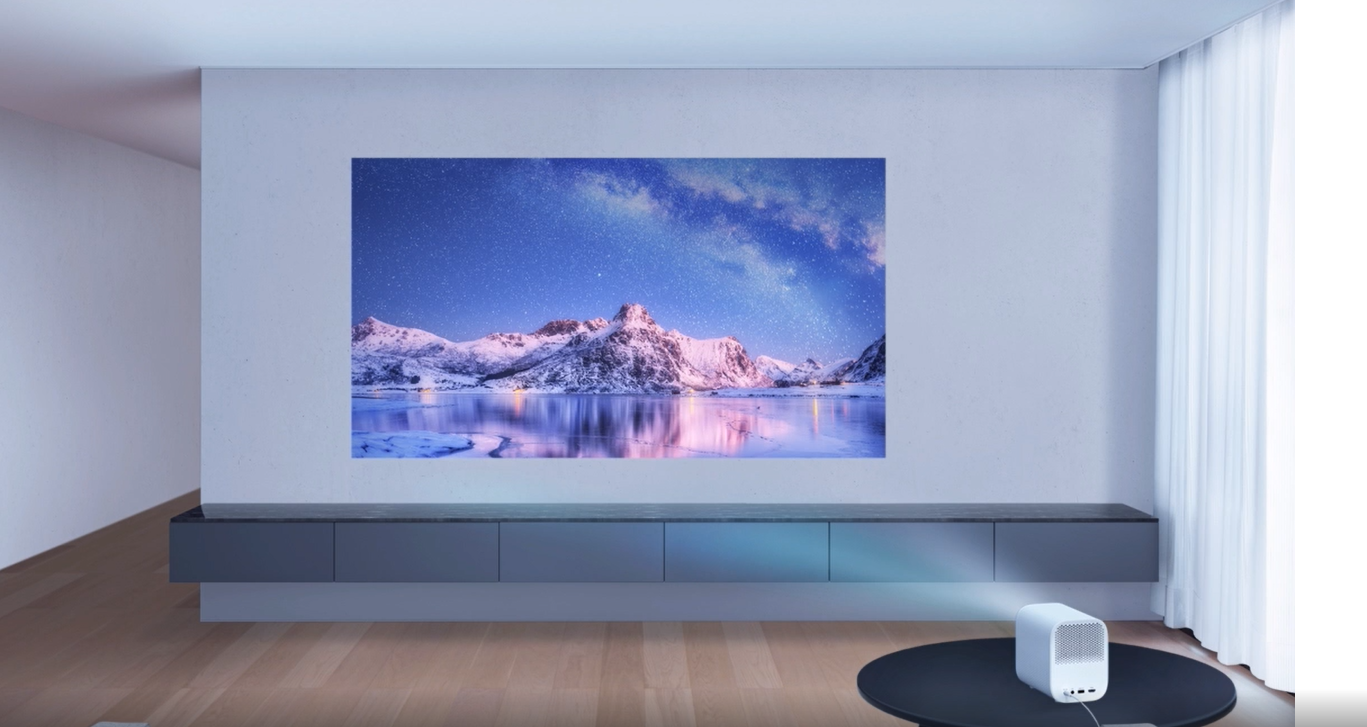 You can use Google Now to control all connected smart devices. One controller can rule all. It can connect to the Internet via Wi-Fi and Bluetooth 5.0 technology is also present.

Xiaomi didn't forget about proper audio either. They are located in the body of the projector two 5-watt speakersthat have technology support Dolby Audio.

At the back of the connectors, there is also a fan outlet that cools the entire projector. The noise level of the Xiaomi Mi Smart Projector 2 does not exceed 28 dB. Under the exhalation there is a power supply, USB-A 2.0, a 3,5 mm audio connector and an HDMI port.

The official retail price for the European market has been set at 599 euros, so thanks to our coupon you can have a much better, much cheaper projector.

How do you like this new projector? Would you find its application in your functioning? Let us know below in the comment below the article. Follow XiaomiPlanet, subscribe to the newsletter and join our group on Facebookwhere we form an active Xiaomi community.

Premium Xiaomi Smartmi DC Inverter Floor Fan 3 with new coupon in EU stock. It can reduce dust in the home

Lightweight Pro version of the FIMI X8 Mini drone has a 4K camera, 3-axis stabilization and the latest coupon