Xiaomi has patented a hitherto unseen technology: a moving wide-angle camera for smartphones

There is no doubt that it is the cameras on smartphones that make significant progress every year Xiaomi currently patented moving wide angle camera designed for smartphones and we already know the first information about this upcoming technology.

Last year, we were able to witness several patents that the Chinese manufacturer Xiaomi obtained. A large number of different and creative ideas will now be enriched by another patent, the subject of which should be a mobile wide-angle camera designed for smartphones.

New information comes from the workshop of the popular website LetsGoDigital. They show that Xiaomi has already registered a new USPTO patent. His sketches point to a completely unusual mobile camera, which should allow us to get a greater viewing angle.

As we can see in the technology diagram, this new idea from a Chinese manufacturer's workshop adds two cameras to the back of the smartphone that can move horizontally. This would allow both cameras to get a larger field of view without the need for a wide-angle sensor.

The highest quality image from a smartphone

Thanks to this technology, image distortion could also be prevented, which we can see today in wide-angle images, especially in the corners and around the edges of the photograph.

By combining the two photos obtained with this pair of sensors, we could get the best wide-angle photo that a mobile phone can currently produce. 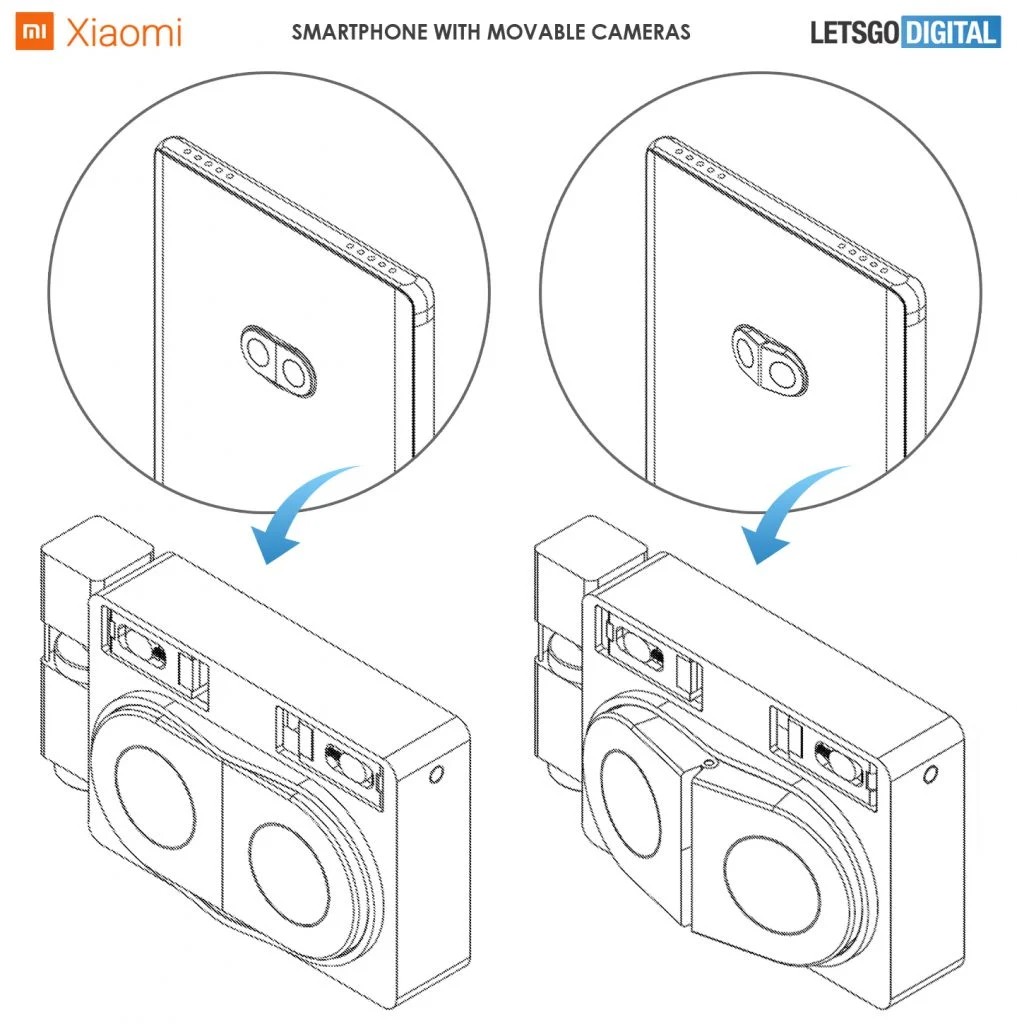 For recapitulation, this is another ambitious patent from the Chinese manufacturer Xiaomi. At present, however, we cannot say whether it will go into series production or, conversely, into oblivion. However, it is clear that Xiaomi is striving to constantly improve its smartphones. The number of new patents acquired only indicates this.

Do you like the new concept of the moving wide-angle camera from Xiaomi? Would you consider buying a smartphone with this technology? You can easily write your observations and opinions to us below in the discussion below the article. Follow the portal Xiaomi Planet and learn more.