Xiaomi prepares the flood sensor, along with a smart watch designed for children

According to the latest information, there are two new, upcoming products from the Chinese workshop Xiaomi, received certification Bluetooth. We are talking about a device that is supposed to serve as a sensor for floods, but also about a new, children's smart watch. Kids Smartwatch Me 4 C.

Xiaomi is preparing a flood sensor

A device known as My Flood Detector, was certified for Bluetooth revealed only recently. From the very name, it follows that it is a simple sensor that responds to water, or to the form of flooding.

For example, it will work in the home, informing you of a water leak in one of your rooms. It will probably be possible to use it somewhere in the outdoor environment.

By the way, alone Xiaomi in 2017 it introduced a similar device with the name Aqara Water Leak Sensor, respectively Aqara Flood Sensor. The device could be placed, for example, on the floor in the bathroom and in the event of a water leak, the user was immediately informed of the fact.

This prepared novelty will work on a similar, perhaps even more advanced, principle. Thanks to the certification of world-famous technology Bluetooth the new sensor is also to be officially sold in Europe.

Previous version still $ 15which is in conversion 13 €. The new generation may be a little more expensive, but more conveniences can be expected from it.

But let's move on to the upcoming smart watch for children. Their designation will be Kids Smartwatch Me 4 C.

Xiaomi even before it started making watches for adults, it had a model line I Bunny Kids Smartwatchwho was interested in just such products. 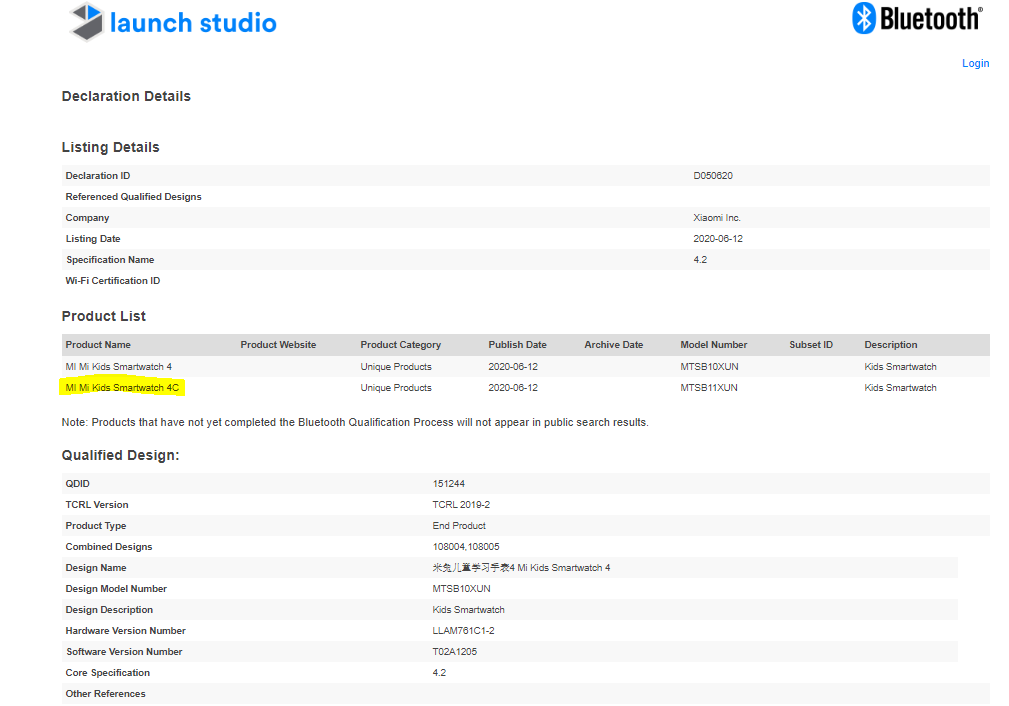 Now, however, we will most likely see a completely new line of children's wearable electronics. Model with code designation MTSB111XUN has according to Bluetooth certification to get this technology in version 4.2.

In this case, we would not be too surprised if these upcoming watches did not see the version intended for the global market, like all previous pieces.

We are definitely looking forward to this news. We will not forget to inform you about their official performance on our website.

Xiaomi is an intelligent lock with a Full HD camera, fingerprint or two batteries. It has a great price