Just a few days ago, an interesting cooperation appeared, which the well-known brought to the Slovak market mobile operator Tesco Mobile. Selected Xiaomi You can now also purchase smartphones at the operator's branches Tesco Mobile throughout Slovakia.

By default, we recommend purchasing Xiaomi smartphones from popular international retailers. Today, however, we will introduce a novelty through which you can purchase a combination of a new smartphone and a SIM card from the Tesco Mobile operator. 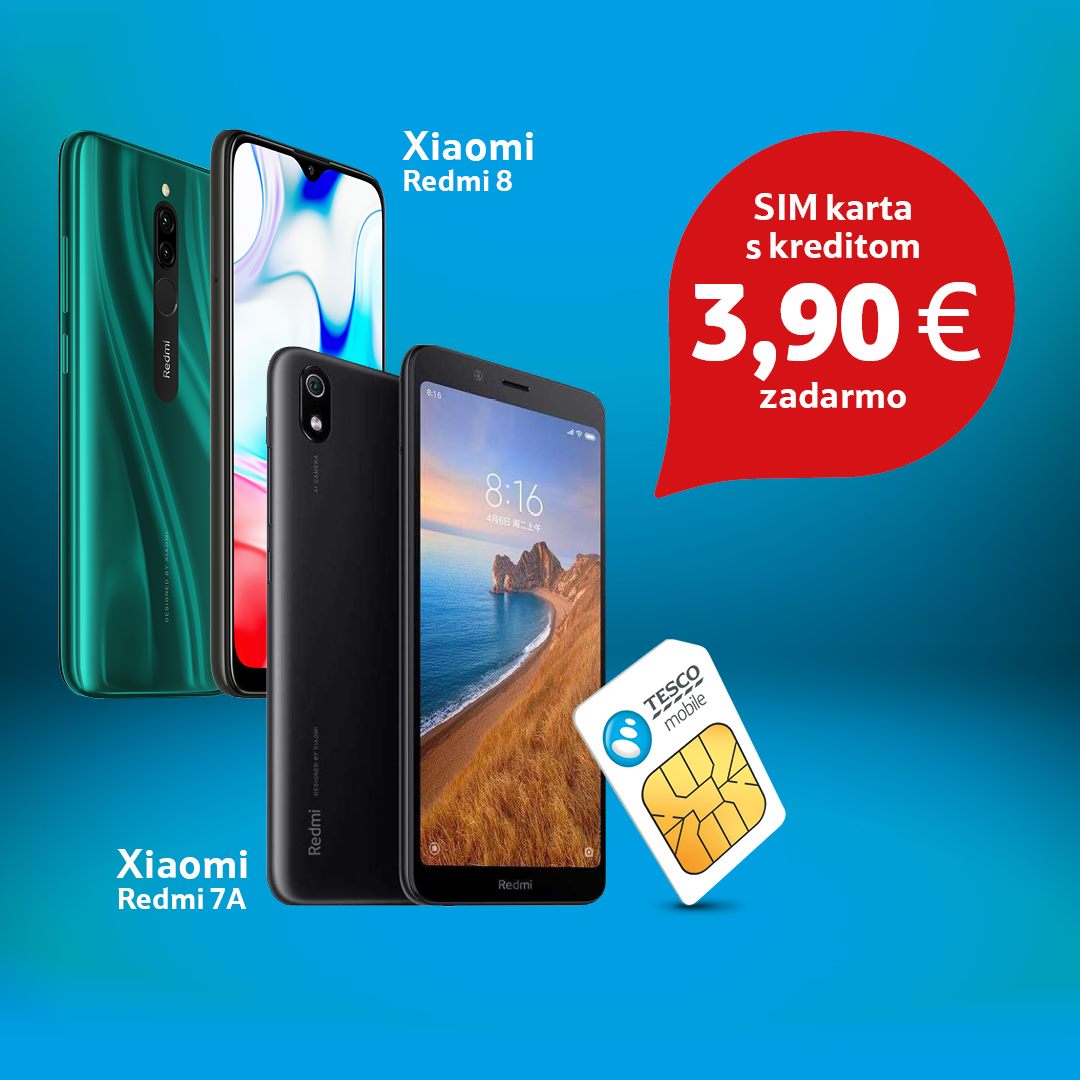 The offer of this mobile operator's equipment includes mostly affordable smartphones from the workshop of the subsidiary brand Redmi (namely Redmi 7A, Redmi 8, Redmi 9 and Redmi 9A). When buying a smartphone, it is now possible to get it as well A SIM card called Dot and a credit of € 3,90 completely free.

According to the operator, the promotion is valid until September 18, 2020, resp. until stocks run out in all Tesco hypermarkets and in the Kamenné námestie Department Store in Bratislava. Smartphone prices are available in Tesco stores. The offer of individual models may vary within stores.

The latest model in the current offer is a smartphone Redmi 9A. It has a 6,53 ″ IPS display with a resolution of 1600 x 720 pixels, 2 GB RAM, 32 GB storage (with the possibility of expansion with a microSD card) and a 5000 mAh battery. It will please the latest Android 10 system, DualSIM, 13 MPx rear and 5 MPx front camera.