Xiaomi smartphones are losing less value than Apple or Samsung

It is not new to that company Xiaomi increased its prices not only in the field of smartphones, but also other products. However, this is mostly reflected in the mobile division, where models such as My 10 or Poco F2 Pro, are significantly more expensive than their predecessors.

Xiaomi they always try to keep their prices as low as possible so that their products are affordable. However, this cannot be said much about their latest products. The price is no longer falling, especially with smartphones, as fast as it used to be.

These are mainly official retail stores, whether Xiaomi Store or various power plants. However, this can be seen perfectly with the flagship Mi 10 model, which constantly keeps the price at € 550.

Compared Chinese seller, who often offer various sales or discount coupons almost right after the start of the sale, it is quite a significant difference. It is significantly cheaper to buy a smartphone, for example, second-hand, resp. bazaar.

It therefore follows that Xiaomi smartphones according to value index they lose less of their value over time, such as Apple, Samsung, Huawei whether OnePlus. 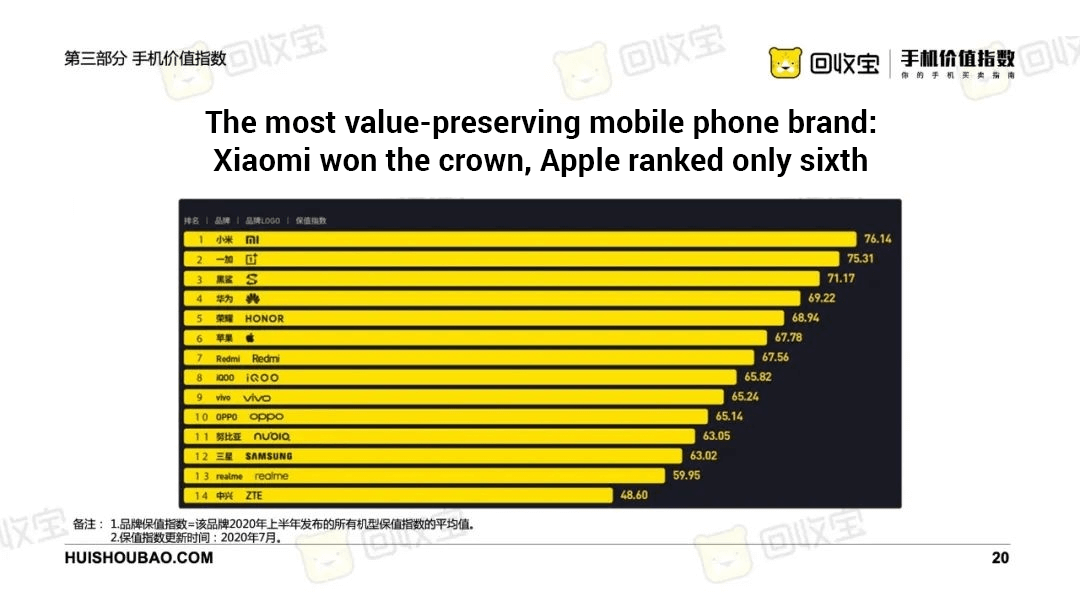 This study takes into account factors such as the purchase or sale price of the product. According to her, on the basis of several months of active sales on the market, the so-called value index. The survey was conducted within the Chinese market.

Based on the study, Xiaomi has become a brand whose smartphones have kept their official price tag, and therefore value, for a long time.

Thanks to this, Xiaomi is able to maintain its value even after several months. Outruns too OnePluswhich is on second place of this ranking. He is followed by Black Shark, Huawei, Honor or even Applewhich placed surprisingly down on 6th place.

The study is based on data from Asian market, mainly from the home China. Shopping habits, trends or prices are diametrically different there, for example in Europe or in the rest of the world. It is therefore necessary to take these results with some reserve.