Xiaomi is rolling Europe. Samsung and Huawei are beating in the new market - Xiaomi Planet

Xiaomi is rolling Europe. Samsung and Huawei are beating in the new market

For many years, Xiaomi has focused primarily on Asian markets. The expansion into the European market began a large two years ago and is bearing fruit. Especially in Europe, it enjoys huge success in many markets.

In Ukraine, the unit

Market research from the analytical company Canalys shows that Xiaomi has achieved in Europe very good results, especially in Ukraine. In the fourth quarter of 2018, Xiaomi mobile phones reached up to 26,7 percent market share. For the first time, Xiaomi got to the first position, by which also beat the famous Samsung with a market share of 26,5%. 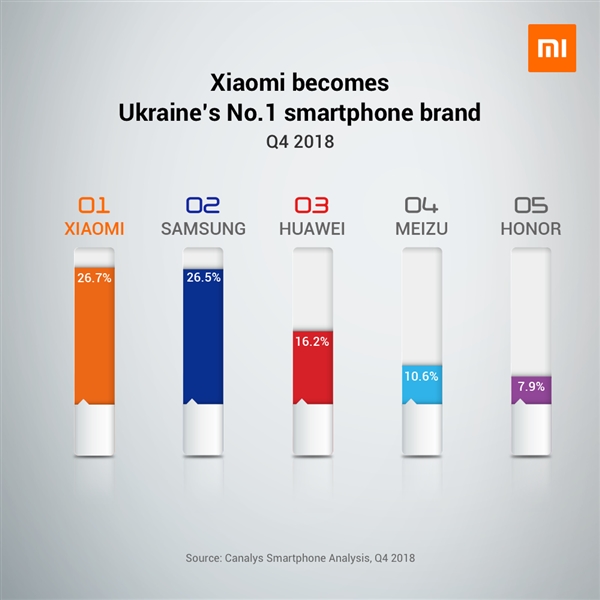 Interestingly, four of the five most popular mobile phone brands in Ukraine are Chinese brands. Other places were occupied by Huawei (16,2%), Meizu (10,6%) and Honor (7,9%). Even if we add up the percentages of Huawei and Honor, they still won't reach the level of Samsung.

Great results even in the west

Xiaomi also performed perfectly in the Western European market. In the Spanish market, Xiaomi increased by 273,4% and currently belongs to the top three. 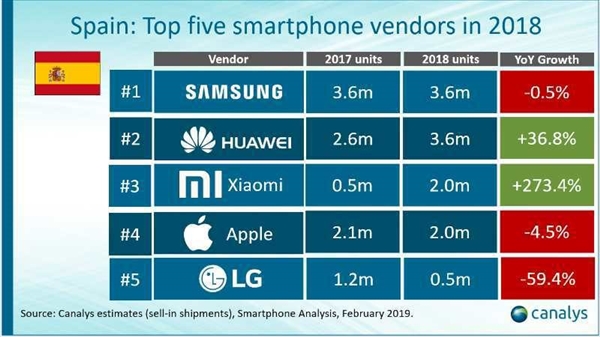 It is worth noting that Xiaomi entered a significant western part of Europe, such as France, Italy and England, only in May 2018. It is quite impressive what results they have achieved in just over half a year. 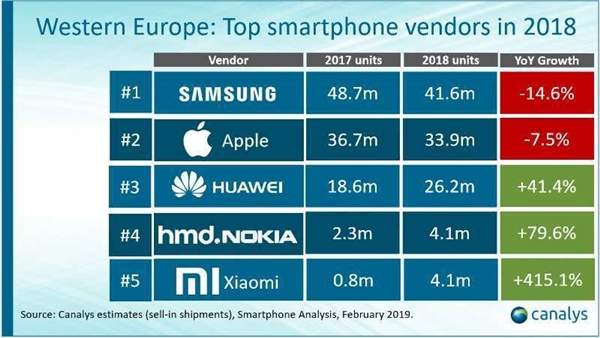 The manufacturer has succeeded ranked in the top five and has become the fastest growing mobile phone brand in Western Europe. The rate of increase is unreal 415,1%.

Since the second quarter of last year, Xiaomi has grown by 150% in the global market. It expanded to to 82 new foreign markets and at 25 he got into the top five. According to the third quarterly financial report of 2018, the company achieved global sales of 22,3 billion yuan (2,9 billion euros), a year-on-year increase by 112,7%.

New renders reveal a folding Xiaomi smartphone in all its glory

This is the official performance date of Xiaomi Mi 9. We will see more news