Xiaomi is creating a new division. It will focus on the quality of cameras in smartphones - Xiaomi Planet

Xiaomi is creating a new division. It will focus on the quality of cameras in smartphones

Xiaomi is constantly advancing, as evidenced by the sale of smartphones, but many users complain about the lower quality of the cameras.

Therefore, the CEO of the company, Lei Jun, decided to work on this hardware part. He recently sent an internal e-mail, which, as usual, was immediately made public. The content of the e-mail is about creation camera division in smartphones. The decision, which we can consider to be the right step forward, was made by the company's CEO himself, saying right now considers smartphone photography to be one of the most important features of modern smartphones. 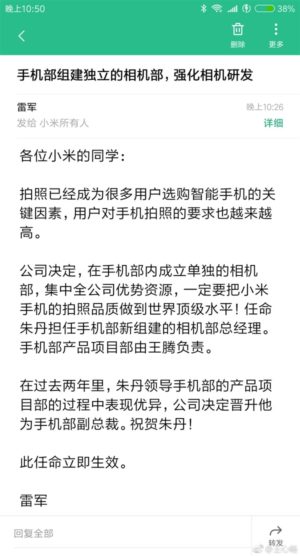 With his decision, he wants to work on image quality created just by a mobile camera and so wants to allow other phones in the series Redmi a Mi compete with other top smartphone manufacturers.

The Xiaomi model, which scored in the well-known DxO Mark ranking

The first smartphone with a dual camera from the Mix series, specifically Mi Mix 2S, received an overall rating 97 points in the said ranking. Image quality score has climbed to 101 points. The company believes that a special team of developers every Xiaomi smartphone can improve in image quality. 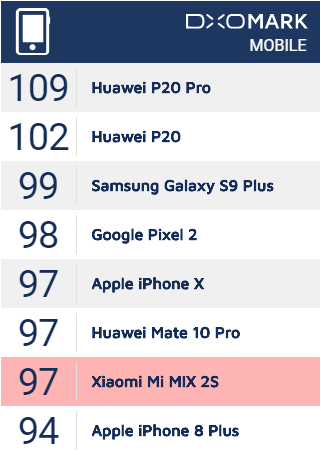 Sad news at the end

The creation of this division will no longer help the new flagship, model Mi 7. Anyway, the specifications of the camera of this model are interesting. Dual 16 Mpx camera with aperture f / 1.7 a 4-axis image stabilization. The second camera offers 2X optical zoom, without losing image quality details. We can say that we are curious about the quality of the images of the new flagship.

Xiaomi again demonstrates its quality: It has become the 4th largest smartphone manufacturer in the world!