Xiaomi is experiencing golden times. Defeats Apple in the sale of wearable devices

The market for wearable devices is constantly growing. Xiaomi is also on the wave of popularity of this segment, right on top of it. According to IDC (International Data Corporation) the chinese giant defeated the american in the number of units sold in the third quarter of 2018.

Xiaomi as the king of the wearable equipment market

90,9 %. This increase in sales was recorded by Xiaomi in the third quarter of this year compared to last year. The huge increase is clearly due to the new generation of the popular fitness bracelet - Mi Band 3. The increase was certainly helped by the relatively rapid expansion of the brand to other European countries. Xiaomi sold overall in the third quarter 6,9 million smart watches, while Apple delivered 4,2 million units. As a result, Xiaomi gained up to 21% share of the global market for wearable devices.

Find out the best price 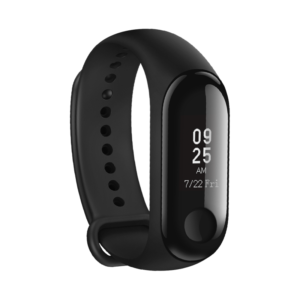 Worldwide deliveries of wearable devices increased significantly this year, reaching 32 million units in the third quarter - almost 22% more than in the previous year. The increase was also felt by the company Fitbit, which placed third with 3,5 million units. The fourth place belongs to another Chinese company, Huawei, which supplied 1,9 million smart watches. Samsung finished fifth.

The new flagship from Xiaomi will get up to 48 MPx camera. It will come in January