VIDEO: The flagship smartphone Xiaomi Mi 11 can withstand falls from a height of up to 2 meters

From the introduction of the expected flagship smartphone Xiaomi Mi 11 a month has passed. Although the biggest advantages of the device were already revealed to us at the performance itself, we will only learn about some of them now.

We brought you a few hours before the launch an article on the implementation of the most advanced Corning Gorilla Glass Victus goggles. Increased resilience is a matter of course, but in the recently released video we see these qualities in practice.

The manufacturer itself boasted on social networks of the premium resilience of its latest addition to the family of flagship smartphones. In the video below you can see several tests where the smartphone falls from a certain height, but there is no damage to itself.

The protagonist in the video did not hesitate to drop the phone from above 79 centimeters, later from 147 centimeters and finally up to 2 metrov. After each fall, the smartphone is shown on the camera, however without any sign of damage.

This above-average resistance is largely attributed to the protective glass used. On the back and front we find the Corning Gorilla Glass Victus slide, which is up to 2 times more scratch resistant and 1,5-hub more resistant to rupture than its predecessor. 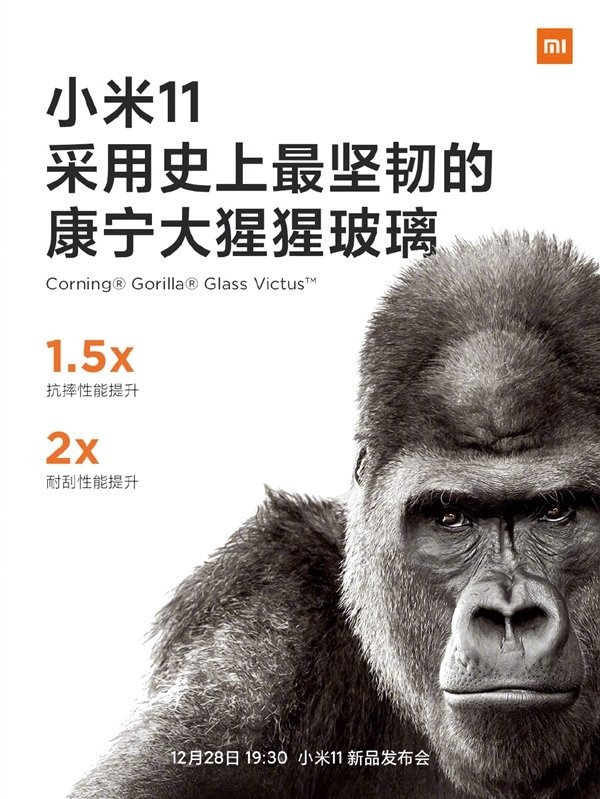 Similar demonstration videos confirm us in the very rich and high-quality equipment of the Xiaomi Mi 11 smartphone. We are already very much looking forward to the upcoming global performance and as soon as possible we will subject the phone to ruthless testing.

In the comments below the article, you can write to us what physical protection your smartphone has from scratches and cracks and how satisfied you are with this protection. We are happy to read your observations and opinions.

Himo C20 bike with a range of up to 80 km has a pump hidden in the seat. It has a great coupon in the European stock

MIUI 12.5 in a global version will be introduced on February 8. We can also expect Xiaomi Mi 11