POCO is preparing an available POCO M3 smartphone. It will arrive on November 24

POCO is preparing an available POCO M3 smartphone. It's coming this month

A subsidiary of Chinese Xiaomi, POCO, is preparing its new available smartphone with the designation LITTLE M3. We will see it in a few days, the official performance should take place later this month, according to available information. We already know some leaks of information about the upcoming device.

New smartphone from the company's workshop POCO is in preparation and, according to the available information, it should be an available device with a label LITTLE M3. The M series was also indicated by a post on the social network Twitter. He just revealed the slogan "More than you expect".

Been busy and and thought I could get a sneak shot in… Till @POCOGlobal saw me and stopped me.
But...#POCO #POCOcomingSOON pic.twitter.com/O0eejVeugB

Whether this device will meet the mentioned slogan and bring surprising results, we will have to wait for a while. The official presentation should take place as early as November 24, 2020. However, as is already well known, some models are duplicates and subsidiaries are in the habit of borrowing individual equipment.

It will not be otherwise in this case either. The information was also confirmed by the official representation of the POCO India brand. This claims that the upcoming smartphone will not come from the brand's own direction.

Looking at previous leaks, we know that the device that will be duplicated this time is a model being prepared. Redmi Note 10 4G. 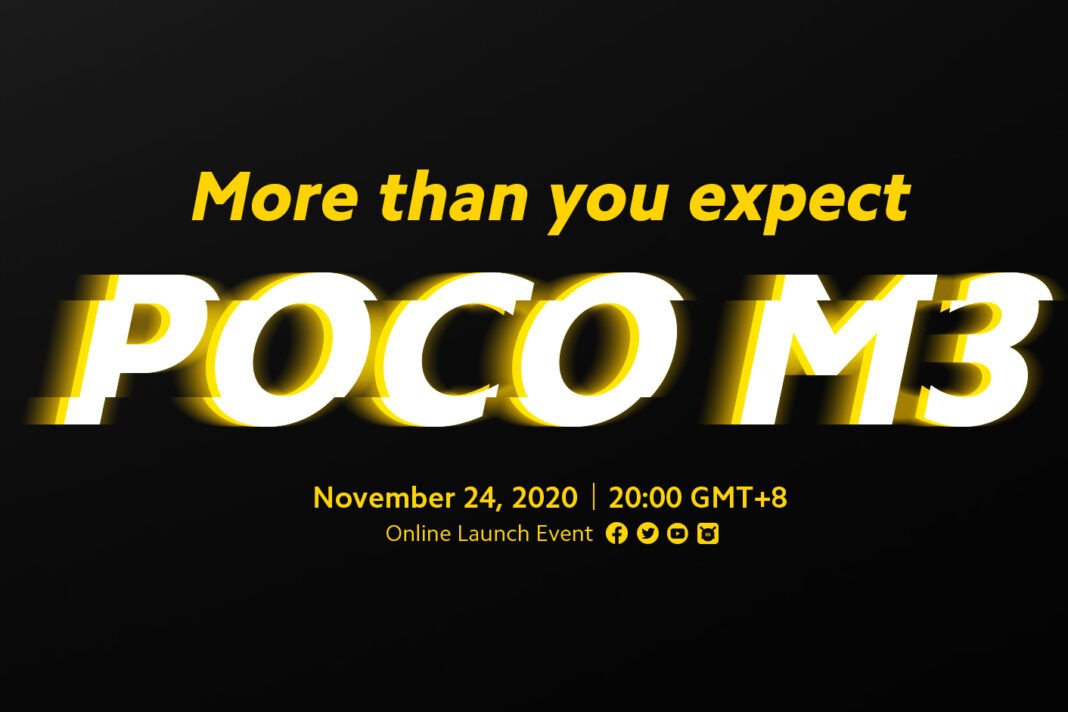 After all, this is not a negative report. At the end of this process, the customer will get, especially at a low price, very good equipment even at the cost of the mentioned duplication. Chinese model with code designation M2010J19SC should be supplemented by a global and an Indian version with similar designations M2010J19SG a M2010J19SI.

The upcoming novelty has already appeared in the TENAA certification. Thanks to this certification, we know some technical specifications. The smartphone should include a 6,53 ″ Full HD IPS LCD display with a drop-shaped cutout. It contains a front camera with a resolution of 8 MPx.

In terms of performance, a processor should be available Qualcomm Snapdragon 662, complete with 4 GB of RAM and 64 GB of internal storage. The rear offers three rear cameras, while the main one offers a resolution of up to 48 MPx.

The software of this smartphone will cover the Android 10 operating system, traditionally supplemented by a graphical superstructure POCO Launcher. There will also be a large battery with a total capacity of 6000 mAh, which can be charged with up to 22,5 W fast cable charging.

Do you like the upcoming smartphone from the workshop of the subsidiary brand POCO? Would you consider buying this device? You can easily write your observations and opinions to us below in the discussion below the article. Follow our Facebook and portal Xiaomi Planet and learn more.

The new smart air conditioner from Xiaomi can regulate the humidity of the surrounding air. The price tag is surprising