The Redmi K30 Pro gets a sophisticated second-generation night mode: We know other parameters - Xiaomi Planet

Nový Redmi K30 Pro is coming in a few days, exactly 24.03.2020. However, Redmi is increasingly revealing the specifications of this smartphone to us, and today is no exception.

The Reds show great photos from the new night mode on their official Weibo profile. The name of this mode is Super Night 2.0. The Redmi K30 Pro carries a total of four sensors, now the manufacturer has focused on the main one.

The main 64 MPx sensor Sony IMX686 consists of a total of 7 lenses, which in itself helps to make beautiful night photos. Seven lenses allow higher light transmission, which logically increases the quality of night photography.

The main camera will support Super Night 2.0 technology developed by Xiaomi. The technology automatically extends the exposure time and creates perfect photos even in low light. Redmi published a preview of a night photograph of the city in its original resolution. You can see it higher.

Redmi cares about the design and elegance of its smartphones and the Redmi K30 Pro is no exception. However, with the Redmi K30 Pro, great care was taken in the internal layout of the components to take up as little space as possible.

Reducing the space for components was important for the placement of a relatively large camera module, but also for a larger battery capacity.

According to official information, Redmi managed to arrange up to 61 components per square centimeter! An amazing technological feat. 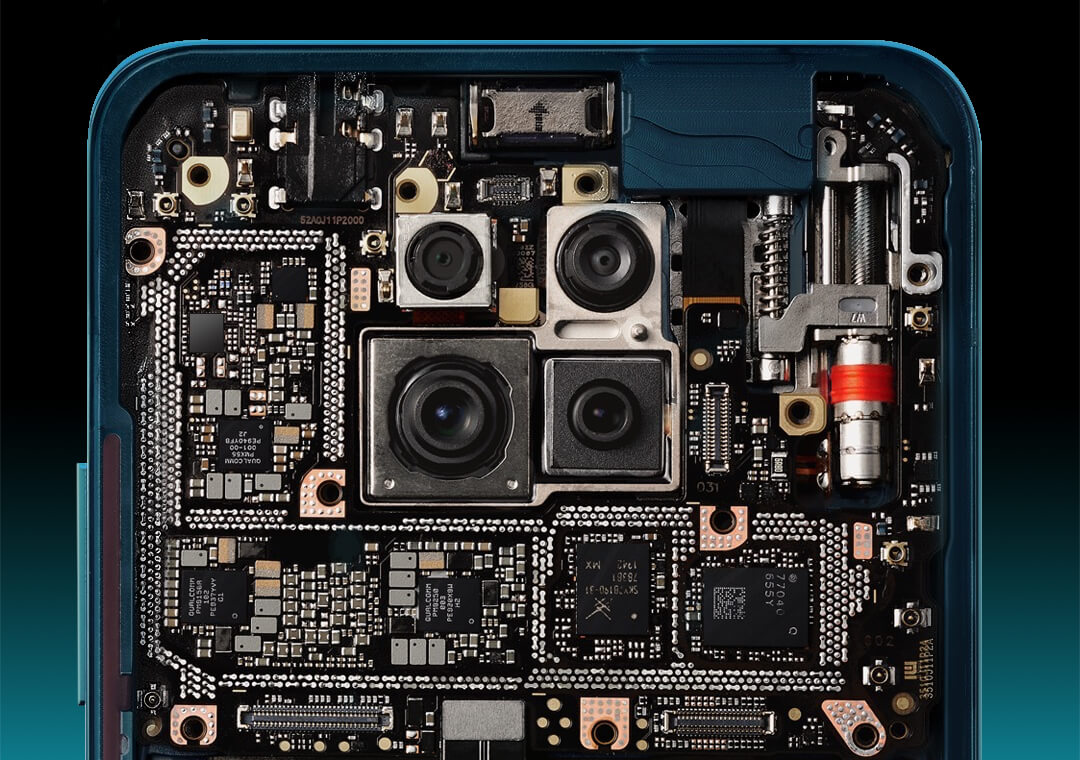 The mentioned "sandwich" design of the motherboard consists of several layers. We have 3 basic layers: a motherboard with a processor and RAM, an RF board with various wireless connections and other chips, and an "intermediate board".

This intermediate plate is used for efficient heat dissipation from chips and RAM. This cooling is also aided by the placement of components to increase cooling efficiency.

Redmi's director, Lu Weibing, also mentions the high difficulty of assembling such a motherboard in combination with a mechanical module for extending the front camera. According to him, such a mechanism takes up a lot of space, which is at the expense of the size of the battery, but also the motherboard itself. 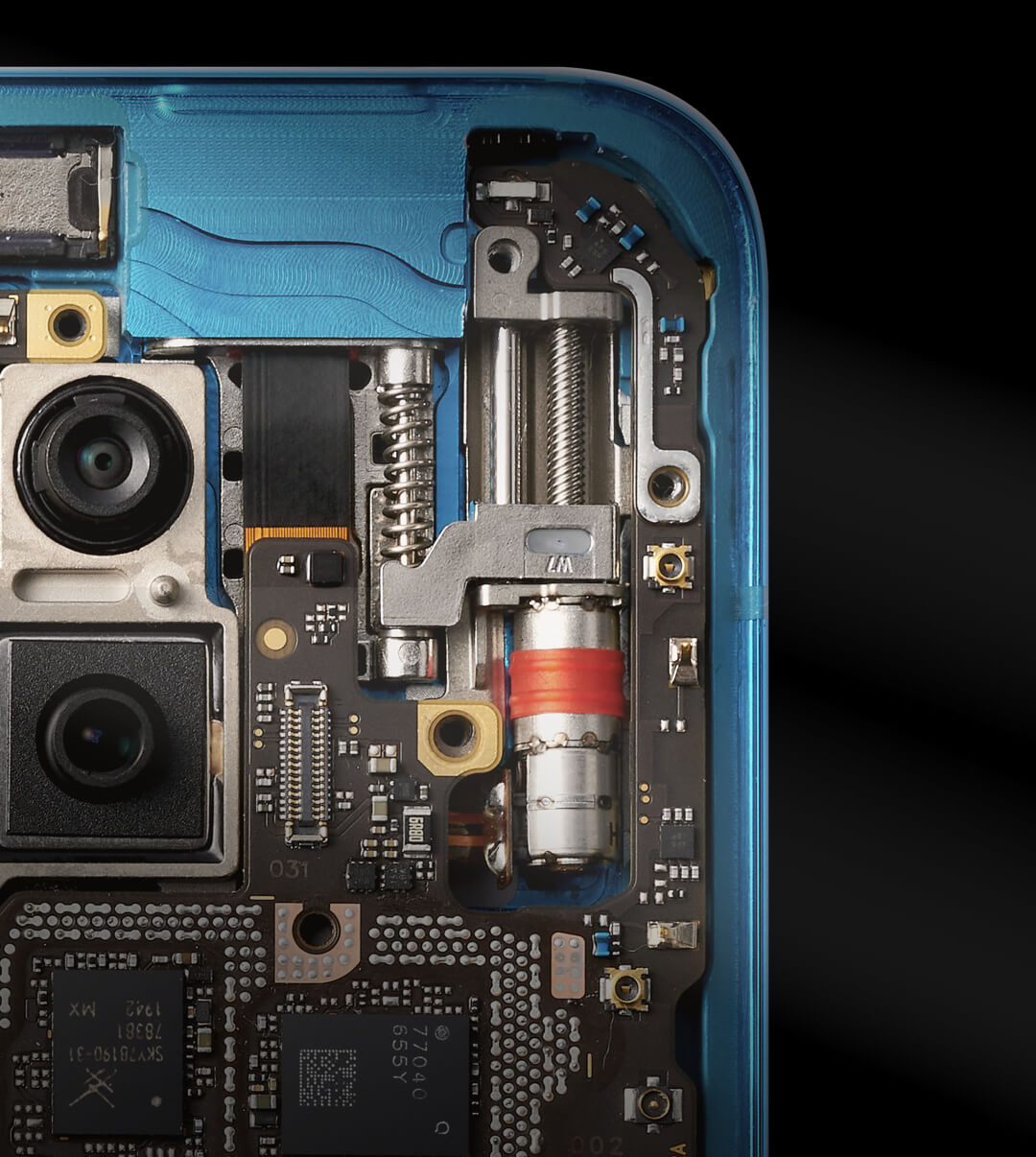 At Redmi, however, they managed to solve this difficult technical issue, and Lu Weibing says that the "sandwich" motherboard and slide-out camera mechanism is one of the most complicated designs in the mobile industry. They definitely deserve our admiration for that.

In addition, the manufacturer has succeeded in improving the technical parameters of this mechanism. The ejection speed in the K30 Pro is only 0,58 seconds, which is 27% faster than the K20 Pro.

This is mainly because the speed of the "slider" in the K30 Pro has been increased from 11,5 mm to 14,2 mm per second and the speed of the camera's self-timer is almost the same as with conventional mobile cameras.

Rich connectivity of the latest generation

Redmi also integrates MultiLink technology into the Redmi K30 Pro, which is used to balance between 5G and Wi-Fi connections. The smartphone gets a loud mono speaker, so in this case we won't see stereo audio as in the case of the Mi 10.

The new flagship will also receive the latest Bluetooth 5.1 and Wi-Fi 6. Components that are an integral part of the right flagship for 2020.

That's all of the current published parameters. However, we monitor the situation regarding the expected news until the last day, so be sure not to stop watching us.

Xiaomi beats Huawei. It is the third largest smartphone manufacturer in the world