Introducing a new smartphone Redmi K30 is ready for December 10 / December 2019. Some items of equipment are confirmed about others with only speculation. The latest leak brings a complete specification, including the price of the model K30 in version 4G.

Complete specifications have appeared on the Chinese social network

According to the source who brought the information, the device will be released Redmi K30 also in version 4G even though the company lists the smartphone as 5G. This may be a version intended for countries where the 5G mobile network structure is not built. Information today was provided by Meng Chen Guangyu on the Weibo social network. 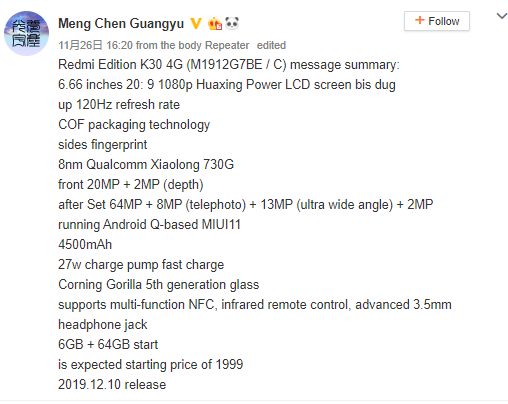 According to him, the Redmi K30 4G will be equipped 6,22-inch LCD display with resolution FullHD + and aspect ratio 20:9. The refresh rate of the LCD panel should be 120 Hz and protection will be technology Gorilla Glass 5.

The main "engine" of the smartphone will be Snapdragon 730Gwhich is an improved and more powerful model of Snapdragon 730. The basic model will have 6 GB memory and 64 GB repository. However, higher RAM and storage versions are also expected. 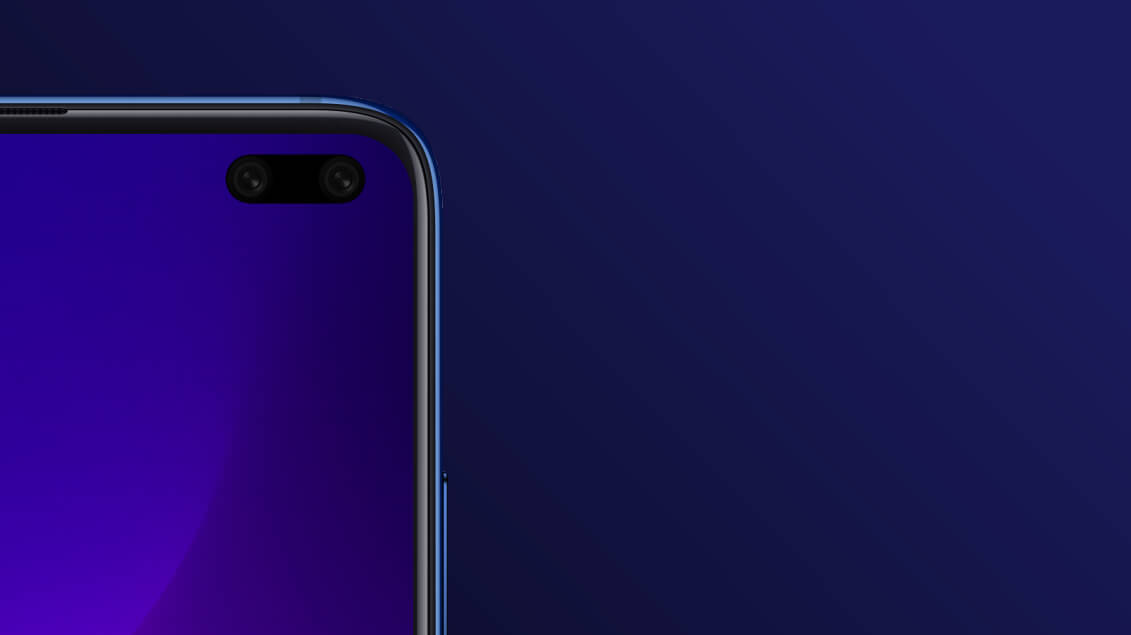 rear four cameras should form 64 MPx sensor in combination with 8 MPx telephoto lens. It will complement them 13 MPx ultra widescreen sensor 2 MPx macro sensor. Again, there should be a combination of sensors in the front of the display 20 MPx.

Information not yet verified

We will just add that so far it is unverified information and therefore it should be taken with a grain of salt. There are almost two weeks left until the performance, during which time we will certainly learn more details from official sources.

Once the Redmi K30 is available, we will send you a coupon by e-mail.