Xiaomi and censorship of words? We know the explanation of yesterday's case from Lithuania

Xiaomi and censorship of words? We know the explanation of the case from Lithuania

Xiaomi smartphones and secret script to censor selected words? It was these allegations that appeared in reports from the Lithuanian government. However, the information that may have worried the people of Lithuania and other users of Xiaomi smartphones now has an explanation. The popular portal dealt with an extensive topic Xda-developers.com.

According to a Lithuanian report NCSC (National Cyber ​​Security Center) Xiaomi smartphones are known to download a file called "MiAdBlacklistConfig", which contains a wealth of "titles, names and other information about various religious and political groups and social movements."

It is said in the file MiAdBlacklistConfig is 449 records. The report goes on to say that “when content is found to contain keywords from a list, the device blocks that content. It is anticipated that this feature may pose potential threats to the free availability of information. ”NCSC also states that the file was found on a Xiaomi Mi 10T device running MIUI Global 12.0.10.

"Our recommendation is not to buy new Chinese phones and get rid of those that have already been purchased as soon as possible." said the Deputy Minister of Lithuanian Defense Margiris Abukevicius according to Reuters.

The editor of the Xda-developers.com website looked at the problem through his own Xiaomi Mi 11 Ultra smartphone with the latest ROM from the Xiaomi.eu workshop. Although it is a localized version of MIUI, it is still based on the original Chinese version, and for this very reason the editor hoped to find a controversial file. MiAdBlacklistConfig with the relevant data.

The file was indeed discovered, but after examining the Mi Video application (not in the Mi Browser, as reported in the message), it was even possible to view the contents of this file thanks to "root" access to the device. The set of this smartphone contained up to 2210 records, in contrast to the 449 records described by the Lithuanian report. However, most are not related to any kind of political or religious groups. 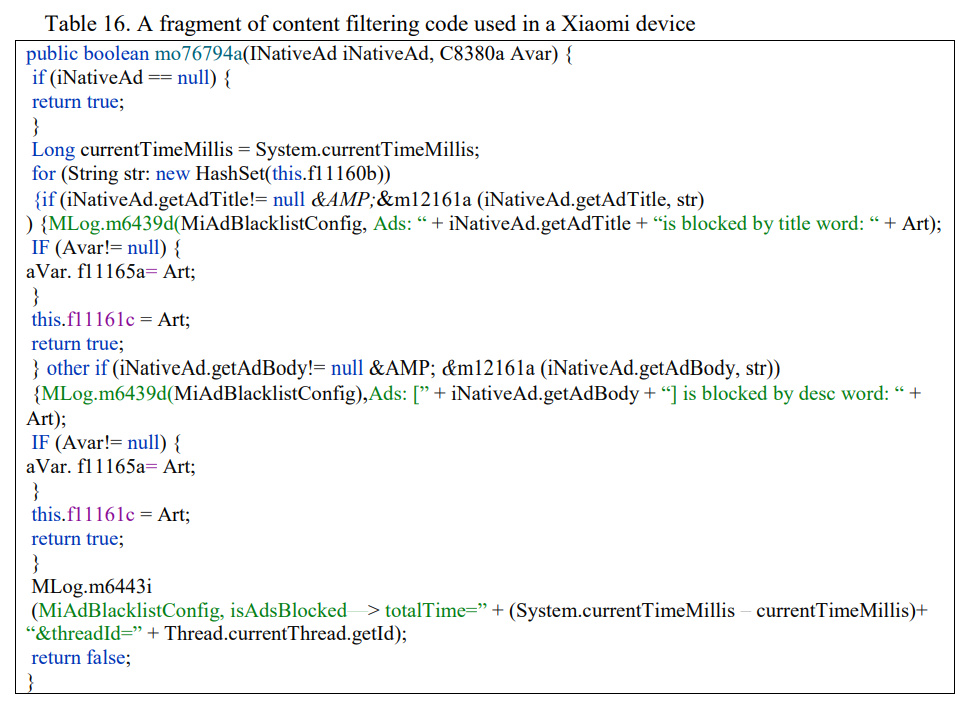 In addition to these examples, the list also includes a number of terms related to the pornography in question and mentions a large group of competing smartphone brands, even including its own models such as "Xiaomi Mi 5". This is interesting, because if it was a censored list, why would a Chinese manufacturer block terms that refer to its own company and its own products?

According to the report from Lithuania, this code, resp. script is not active on devices within the European Union. However, the Office warns that the manufacturer can activate it remotely at any time and sees a relatively significant danger. This is an excerpt from the report:

“We think this feature allows the Xiaomi device to analyze the multimedia content entering the phone; to search for keywords from the MiAdBlacklist received from the server. When a device detects that content contains certain keywords, it filters that content and the user can't see it. […] It is also important to emphasize that this function is activated remotely by the manufacturer. "

While analyzing the file, the editor found out Xda-developers.com just some interesting facts. This is because the code that filters the labeled item may have been misunderstood INativeAd. This is a method that is part of an advertising package SDK (Xiaomi Global Ad Software Development Kit).

As we can see below, INativeAd is used specifically to serve ads on the system MIUI. It is not used in other parts of the system that could compromise the security of users' data or censor their content. Here are some elements that "INativeAd" uses:

It is therefore quite clear that a filter that has been identified as content censorship is actually used to filter ads that have long been placed in the operating system, respectively. MIUI superstructure. Why is this so and why is a filter needed at all? The answer will be shown directly by the smartphone Redmi Note 7 Pro by Xiaomi of 2019.

Xiaomi has had major and quite serious problems with the content of these ads in the past. In 2019, the manufacturer committed to removing "vulgar" ads in order to prevent them from being displayed to users. There are still occasional reports of vulgar and inappropriate advertisements spreading on Xiaomi devices, but it's not nearly as big a problem as it used to be.

The vast majority of items on the list even make sense if we look at them in this context. There are also others, such as:

All three filters are incredibly specific, and they seem to have been designed and targeted at very specific "inappropriate" ads. However, it works quite well in terms of searching for a specific word or. expression. For example, the term 'hottest' is on the list as a filter, and a video called 'Hottest Video of the Season!' Should theoretically no longer be shown to users in ads.

What is the reality?

According to Xda-developers.com browser analysis My Browser in the European ROM on the editorial Xiaomi Mi 11 Ultra and also Xiaomi 11T Pro does not refer to the mentioned file. Xiaomi Mi 11 Ultra and Mi Video refer to it, but only use it to filter ads. The editors also downloaded and tested the latest available version of Mi Browser via APK Mirror, and it also did not contain any links to the MiAdBlacklistConfig file. 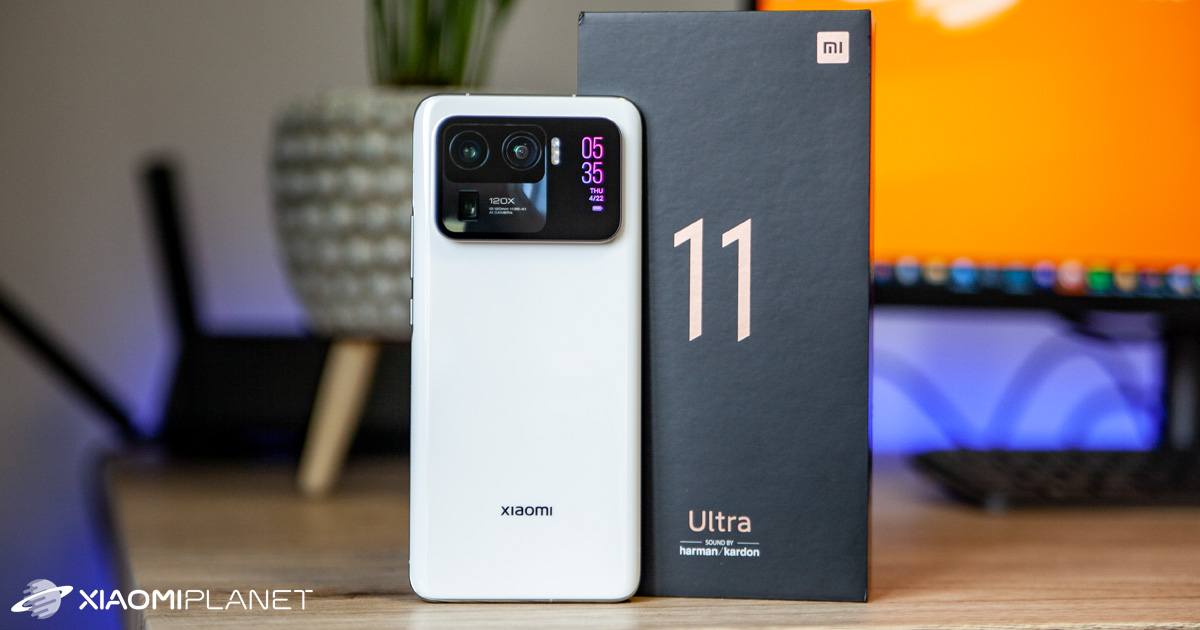 It is not currently about censorship

Are we witnessing censorship? We do not know the use of this tool in the future. However, in the analysis found no evidence, which would indicate that Xiaomi is currently also using this ad filtering tool to censor content.

As the list also included the term "Mi", the manufacturer would also censor its own website and Xiaomi's web browser would not be able to display the manufacturer's official website. Since the term "AdBlacklist" appears directly in the name of this file, it is clear what role this tool is used for.

The analysis also talks about some of the other topics covered in the Lithuanian report. These doubts even appeared in the discussion under the Slovak website, but they have a simple solution. The original report says:

"Studies have shown that when a user decides to use Xiaomi cloud services, their phone number is registered on servers located in Singapore. This is done by sending an encrypted SMS message to a special phone number. "

Lithuania has not published any information or links to these studies, so we do not yet know the source of this section. However, Xda-developers.com has also verified this fact, which concerns the service Xiaomi Cloud. During the last month, an account from the Xiaomi Cloud service was configured on both mentioned editorial smartphones.

There was also speculation in the discussions about rejected SMS messages with text like "Tibet" or "Free Tibet." speculation a no content tracking whether content censorship in this case does not act, or on smartphones in European Union.

Concerns are unnecessary: ​​Xiaomi smartphones do not contain censorship

After a detailed analysis and published statements, we can confirm that Xiaomi smarfons are not content censorship. This is also confirmed by the removal of Xiaomi from the list of Chinese communist military companies in the USA. 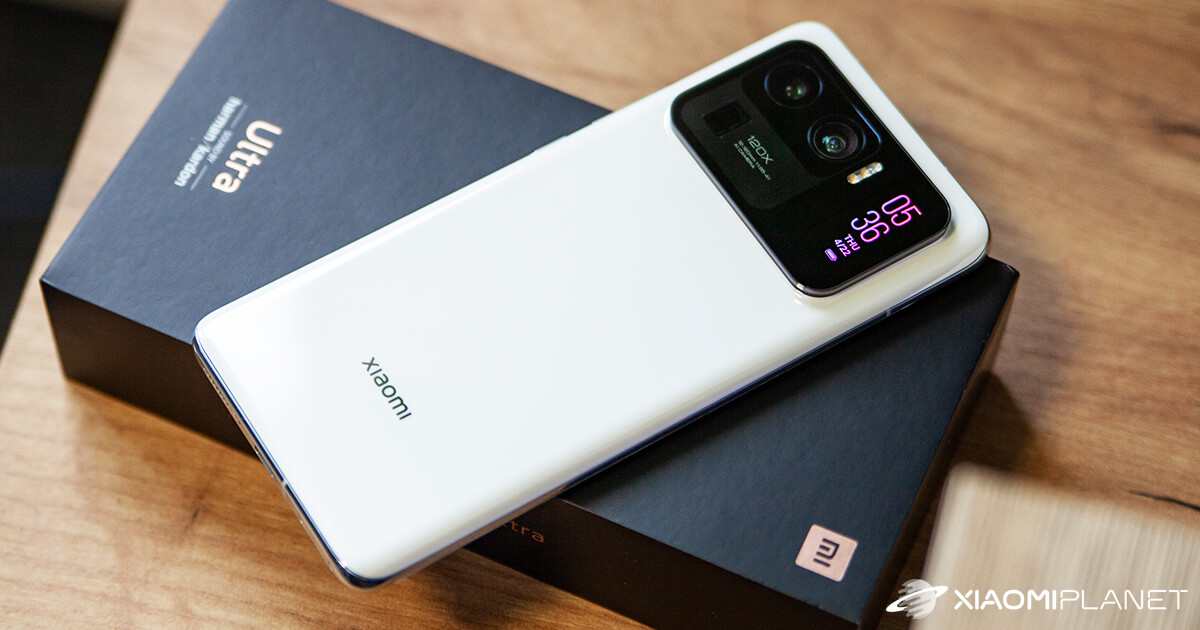 Your data on the smartphone in which you have ads enabled, as well as data in the Xiaomi Cloud service or SMS messages, are safe. Finally, you can read the official statement Xiaomi for Reuters:

"Xiaomi will never restrict or block any personal behavior of our smartphone users, such as searching, making phone calls, browsing the web, or using third-party communications software. Xiaomi fully respects and protects the legal rights of all users. "

The editorial staff of Xda-developers.com also requested the opinion of the Lithuanian NCSC, which, however, has not yet published its explanation for the analysis.

We will update the article.

The first parameters of the Redmi K50 and K50 Pro smartphones have appeared in the MIUI code: Snapdragon 898 and triple 64 MPx camera

Record price in the EU stock: HIMO L2 is the first scooter from the manufacturer of quality e-bikes. It also has a solid design and 10 "wheels